Vietnam calls for adherence to ceasefire in Libya

Vietnam has called on all concerned parties in Libya to abide to the temporary ceasefire in Libya and work to early reach a long-term ceasefire and ensure access to humanitarian aid, at an online meeting of the UN Security Council on Libya on March 26 morning. 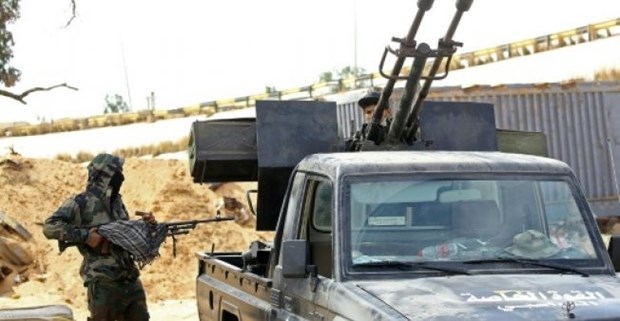 Libyan militiamen loyal to the Government of National Accord (GNA) (Source: AFP/VNA)

At the meeting, Acting Special Representative of the UN Secretary-General and head of the UN Support Mission in Libya (UNSMIL), Stephanie Williams expressed concern about the breach of the temporary ceasefire immediately after it was reached on March 21.

William condemned attacks on civilians in Libya and urged concerned parties to end clashes and ensure humanitarian and medical operations in the country.

Addressing the meeting, Head of Vietnam’s permanent mission to the UN, Ambassador Dang Dinh Quy reiterated Vietnam’s support of the political solution led and owned by the Libyans.

He also called for pushing forward political, economic and military dialogue channels in accordance with the UNSC’s Resolution 2510 that endorsed the conclusions of the Berlin Conference on Libya, and for the UNSMIL and regional organisations to consider assisting concerned parties in conducting dialogue via online channel.

Following the meeting, the UNSC released a press statement, expressing concern about the possible impacts of the COVID-19 pandemic on Libya and calling on concerned parties in Libya immediately end clashes and abide to the arms embargo.

The situation in Libya continues to worsen recently despite the UN Secretary General’s call for ceasing fire. Furthermore, the first COVID-19 case was recorded in the country on March 24./.