Nghia, who is also Secretary of the CPV Central Committee, showed his delight at the growing relations between Vietnam and China in all fields, adding that despite the Covid-19 pandemic, the two sides have maintained regular exchanges through flexible forms with fruitful results, according to Nhan Dan.

Recently, General Secretary of the CPV Central Committee Nguyen Phu Trong led a high-ranking delegation of the CPV to attend and deliver a speech via videoconference at the CPC and World Political Parties Summit, Nghia noted.

He stressed that 2021 is an important year for both Vietnam and China, as this is the first year that Vietnam has implemented the 13th National Party Congress’s Resolution and China has performed its 14th five-year plan and realized its second 100-year goals.

Both sides should enrich and diversify exchange activities between the Vietnamese and Chinese people, especially the youth and those working in the fields of theory research, journalism, and publication, thus reinforcing the social foundation for long-term and sustainable development of bilateral ties between the two Parties and nations, he suggested.

Meanwhile, Huang agreed that the two sides should strengthen exchange and experience sharing in communications and Party building work, as well as promoting co-operation in staff training in the media and publishing areas. He put forward a suggestion that both sides select and translate masterpieces of their art works for publication in each country, along with strengthening cultural exchanges and tourism promotion.

The two leaders consented that the two agencies will jointly organize virtual conferences or seminars aimed at sharing their experiences in issues of mutual interest. They will also maintain regular contact to effectively implement an agreement on their co-operation and exchange mechanisms, thereby making a practical contribution to the development of the traditional friendship and comprehensive strategic co-operation partnership that exists between both sides, VOV cited. 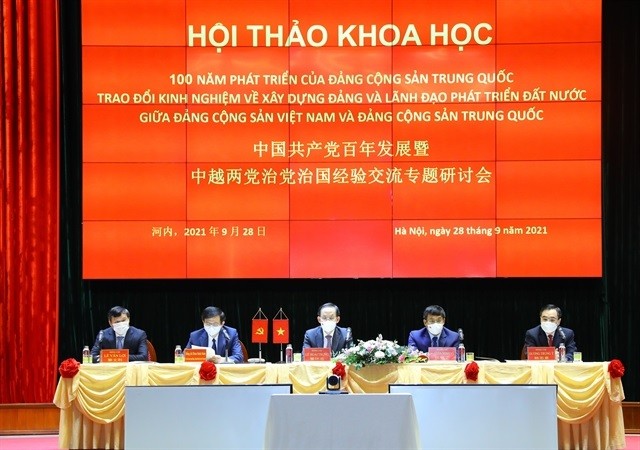