This was the second day this week Hanoi recorded over 1,000 cases. The city had on average 835 new cases a day in the last seven days.

Since the pandemic started last year, the death toll in Vietnam has climbed to 28,616, or 2 percent of all infections.

In the latest wave that hit the country in late April, more than 1.45 million cases have been confirmed and 1.06 million them have recovered.

So far, 91.8 percent of the adult population have been vaccinated.

The National Assembly (NA) of Vietnam was selected to join the Executive Committee of the Asia-Pacific Parliamentary Forum (APPF) in the next four-year term at the final plenum of the forum’s 29th annual meeting (APPF-29) on December 15 afternoon.

Aside from the Vietnamese parliament, those of Japan and New Zealand were also approved to be members of the Executive Committee for the new term, which will last from the APPF-30 to the APPF-33.

At the plenum, the meeting adopted a joint communiqué showing the member parliaments’ determination to enhance multilateral parliamentary cooperation and boost solidarity for post-pandemic recovery.

They also welcomed the Legislative Council of Brunei, from an observer, becoming a member of the APPF. Meanwhile, the parliament of the Republic of Korea handed over the APPF chairmanship to the Thai counterpart, which is scheduled to host the APPF-30 in 2022.

Earlier the same day, the member parliaments discussed the Asia-Pacific cooperation at the third plenary session.

They stressed that the region and the world are facing unprecedented challenges which have severely affected socio-economic development. They pointed out the need to strengthen parliamentary cooperation among the APPF members to cope with these issues and work towards sustainable development, according to VNA.

Le Thu Ha, standing member of the NA’s Committee for External Relations, said the parliament of Vietnam, a country highly vulnerable to climate change, has approved many legal documents creating the legal basis for efforts against this global phenomenon, enhanced ties with other legislatures, and coordinated with international organizations.

Attending the APPF-29, the Vietnamese NA delegation contributed many important ideas to the meeting, and the opinions were reflected in the event’s joint communiqué.

The National Steering Committee on Natural Disasters Prevention and Control on December 15 asked relevant ministries and localities along the central and southern coasts to put forces on standby as a powerful storm is entering the Bien Dong Sea and is likely to make landfall in coming days.

Rai was about 800km east of the Philippines on December 15 morning, packing winds of approximately 100kph, according to the National Centre for Hydro-Meteorological Forecasting.

The storm is anticipated to intensify into a typhoon with winds gusting around 155kph near its centre when it sweeps across the Philippines on December 16 before moving into the Bien Dong Sea, said Hoang Phuc Lam, deputy director of the centre.

Rai is forecast to lose its strength a bit when it moves closer to Vietnam’s coasts on December 19.

The typhoon might change its course and speed when it enters the East Sea and interacts with a cold front moving from the north, Lam added.

Tran Quang Hoai, deputy head of the National Steering Committee on Natural Disasters Prevention and Control, requested that relevant ministries and localities along the central and southern coasts to closely monitor Rai and come up with response plans, reported VOV.

The Ministry of Foreign Affairs should issue and send a note to neighboring countries to ask for support for Vietnamese fishermen in seeking storm shelters, he said.

People wishing to enter Vietnam will be quarantined at home, a hotel, or other forms of accommodations for three days in the event that they have already been fully vaccinated or have recovered from Covid-19.

They are also required to record a negative Covid-19 test before entering the country, with an exemption for children under two years old.

These requirements are parts of a proposal made by the Ministry of Health (MoH) to relevant ministries, agencies, and localities for further opinions.

All entrants must be subject to a PCR test on the third day of their home quarantine. Providing they test negative, they will then self-monitor their health at home from the fourth to 14th day following their arrival instead of being transferred to a concentrated quarantine facility for seven days as is the case at present.

During their period of home quarantine, they will not be allowed to leave the place of residence and come into contact people living in the same house.

For those who have not been vaccinated or injected with sufficient doses of the Covid-19 vaccine, the MoH has requested that they isolate at home or their place of residence for seven days upon their arrival.

They will then be tested for the SARS-CoV-2 virus on the first and seventh days, and if the test proves negative, they will then continue to monitor their health until the 14th day, reported VOV.

The vaccination certificate of entrants, also known as the vaccine passport, will be examined at the airport through guidelines issued by the Ministry of Foreign Affairs.

Vietnam has so far recognized vaccine passports issued by 72 countries and territories worldwide, and is currently negotiating this issue with many other countries.

Prime Minister Pham Minh Chinh recently insisted that 100% of adults be given their second shot by the end of the year, with the scheme to provide vaccinations for children to also be accelerated.

Vietnam has been named Asia's best river cruise destination at this year's World Cruise Awards - the sister event to the World Travel Awards.

The World Cruise Awards is the global initiative to recognize and reward excellence in the cruise industry.

To claim the title, Vietnam has surpassed four other rivals - Cambodia, China, Laos and Thailand.

The announcement of the awards follows a year-long search for the world’s leading cruise brands. Votes were cast by cruise industry professionals and the public, with the nominee gaining the most votes in a category named as the winner.

Vietnam has a dense river network with 2,360 rivers with a length of more than 10 km long. 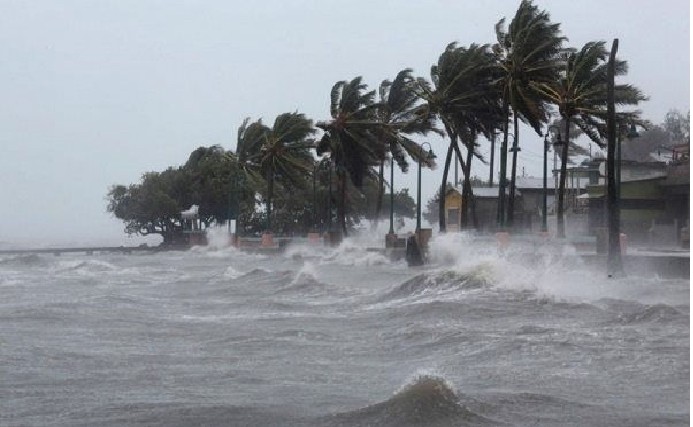 Defence Minister Peter Dutton has warned that unless Australia and its allies stand up to China for their acts in the Bien Dong Dea (intenationally called the South China Sea), they will "lose the next decade".
February 09, 2022 | 10:16