The capital's first Omicron community transmission case was a hotel employee who has made contact with foreign entrants infected with the variant, said Vu Cao Cuong, deputy director of the Hanoi Department of Health.

The employee has been quarantined at the hotel and there's no risk of further infection in the community, he added, without giving further details, cited VnExpress.

Since the pandemic started last year, the death toll in Vietnam has climbed to 37,165, or 1.7 percent of all infections.

In the latest wave that hit the country in late April, 2.16 million cases have been confirmed and 1.92 million of them have recovered.

So far, 76.7 percent of the population have received two vaccine doses.

Vietnam has been named among the top 20 World’s Best Places to Retire in 2022, as selected by International Living, an Irish publishing company that focuses on retiring overseas.

According to the list, Vietnam ranked 18th place with 68.3 points out of 100 on the Annual Global Retirement Index 2022.

Furthermore, the country took the lead in terms of the Cost of Living category with a score of 96 out of 100.

Wendy Justice, IL Southeast Asia contributor, said she usually purchases fruit, vegetables, and meat at the local traditional market, adding that the prices of these items will be slightly higher at major supermarkets, which can be found in every city across the country.

She stressed that entertainment is also inexpensive in the nation as people only have to pay US$4 to watch the latest Hollywood blockbuster at the theater or US$2 to US$3 to buy a ticket to visit excellent museums located throughout the country, according to VOV.

It is meant to achieve vaccine coverage by the end of February as directed by the Prime Minister, reported VNA.

Accordingly, all residents in the city could come to any vaccination site without prior registration.

Almost death cases from Covid-19 in the city have been the elderly, those with underlying diseases, unvaccinated or partially vaccinated people.

The nation posted a trade surplus from 54 out of 86 major import and export markets across the globe last year, fetching over US$1 billion from 18 markets, and US$4.5 billion from five markets.

Furthermore, last year was also the seventh consecutive year that Vietnam recorded a trade surplus, with export surplus markets mostly in Europe with 27, followed by Asia with 11, and America with 9.

The trade surplus was primarily recorded in the Americas with two markets, Europe with two, and Asia with one. Out of the above five markets, the US was the market where Vietnam had the largest trade surplus at US$63.37 billion, far exceeding the second largest market.

These results were achieved due to the total export turnover to this market being very large, up to over US$ 96.29 billion, thereby accounting for over 28.6% of total Vietnamese export turnover, far surpassing that of China, the second largest market that made up nearly 16.7%, reported VOV.

Most notably, there were 29 items with export turnover exceeding US$100 million, of which 13 products hit more than US$1 billion.

Moreover, many items accounted for a high proportion of the country's total exports.

During the reviewed period, exports to the US enjoyed a high growth rate due to a variety of factors, but mainly because Vietnamese export prices were cheap with low labour costs because the exchange rate difference between purchasing power parity and exchange rate was still high at 3.09 times. Additionally, after the trade war with China, Chinese goods to the US endured a fall with prices being more expensive than previously.

Hong Kong (China) represented the country’s second largest trade surplus market, with a trade surplus higher than last year, US$10.36 billion compared to US$9.32 billion. Although Hong Kong has a small population, Vietnamese export turnover to this market stood at approximately US$12 billion, ranking fifth among other markets.

In addition, the UK and Canada were the country’s fourth and fifth largest export surplus markets in 2021, with both having a higher export scale than the previous year.

The first flight departing Frankfurt with 190 passengers arrived at 9:30 a.m. (local time) and another from London carrying 300 landed at 9:55 a.m.

Most of the passengers were overseas Vietnamese returning home for family reunions during Tet (Lunar New Year),Vietnam’s biggest and most important holiday.

From Feb. 8, the carrier will operate flights once a week each Tuesday on the Hanoi-London route and Hanoi-Paris-Frankfurt routes every Thursday.

Before the pandemic, Vietnam Airlines was the only carrier in Vietnam to operate direct flights to Frankfurt, Paris, London and Moscow, cited VnExpress.

Vietnam had closed its borders and grounded all regular international flights in March 2020, only allowing in its nationals and foreign experts, investors and highly skilled workers coming by special flights. 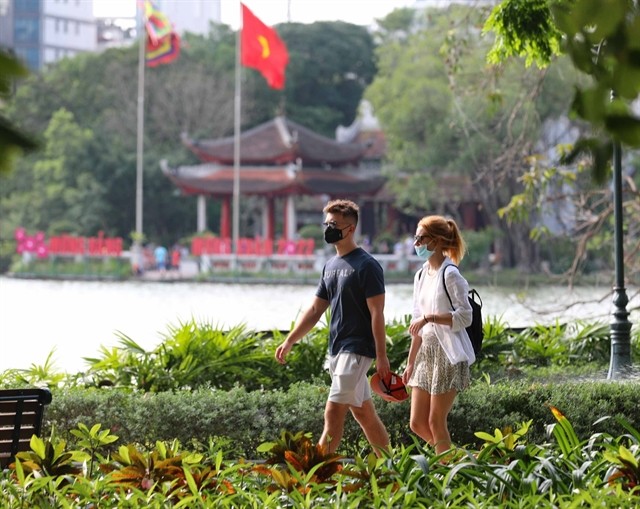 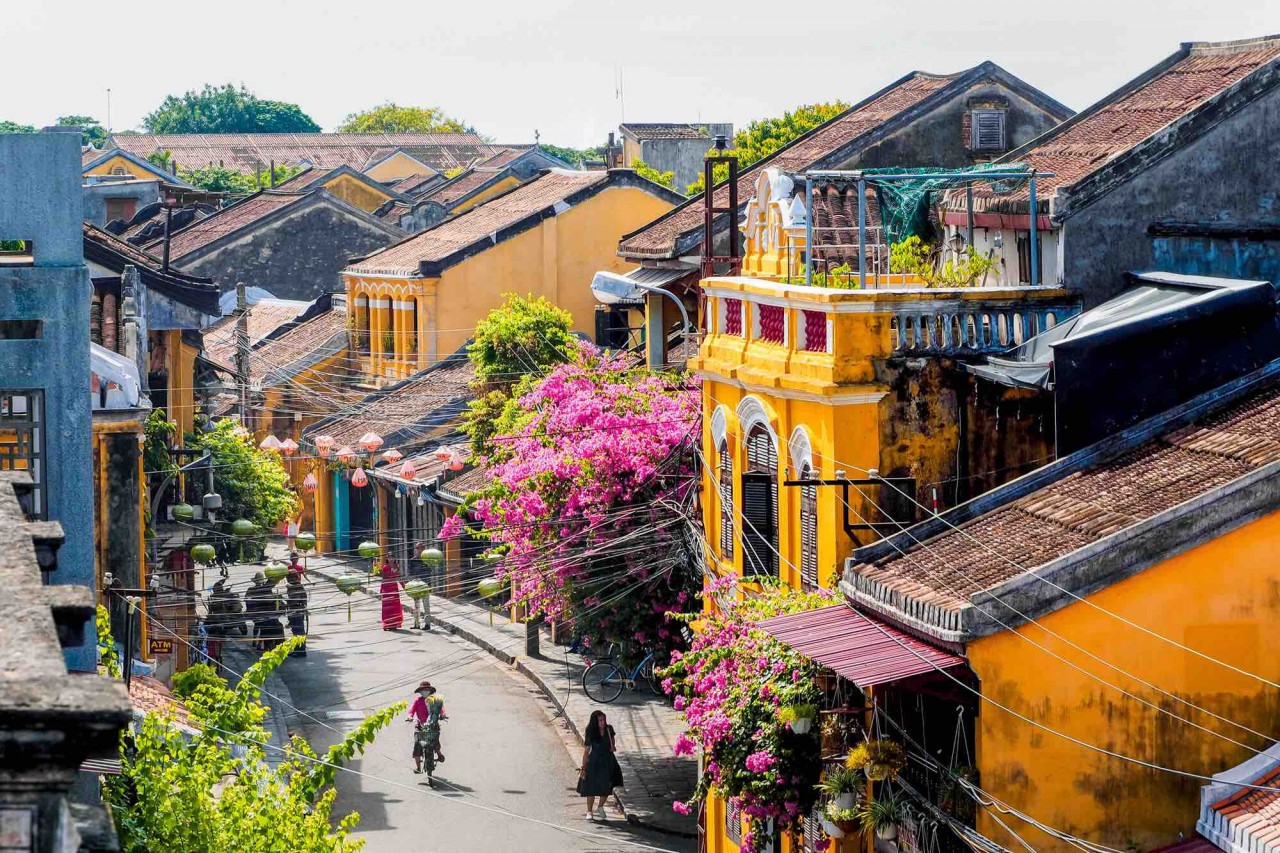 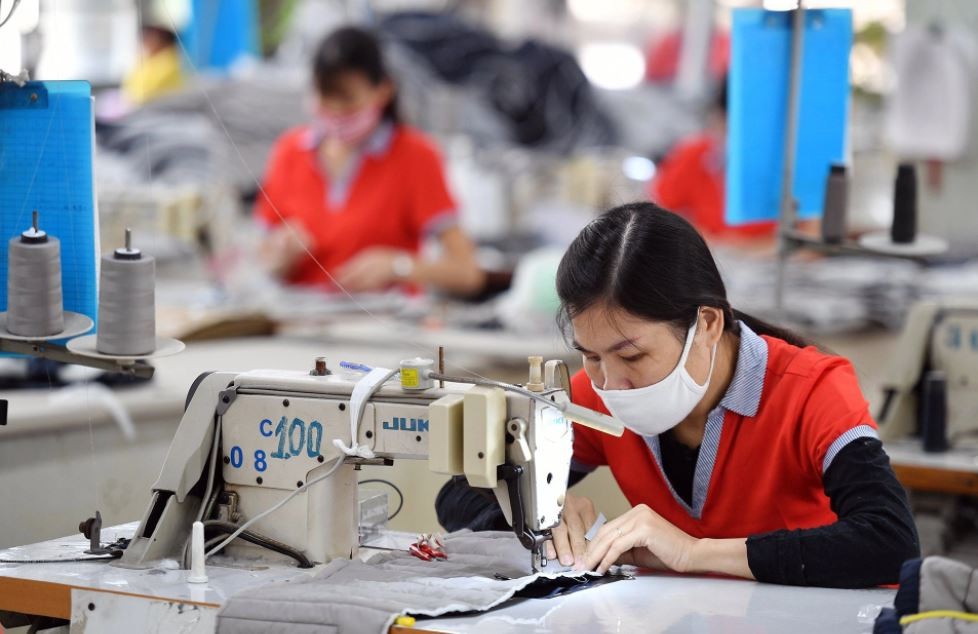 Prime Minister Pham Minh Chinh on May 15 (US time) had meetings with American friends who have stood by Vietnam and its people as part of his working visit to the US.
May 16, 2022 | 12:10
Phiên bản di động