With 53 patients given the all clear during the day, the number of recoveries increased to 10,608,112.

Vietnam is always appreciative of the UN’s efforts and support in reinforcing bilateral relations with the country, especially with the Vietnam Department of Peacekeeping Operations (VDPO) in joining UN peacekeeping activities.

Maj. Gen. Hoang Kim Phung, VDPO Director made the statement during a meeting with UN Under-Secretary-General for Peace Operations Jean-Pierre Lacroix who visited the Vietnam Department of Peacekeeping Operations (VDPO) under the Ministry of Defence on November 26.

The visit came as part of his trip to Vietnam to co-chair the International Conference on Women with the UN Peacekeeping Operations.

Regarding group deployment, since Vietnam signed the first agreement with the UN on sending Level-2 Field Hospitals to South Sudan in September 2018, the nation has so far dispatched four hospitals of this kind with 252 medical staff to South Sudan, Phung said.

In 2022, Vietnam and the UN signed a Memorandum of Understanding (MoU) with the UN on the deployment of engineering units. The country sent its first engineering unit comprising 184 officers and soldiers to the UN Interim Security Force for Abyei (UNISFA), according to VOV.

All the officers and soldiers of the VPA becoming involved in UN peacekeeping activities have well fulfilled their tasks, with more than 30% assessed to show excellent performance, Phung noted.

Notably, Vietnam has always maintained a high percentage of female officers at missions, he went on to say.

For his part, Lacroix expressed his impression of successes that Vietnam has achieved in the UN peacekeeping work over the past time, and pledged to enhance his role as a bridge to further augment the UN-Vietnam cooperation, especially in UN peacekeeping.

Praising Vietnam's great contributions to the implementation of women, peace and security (WPS) agenda, Lacroix said Vietnam has worked hard to carry out commitments adopted at the Seoul UN Peacekeeping Ministerial Meeting in the Republic of Korea last year.

He expressed his confidence that the peacekeeping cooperation between the UN and Vietnam will become closer and more effective in the time ahead.

The event was attended by representatives from the Vietnamese Embassy, Vietnam's Permanent Mission to the UN, the World Trade Organisation and other organisations in Geneva, the Vietnamese Association in Switzerland and the Vietnamese community in the country.

Addressing the ceremony, Vietnamese Ambassador Phung The Long reviewed the SVFA's contributions to the growth of ties between the two countries over the past four decades with many projects supporting the needy in Vietnam.

The diplomat pledged that the Vietnamese Embassy will always accompany the association to further foster the solidarity and mutual support between people of the two countries for peace and friendship among all nations in the world, VNA reported.

For her part, Ambassador Le Thi Tuyet Mai, head of the Vietnam's Permanent Mission to the UN, the World Trade Organisation and other organisations in Geneva highlighted the association's contributions to connecting friendship, enhancing the image of Vietnamese culture and people in Switzerland, teaching Vietnamese language, promoting people-to-people exchanges between the two countries, especially among the youngsters, and supporting the poor in difficult localities in Vietnam.

President of the SVFA Anjuska Weil underlined that over the course of its operation, the association has always pursued the motto of "exchange, information and understanding", which will be continued in the future.

Over the past 30 years, together with other organisations, the SVFA has worked to support the struggle for justice of Vietnamese Agent Orange/dioxin victims through many activities, she noted.

Particularly, a project to provide credit to the elderly has been carried out since 2005, benefiting more than 3,200 people, she said.

Speaking to the Vietnam News Agency on her visit to Vietnam in October with Anita Escher, Coordinator of the Medico International Switzerland, Weil said that she was impressed at the post-pandemic recovery of the Vietnamese economy. She said she hopes following the macro-economy, the income of poorer people in the society will also recover.

At the ceremony, a number of art performances were held, together with an auction of paintings by painter Nguyen Trung Son.

Vietnam, UK yet to tap potential of trade deal

Despite difficulties caused by the Covid-19 pandemic, two-way trade between Vietnam and the UK has grown in double digits, especially Vietnam's export to the UK market increasing by 15.4%.

This is the clearest proof of the benefits the UKVFTA brings to both sides, Khanh said.

The growth of UK export to Vietnam is higher than that of Vietnam's to UK, helping Vietnamese businesses make more use of raw materials, technologies and products from the UK to improve their production capacity.

The majority of Vietnam’s key products exported to the UK such as coffee, pepper, rubber, vegetables, textiles and footwear have grown remarkably, with some items even rising by nearly 100%.

For example, the increase in fabric import turnover from the UK shows that some Vietnamese enterprises have used imported fabric to produce items meeting rules of origin.

The UK is becoming a supplier of high-value raw materials and technology for Vietnamese businesses, helping them fully tap the benefits of the UKVFTA, Khanh said.

Another advantage is that the UK is a huge market with strong purchasing power, so it is a potential market for Vietnamese firms to expand their exports, VNA reported.

According to Nguyen Anh Duong, head of the Central Institute for Economic Management’s General Research Department, both Vietnam and the UK have exploited each other's advantages to expand trade.

Trade between Vietnam and the UK topped US$5.22 billion in the first nine months of this year, of which Vietnam ran a trade surplus of US$4.07 billion with total export revenue of 4.65 billion, up 8.1% year-on-year.

Vietnam’s exports to the UK are expected to continue rising in the remaining months, especially rice that will grow sharply in the last quarter and even the first two months of 2023.

Vietnam’s Level-2 Field Hospital No. 4 (Field Hospital 2.4) in South Sudan announced that the hospital held many Civil-Military Co-operation (CIMIC) activities from November 22-24 to encourage local students to go to school.

Under the direction of Lieutenant Colonel Pham Tan Phong, Commander of the Vietnamese peacekeeping force in South Sudan, Field Hospital 2.4 organised activities at some local schools, including the presentation of books, school supplies and clothes to disadvantaged students.

While receiving meaningful gifts from Vietnam’s Level-2 Field Hospital No. 4, many teachers in South Sudan said that the people of the country previously only knew about Vietnam’s resilience and strength during the war in the past.

However, since the green beret soldiers of Vietnam came their country, they have learned more about the peaceful and developing country with its responsibility for the community and willingness to share in the difficulties of the South Sudanese people.

Lieutenant Colonel Do Thi Hang Nga, Deputy Director of Field Hospital 2.4, touchingly shared that, when looking at the students in South Sudan, she and other women of the hospital think about their children in Vietnam and wish to inspire them to constantly strive for a brighter future. 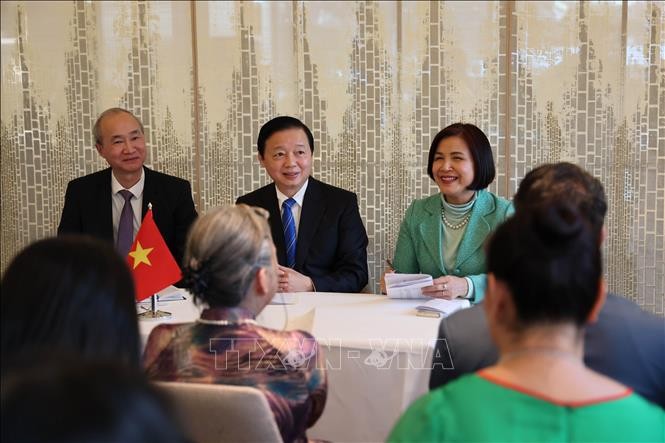 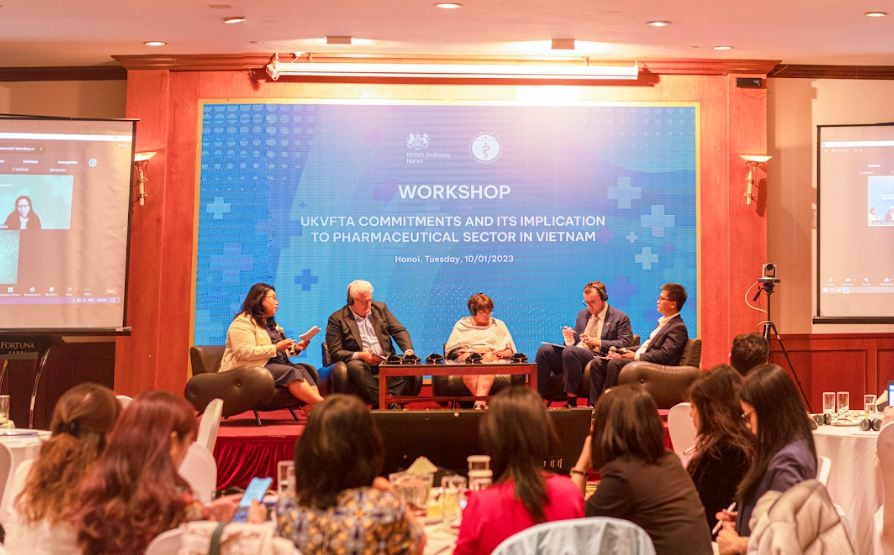 British businesses are optimistic about the potential for cooperation in the pharmaceutical sector in Vietnam, when the UKVFTA agreement continues to be implemented.
January 11, 2023 | 16:46