FTA enforcement between Vietnam and EEAU under review

Vietnamese Minister of Industry and Trade Nguyen Hong Dien and Andrey Slepnev, Minister in charge of Trade of the Eurasian Economic Commission on October 13,co-chaired the fourth session of the Joint Committee on the enforcement of the free trade agreement (FTA) between Vietnam and the Eurasian Economic Union (EAEU).

At the meeting, the two ministers agreed that the Vietnam-EAEU FTA has contributed to the strong development of two-way trade between Vietnam and EAEU member countries.

However, the extent of preferential utilization from this agreement is still modest (with an average rate of more than 40%). This shows that bilateral economic - trade cooperation still boasts huge potential, requiring greater efforts to remove obstacles for development.

Minister Nguyen Hong Dien frankly assessed that a number of provisions and commitments of the agreement were no longer relevant to the current context.

Accordingly, it is considered that this is the right time for the EAEU and Vietnam to consider new ideas and upgrade the FTA to jointly exploit new potential and fresh opportunities that remain open.

While dealing with necessary processes and procedures to amend the agreement, the two sides need to find ways to remove current obstacles and difficulties, and promote bilateral trade.

On that basis, Minister Nguyen Hong Dien asked the EAEU to note Vietnam's concerns regarding the limitations of the threshold safeguard measure and the low rice quota.

Regarding the requirements of the EAEU for the possibility of opening the market for some cognac products, increasing the export of wheat, beef and fertilizer to Vietnam, cited VOV.

Vietnam will coordinate and discuss with relevant ministries in the spirit of readiness to open the market and balance the interests of the two sides.

During the meeting, the two ministers also briefed the results of the subcommittee meeting while the EAEU raised the issue of green economic development. This is also an issue that Vietnam is highly interested in. The Vietnamese side welcomes this content and looks forward to receiving cooperation and experience sharing from the EAEU.

At the end of the meeting, the two ministers signed the minutes of the meeting and agreed to report to both sides’ governments to promote the contents discussed and agreed upon by the two sides.

According to data from the General Department of Vietnam Customs, since the FTA took effect (at the end of 2016), that two-way trade turnover reached US$3.04 billion, up 23% compared to 2015.

In the following years, bilateral trade enjoyed a positive growth rate of over 25%. In 2021, despite being affected by the Covid-19 pandemic, bilateral trade still grew by more than 16% to nearly US$6 billion.

Cooperation in artificial intelligence (AI) technology is a suitable direction for further developing relations between Russia and the Association of Southeast Asian Nations (ASEAN)’s member nations, including Vietnam, Vice-President for International Relations at Far Eastern Federal University of Russia Yevgeny Vlasov has said.

At an international conference themed “Russia and ASEAN in the Asia-Pacific region: Dynamics of cooperation, regional processes and global context” held by the ASEAN Center at the Moscow State Institute of International Relations (MGIMO) of Russia on October 13, the official also said Russia boasts considerable strength in both AI technology and knowledge which can be applied in the fields of public administration, smart cities and health care, according to VNA.

This may be an important cooperation direction between Russia and ASEAN, including Vietnam, because Vietnam has a great demand for developing smart cities, and applying AI technology in road traffic and health care, especially after the Covid-19 pandemic, he said.

Vietnam is a "fertile land" that all AI technology and FinTech startups can exploit, he added.

Localities brace themselves to promptly cope with storm SONCA

At 13:00, the storm's eye was about 250km southeast of Da Nang-Quang Nam with the strongest winds near its centre reaching between 62km and 74km per hour.

At 4:00 a.m on October 15, the storm's center will be located on the waters of Da Nang - Binh Dinh, with sustained winds reaching between level seven and level nine.

Hoang Phuc Lam, Deputy Director of the National Center for Hydro-Meteorological Forecasting said the weather pattern in combination with the cold air wave is anticipated to trigger heavy downpours in the central, south central, and Central Highlands regions over the next three days, adding that there will be massive flooding hitting low-lying areas, deltas, and coastal provinces from Quang Tri to Phu Yen.

Experts have also warned about the potentially high risk of flash flooding and landslides occurring in the midland and mountainous areas of provinces from Quang Tri to Phu Yen, Kon Tum, and Gia Lai.

They also urged localities to evacuate residents from districts which are typically prone to risks of landslides, reported VOV.

People residing in coastal provinces from Thua Thien - Hue to Phu Yen and Binh Dinh are therefore urged to prepare to cope with high sea waves and high tides that could lead to severe flooding in low-lying areas in the early morning October 15 to October 16.

To promptly deal with the storm, localities were requested to strictly abide by the Prime Minister’s official dispatch to overcome the consequences of the recent flooding in the central region and closely monitor the latest developments of storm SONCA.

Central localities have been asked to call on vessels operating at sea to seek shelters from the storm and work out plans to evacuate residents from areas at high risk of flash floods and landslides.

He stressed that the bilateral defense cooperation has been developing constantly, with more diverse forms and practical outcomes.

Chinese Defense Attaché Pan appreciated the results of bilateral defense cooperation, especially in the fight against Covid-19 and border collaboration on land and at sea.

In the coming time, the two sides agreed to continue intensifying cooperation in the exchange of delegations at all levels, defense policy dialogue, training, coordination in border management, and maintenance of security and safety of navigation and aviation, thus contributing to building a borderline of peace, stability and development, cited WVR.

He expressed his hope that Tasmania’s leaders and defense industry companies will participate in the Vietnam International Defense Expo 2022 slate for December.

Premier of Tasmania Rockliff, for his part, affirmed that Vietnam is an important partner of Australia.

The Premier said he hoped the bilateral defense cooperation will be strengthened, particularly in navigation security, search and rescue, military medicine, and response to non-traditional security challenges.

Pho, a Vietnamese noodle soup sold in almost all street corners in Vietnam, finds itself at the 34th place in a list of 100 most popular dishes in the world as complied by international food magazine TasteAtlas.

The magazine described Pho as one of the most beloved Vietnamese dishes in the western hemisphere due to its complex, unique flavors, and elegant simplicity.

The soup is traditionally served with chicken or beef broth where the bones simmer lazily for at least three hours until the broth is perfect, it said, adding that the addition of herbs and spices accentuates the flavors, and the chewy rice noodles, juicy beef slices, and crunchy sprouts elevate the dish to another level.

Pho is also among three Vietnamese dishes – along with Banh mi and iced coffee –named in the CNN’s list of “50 of the best street foods in Asia” which it calls just a “small sampling of the region’s wonderful food traditions. 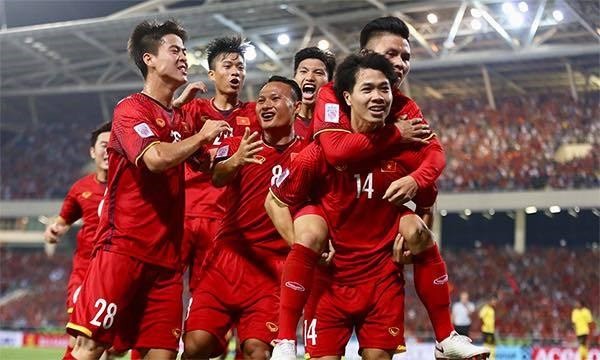