With 1,259 patients given the all clear during the day, the number of recoveries rose to 10,583,947. Meanwhile, there are 123 patients needing breathing support.

The spokesperson of the Vietnam Ministry of Foreign Affairs has refuted information released by foreign organizations regarding the nation's candidacy for the UN Human Rights Council.

These comments were made during a routine press briefing held by the Ministry of Foreign Affairs on September 22. In response to a reporter's question on the country’s reaction to a number of international human rights organizations having mixed opinions on the Vietnamese candidacy for the UN Human Rights Council, spokeswoman Le Thi Thu Hang affirmed that, “We completely reject the untruthful and unobjective contents regarding Vietnam that some foreign organizations have released.”

“We have repeatedly affirmed Vietnam's consistent policy of protecting and promoting fundamental human rights. This has been specified in the 2013 Constitution and related legal documents,” the official added.

The nation’s efforts and improvements in the field of human rights over recent years has been recognized and appreciated by the international community, according to VOV.

Most recently, in March the country published the mid-term report on voluntary implementation of the recommendations that Vietnam has accepted under the Universal Periodic Review Mechanism on Human Rights (UPR) cycle III.

This demonstrates the clear responsibility of a transparent member state, along with the seriousness of the country in implementing the UPR mechanism, as well as international commitments, in order to ensure human rights.

The nation has also actively demonstrated a strong spirit for co-operation based on the special procedures of the UN Human Rights Council. Indeed, it regularly maintains bilateral human rights dialogue mechanisms with a number of countries, whilst also being ready to exchange issues of mutual concern in the spirit of frankness, openness, and mutual respect, Hang added.

Vietnam is emerging as one of the dynamic economies and development hubs for innovative start-ups in the Asia-Pacific region.

According to the annual report of DO Ventures and Cento Ventures, the Vietnamese startup ecosystem has jumped from the 5th position to the 3rd position among the top 6 ASEAN economies, just behind Indonesia and Singapore. The growth is reflected in both the capital poured into the market and the number of active investors and start-up investment funds.

The report shows that investment in the technology sector in Vietnam has recovered after a turbulent year. The number of transactions in the first nine months of 2021 increased to the highest level in the past five years, reaching 108 deals.

Meanwhile, the total investment capital in the market in this period was US$604 million. Payment and retail are still two key areas that many investors are interested in. The capital poured into emerging fields such as education, healthcare and business automation also rose significantly compared to 2020, in which the health sector received a record high amount of capital.

Universities nationwide are implementing more than 400 joint training programs with foreign countries for the undergraduate level, as per statistics from the Ministry of Education and Training’s Department of International Cooperation.

Of the programs, 186 were licensed by autonomous higher education institutions and 222 by the ministry.

The UK tops the lineup of foreign nations by joining 101 join programmes, or about 25% of the total. It is followed by the US with 59 programs, France 53, Australia 37 and the Republic of Korea (RoK) 27.

Up to 80% of the foreign students in Vietnam come from Laos and Cambodia. Their proportion is followed by that of those from the RoK, China, France, and Japan. Most of them study short-term courses and undergraduate programs.

The Vietnam National Universities in Hanoi and Ho Chi Minh City are currently offering training to the highest numbers of students belonging to different nationalities, at 74 and 44, respectively.

A Vietnamese film titled "Tro tàn rực rỡ", known as “Glorious ashes” in English, by director Bui Thac Chuyen will compete for a prize in the Competition category at the Tokyo International Film Festival (TIFF) to be held from October 24 to November 3 in Japan.

Furthermore, the movie was also presented at the Cannes’ Cinefondation L’Atelier 2018, VOV reported.

This year the film has been selected from a total of 1,695 works submitted by directors from 107 countries and territories worldwide.

A total of 15 films have been chosen to compete in the Competition category at the Tokyo International Film Festival, including the Vietnamese movie.

The Tokyo International Film Festival was first established in 1985 and was held biennially from 1985 to 1991, with the event being held annually thereafter. It is widely considered to be the largest film festival in Asia. 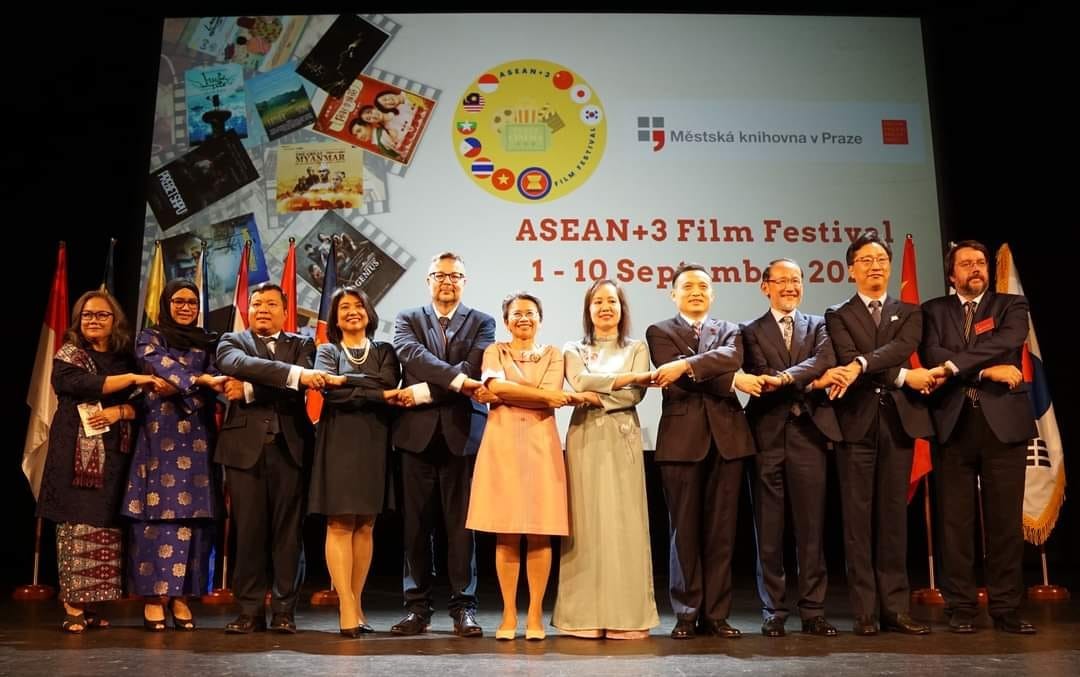 A film festival of ASEAN (the Association of Southeast Asian Nations) countries plus China, Japan and the Republic of Korea (ASEAN+3) opened here on Thursday.
September 05, 2022 | 11:08 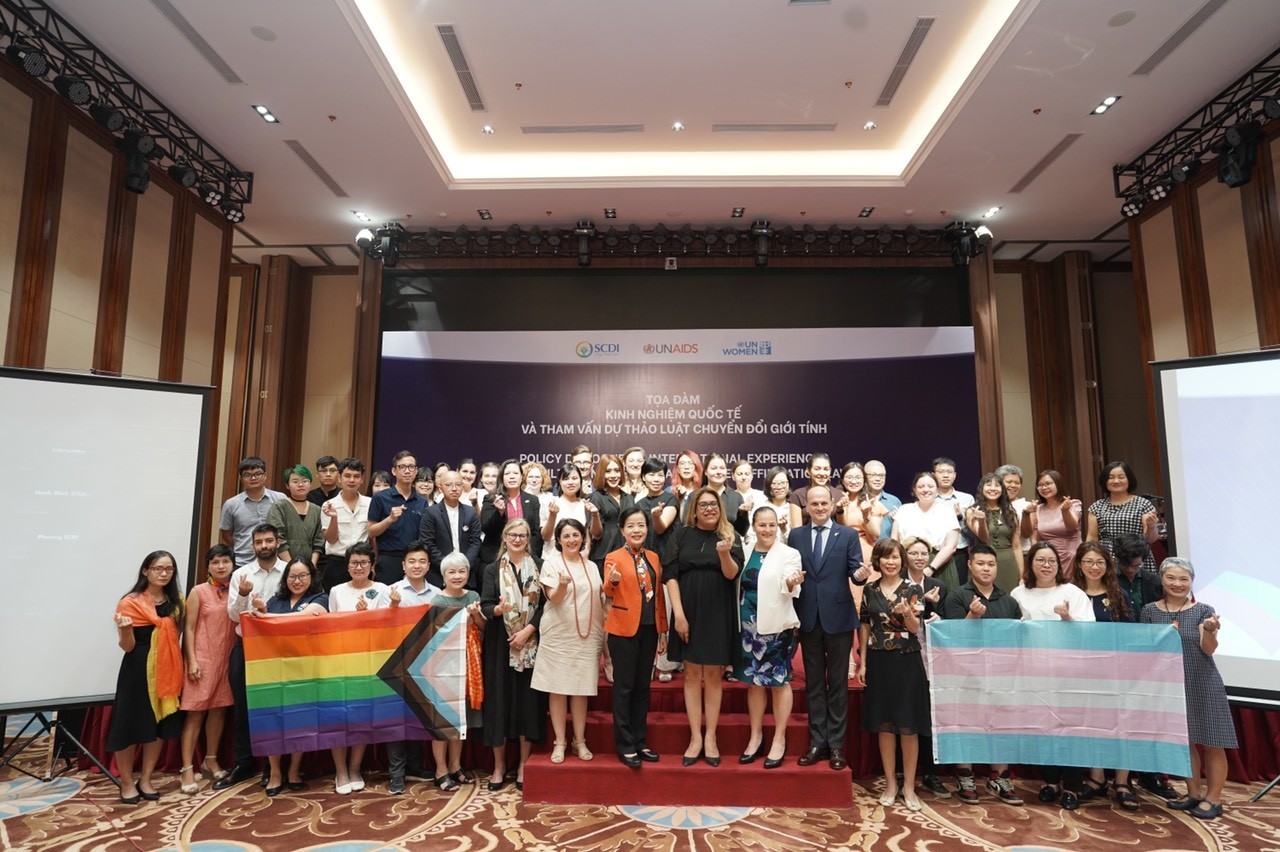 The event offers an opportunity for transgender people and their families to share their experiences and difficulties in the daily life, while making recommendations for the draft law regarding transgender rights.
August 28, 2022 | 10:24