Vietnam ranks second in number of guest workers in Japan

Vietnam now ranks second in the number of employees working in Japan, according to the latest statistics of Japan's Ministry of Health, Labour and Welfare. 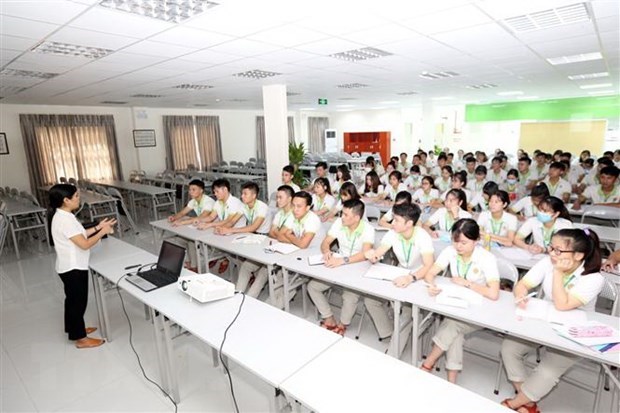 Vietnamese nurses are trained before going to work in Japan (Photo: VNA)

The main reason for this increase is that recently the Japanese Government has relaxed its visa policy to attract more foreign workers to address labour shortage due to rapid aging population.

Many workers from developing countries have come to Japan to work under the technical intern trainee programme.

According to the immigration and residence administration department of the Japan Ministry of Justice, in 2019, there were 189,000 foreign technical trainees in the country, an increase of 26 percent over the previous year./.

Vietnam saw a export surplus of over 17.3 billion USD