Prime Minister Nguyen Xuan Phuc has delivered an important message to the Climate Adaptation Summit (CAS) which took place virtually on January 25 and 26.

In his remarks delivered to the international summit, held online on January 25 and 26, the PM said Vietnam is one of the countries worst affected by climate change.

He affirmed that in response, apart from restructuring its economy towards a low-carbon model and reducing its greenhouse gas emissions, Vietnam pledges to strengthen the resilience and adaptation of communities, economic stakeholders and the ecosystem.

Following is the full text of the remarks by Prime Minister Nguyen Xuan Phuc.

Earth, our shared home, is experiencing fierce tremors due to the severe impacts of climate change, putting the development and survival of various peoples and countries at risk. Such challenge has become an even greater burden, as the COVID-19 pandemic and its aftermaths have diverted resources from climate action efforts.

Today’s Summit is of great significance, as we join hands and march into the new decade for Earth – our beloved home, with a strong resolution, novel initiatives, and greater actions to advance climate adaptation, thereby contributing to the achievement of the UN’s 2030 Sustainable Development Goals.

According to the World Bank, Vietnam is one of the countries worst affected by climate change. The coastal areas and river deltas of Vietnam, especially the Mekong Delta in the South, regularly come under the devastating impact of rising sea level, saline intrusion and other climate-related hazards – typhoons, tropical depression, floods and droughts, to name a few. The mountainous areas are very often hit by flash floods and landslides, occurring at much greater frequency.

In response to climate change, apart from restructuring its economy towards a low-carbon model and reducing its greenhouse gas emissions, Vietnam pledges to strengthen the resilience and adaptation of communities, economic stakeholders and the ecosystem. We will step up disaster risk reduction and mitigation of climate-related damage. Climate adaptation will be further mainstreamed into our national strategies and planning. We will also invest more in human resources, scientific research, and development and application of advanced technologies.

The Vietnamese Government considers the efforts of Vietnam’s entire population, and of each individual, the foundation for successfully implementing its climate adaptation programs and activities.

Despite such efforts, our economy may only meet around 30 percent of our climate adaptation demand, and Vietnam needs an additional 35 billion USD between 2021 and 2030. Let me take this opportunity to extend my sincere thanks to the international community, and I look forward to your continued cooperation and support for our climate adaptation programmes.

The challenges of climate change will continue to multiply and become much harder to manage should we fail to take urgent actions to strengthen climate adaptation. Accordingly, I believe that:

First, we should bolster the adaptation of communities, the participation of the people, and the resilience of all industries and sectors against the adverse impacts of climate change.

Second, climate adaptation should go hand-in-hand with sustainable development, gender equality, and poverty eradication, with no one being left behind.

Third, greater financial and technological support should be provided to developing countries in climate adaptation.

Vietnam will continue our active participation in international efforts to combat climate change, so as to transform climate-induced “challenges” into “opportunities” for the sustainable development for all.

The CAS 2021 was held online on January 25 and 26 to discuss urgent measures in response to increasing climate change impacts worldwide.

The Vietnamese community living and working in Germany have donated EUR 40,452 to help people in the flood-affected Rhineland-Palatinate
08:18 | 18/09/2021 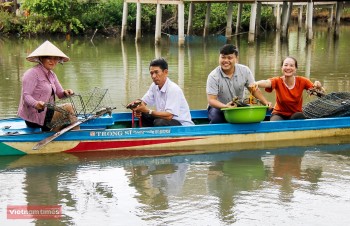 Ca Mau has just issued a plan to restart tourism development after the Covid-19 pandemic, with many events and attractive destinations to serve tourists.
08:17 | 18/09/2021 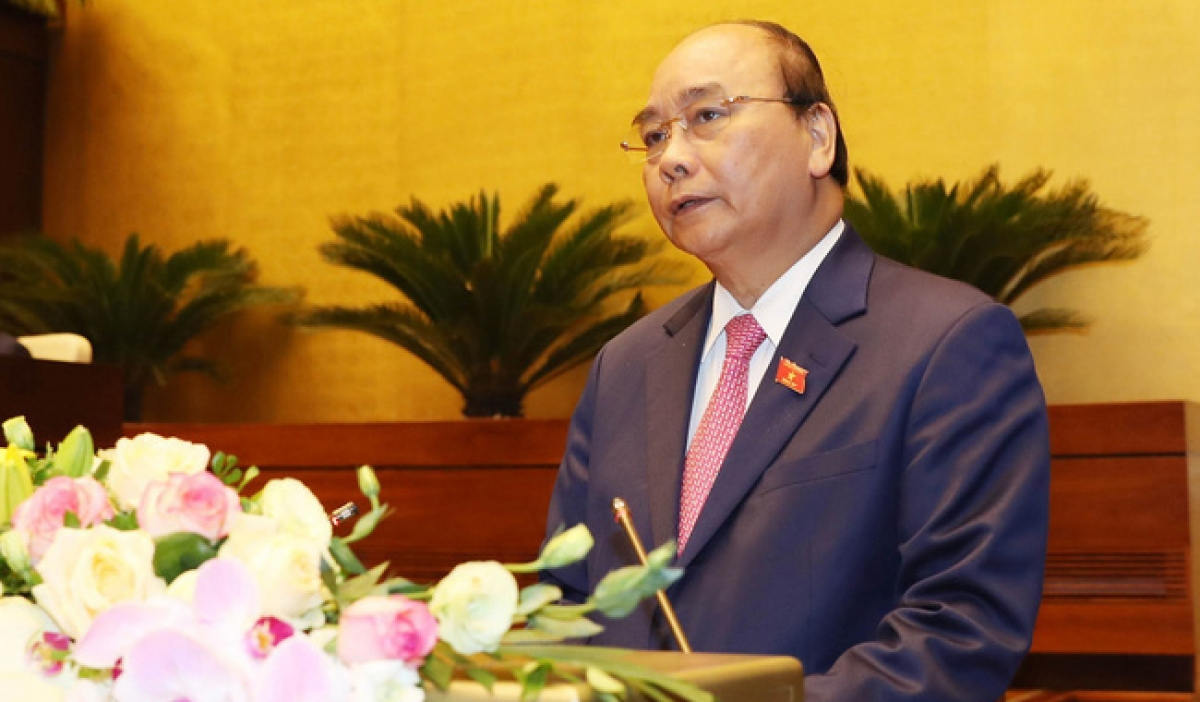 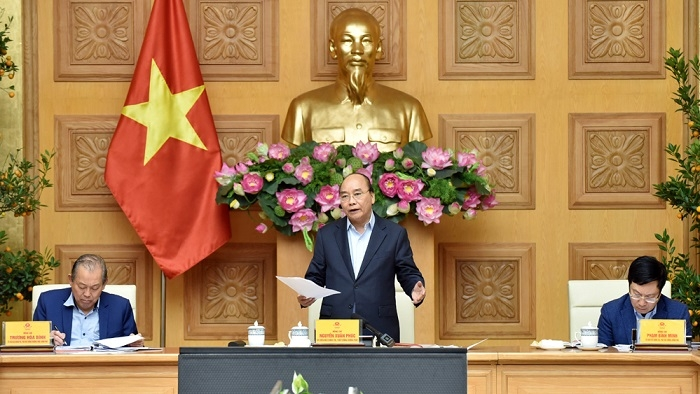 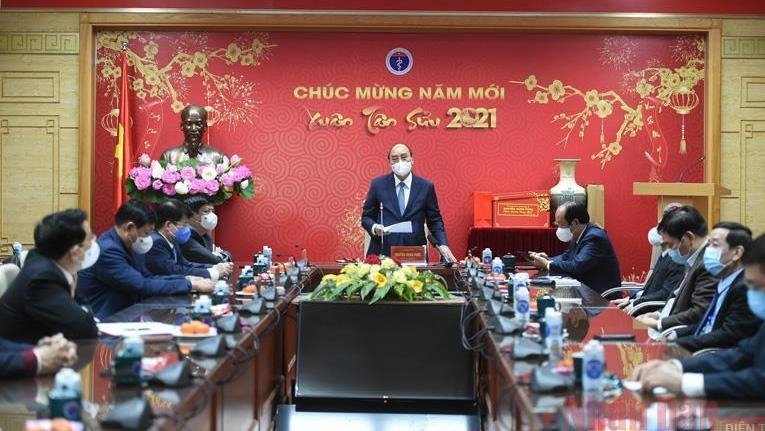 Prime Minister Nguyen Xuan Phuc has described doctors and health workers as soldiers standing at the frontline in the fight against the COVID-19.
February 10, 2021 | 15:28 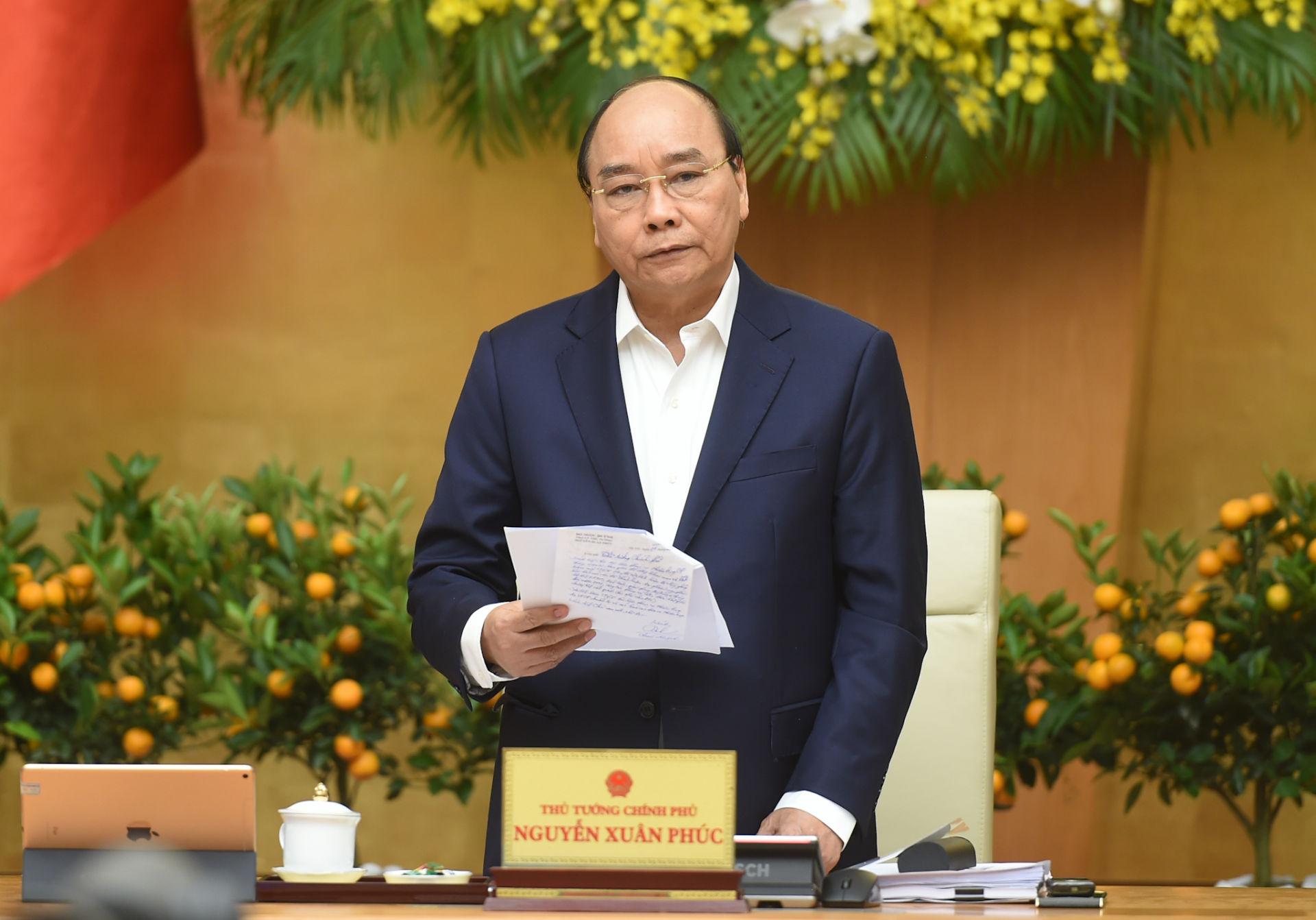 Vietnam's Prime Minister Nguyen Xuan Phuc has requested that relevant agencies take a range of urgent and drastic measures aimed at ensuring the supply of novel coronavirus (COVID-19) vaccines for citizens during the first quarter of the year.
February 02, 2021 | 14:45