The 14th Plenum of the 12th Party Central Committee which concluded last week decided that the 13th National Party Congress will be held between January 25 and February 2, 2021 in Hanoi.

The decision was made at the 14th plenum of the 12th Communist Party of Viet Nam Central Committee (CPVCC) last week.

Viet Nam holds National Party Congress every five years, with the next Congress scheduled to take place in early 2021.

The congress, the most important political event of Vietnam next year, will choose new party leadership and propose candidates for the country's top positions. It will also set orientation and a roadmap for the country's development in the next 25 years.

At the plenum, the participants voted candidates for the Politburo, the country’s most powerful body, and the Secretariat, the CPV’s executing body that oversees the party’s daily issues.

The final decision on the personnel might be made at the 15th plenum, the agency reported, giving no specific time of the meeting.

Personnel of the Politburo and the Secretariat include members of the 12th congress re-elected and those are admitted to the bodies for the first time.

The Politburo of the 12th National Congress has 16 members (19 initially, including late President Tran Dai Quang who passed away in 2018, Dinh The Huynh retired for health reasons, and Dinh La Thang expelled from the Party for legal violations) while the Secretariat has 14 members.

Delegates looked at personnel tasks and the organisation of the 13th National Party Congress, among others. They voted to introduce personnel to the Politburo and the Secretariat.

The committee deliberated draft working and election regulations of the 13th National Party Congress in line with Party statutes as well as its principles and regulations.

The committee called on the entire Party, people, and army to strengthen solidarity and unity, carry forward the achievements posted in 2020, and make greater efforts to overcome the challenges and difficulties to firmly safeguard national independence, territorial sovereignty and security, and complete targets and tasks set for 2020 as well as the 12th tenure, while preparing for and organising successfully the 13th National Party Congress.

To prepare for the 13th National Party Congress, a news portal (daihoi13.dangcongsan.vn) was launched on October 3.

The website, built and operated by the CPV’s mouthpiece online newspaper, will update the latest news about Party congresses at all levels and the 13th National Party Congress. The news will be published in Vietnamese, English, French, Chinese, Spanish and Russian. 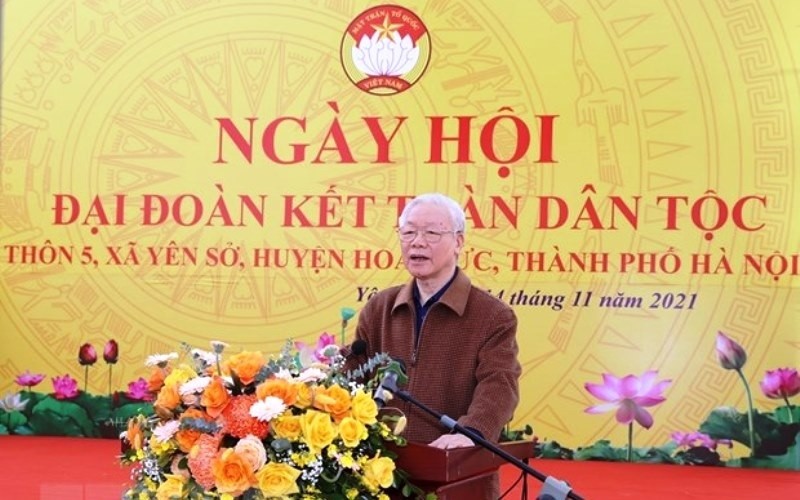 General Secretary of the Party Central Committee Nguyen Phu Trong on November 14 participated in the National Great Unity Festival at Village 5 of Yen So commune in Hanoi's outlying district of Hoai Duc.
November 15, 2021 | 11:01 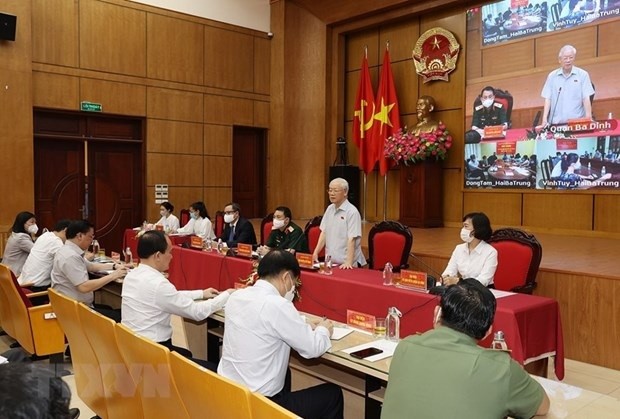