Don’t underestimate VinFast, the Vietnamese company that will bring its VF 8 electric car to Canada later this year.

“We’re 100 percent serious and 100 percent committed,” says the car’s chief engineer, a Canadian from Windsor, Ont., and, so far, everything is going to plan.

It’s no small feat to bring a new car to market in North America, especially at the scale VinFast is promising. Its 335-hectare assembly plant in Vietnam, which started producing cars a couple of years ago, just 21 months after construction began, is designed for 950,000 units a year, and the company has announced a US$2-billion initial investment in a new plant in North Carolina.

There’s an initial public offering planned for this summer to help raise capital, but there’s already money behind the venture. That comes from the US$39-billion Vietnamese conglomerate and the parent company that began less than 30 years ago with a bank loan to make instant noodles in Ukraine.

Vingroup Joint Stock Co.’s founder and chairman Pham Nhat Vuong, was a student in Ukraine when he established a company in 1993 to make and sell Mivina instant noodles. ”In the Soviet Union...it took people 10 or 15 minutes to cook the noodles,” he recalled recently at a Q&A session for international media. “But for us, they just needed the boiling water to pour into the instant noodles and after three minutes they could eat them. We used direct marketing to tell people of this, and after four years, we’d already surpassed both our competitors in the market.”

More than that, he sold the company after 10 years to Nestlé for an estimated US$150-million and moved back to Vietnam with the money. The country’s economy was beginning to boom and the government was helpful, and Vuong parlayed his wealth into the country’s largest conglomerate, building homes, resorts and shopping malls, and investing in technology and industry.

Now, Vingroup’s revenues are 2.2 percent of Vietnam’s gross domestic product, and Vuong is the richest man in the country, worth more than US$7-billion.

Cars are not instant noodles, however, and launching a car company – especially one with the global aspirations of VinFast – will be a huge challenge owing to stiff competition and government regulation. Direct marketing will help.

“By being creative, persistent and working hard, we could achieve such a thing,” said Vuong, through a translator. “Launching VinFast in the U.S. is way more challenging and We believe it’s very difficult, but we have the conditions and the positioning to do it now.”

The conditions he’s referring to are the opportunity to start fresh with a lineup of electric cars, not encumbered by the legacy of traditional automakers. VinFast cut its teeth by making gas cars, based on an agreement with BMW, and they’ve sold very well in Vietnam, but the world is now hungry for electric vehicles.

In April, VinFast produced its first electric car, the compact VF e34 that is only sold in Vietnam, and it has said it will cease production of gas-powered cars by the end of this year.

Clearly, if Tesla can do it, Vuong believes VinFast can do it, too. One keen young Tik-Tokker in Hanoi described him as “the Richard Branson of Vietnam,” and the comparisons with Elon Musk’s many world-changing ventures are obvious, but in fact he’s reclusive and doesn’t seek personal attention. He gives only one interview a year, and this month’s media session was unheard of. It was necessary, though, to help gain international legitimacy among consumers.

Vuong, 53, says he likes fast cars and talked about driving his BMW in Ukraine at 240 kilometres an hour, and one of his own VinFast cars in Vietnam at just 10 kilometres an hour below that,out on the public highway – being the richest person in the country has its advantages. The “Fast” in the name does not just refer to speed, however. Each letter stands for the Vietnamese words for “style, safety, creative, and pioneering,” and those values are part of the company’s mantra.

Customer service is also especially important. VinFast knows that unhappy owners will be the death of its product, so it strives to make its customers feel special. When the VF e34 hit the road this week, the first 100 customers were presented with their vehicles at a lavish ceremony in Ha Long, before they drove in a 195-kilometre procession to the farthest north-east point of the country, up in the green mountains and well within their electric range. There are few government incentives in Vietnam to buy electric vehicles, and //few public fast chargers, but such a convoy helped make up for that.

The new plant in North Carolina “is meaningful for America’s electric vehicle future,” U.S. Ambassador Mark Knapper said at a ceremony on the beach of Vingroup’s flagship VinPearl resort in Nha Trang, along the country’s south coast. “More and more now, our two economies are going to be interconnected. More and more, the U.S. and Vietnamese relationship is going to be growing together in a way like never before.”

It’s not just the United States, of course. VinFast will also sell its electric vehicles in Canada, France, the Netherlands and Germany, where the company is believed to be considering a European assembly plant. Tesla is building a massive battery plant in Berlin.

At the Q&A, a journalist asked whether there is an entrepreneur or company that inspired him, and every person in the room was listening to Vuong’s reply in Vietnamese for the word “Musk.” But it never happened. Vuong is too savvy for that.

“The chairman is inspired by everyone,” the translator said. “He can be inspired by a housekeeper and also by a scientist. He finds that in everyone, there is something he can learn from.”

The next couple of years will be a steep learning curve for VinFast. So far, it’s been learning quick. 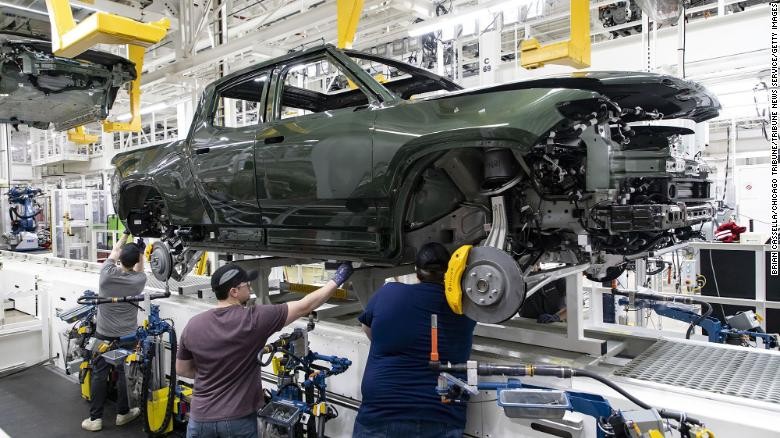 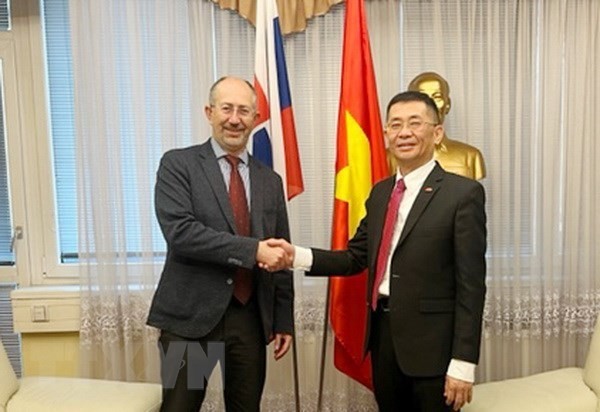 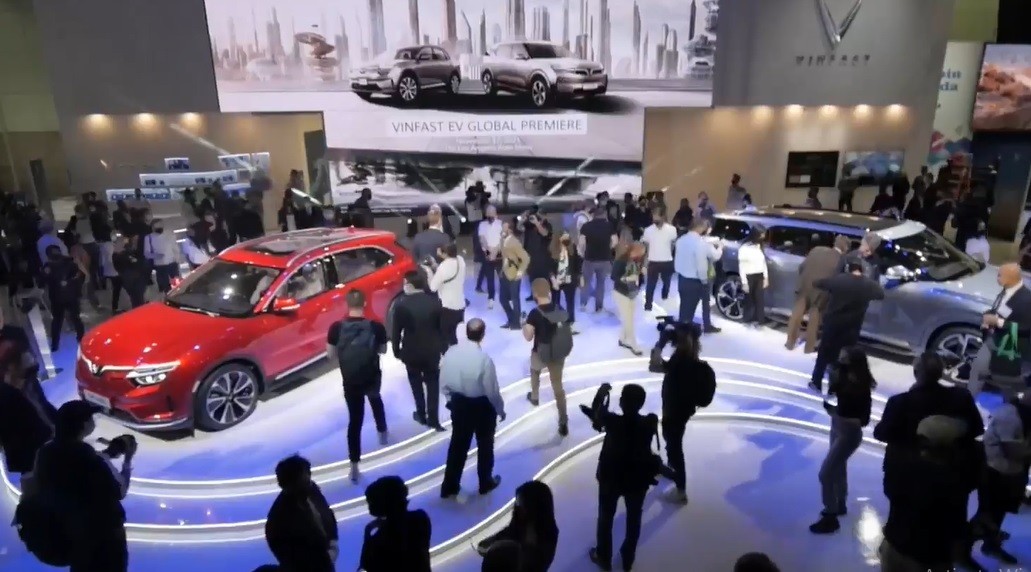 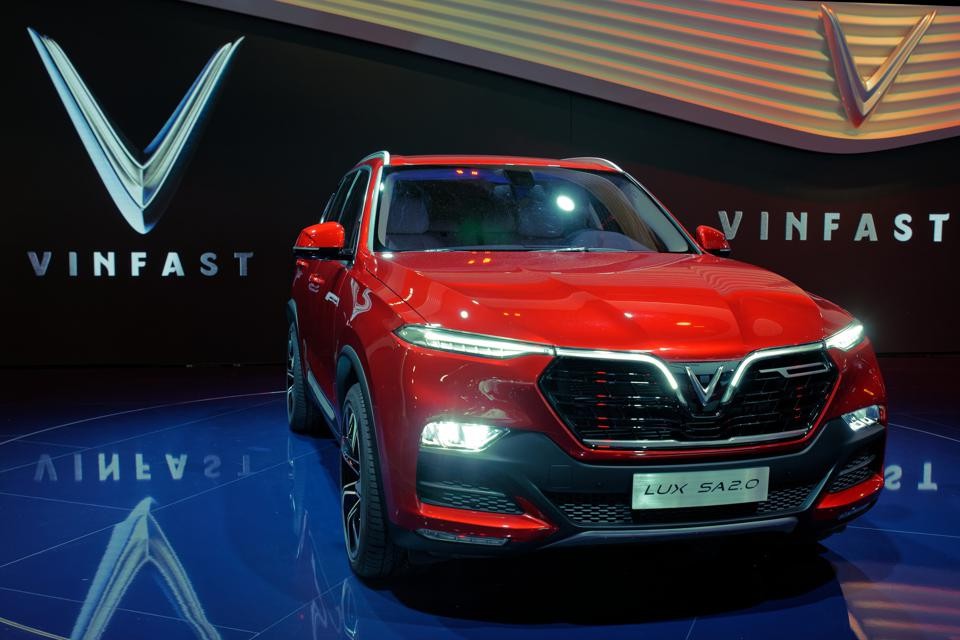