What you should know about pregnancy in advanced maternal age

Pregnancy at the age 35 or above is generally considered to be an advanced maternal age (AMA) pregnancy. Number of women with AMA pregnancy is rising every year, particularly in resource-rich countries. Let's hear from Dr.Tena Kovacevic on several facts we should know about delayed childbearing.

Pregnancy at the age 35 or above is generally considered to be an advanced maternal age (AMA) pregnancy. Number of women with AMA pregnancy is rising every year, particularly in resource-rich countries. Let's hear from Dr.Tena Kovacevic on several facts we should know about delayed childbearing.

There are numerous reasons behind delayed childbearing. Later marriage, second marriage, better contraceptive options, availability of assisted reproductive technologies, to name just a few. In surveys, women have cited a desire to achieve career, educational, financial, and personal goals, as well as stability in a marital relationship, before planning pregnancy.

However, delaying childbearing until mid 30s increases the risks of infertility and of developing chronic medical disease which might complicate pregnancy. Furthermore, women who delay childbearing are at increased risk of pregnancy complications, including ectopic pregnancy, miscarriage, fetal chromosomal abnormalities, some congenital anomalies, placenta previa (placenta covering the cervix, thus C section is required), gestational diabetes (diabetes developed in pregnancy), hypertension (high blood pressure) in pregnancy , preeclampsia (severe pregnancy related condition involving high blood pressure and presence of proteins in urine that affects both mother and the baby), and cesarean delivery. Such complications may, in turn, result in preterm birth.

Complications are not restricted to advanced maternal age pregnancies only. However, risks for developingcomplications in pregnancy tend to belower in younger pregnant women.

Due to new technologies and advances in fetal medicine, complications in pregnancy can be prevented, early predicted, diagnosed and successfully treated. For example, preeclampsia and eclampsia, severe conditions related to pregnancies only, can be predicted and early diagnosed simply byregular blood pressure monitoring,weight measurement, urine investigation and ultrasound. Early detection of preeclampsia/eclampsia can prevent from catastrophic effects that these conditions can have onboth mother and the baby. Diabetes in pregnancy can be also found very early by a simple glucose fasting measurement. Ectopic pregnancy, twin pregnancy, major congenital defects and even chromosomal abnormalities can be detected very early in pregnancy as well.

One of the most common concerns of an “older” pregnant woman is whether her baby has Down’s syndrome (Trisomy 21). Risk of carrying a Down syndrome baby (babywith one extra chromosome 21, typically associated with physical growth delays, characteristic facial features, and mild to moderate intellectual disability), rises with age.Any pregnancy can be affected, regardless maternalage, but the age-related risk significantly differs. Until recently, every “younger” pregnant woman was offered a screening test (“Nuchal test”) and every “older” pregnant woman was advised to immediately undergo an invasive diagnostic procedure to rule out chromosomal abnormalities. Either amniocentesis or chorionic villous samplingprocedure (examining fetal cells from either amniotic fluid or chorion/placental tissue) was offered. However, invasive procedures carry risk of an unwanted miscarriage.

Studies still tend to show us that the optimal age for having a first child is before the age 30 (illustrative photo: Getty Image)

Several years ago, a new, non-invasive test has been developed and has since been widely used as a first line screening test for women after age 35. It is called cell-free DNA test and can be found under different brand names, Panorama, Harmony, MaterniT21,… With the accuracy of detecting babies with Down’s (and some other chromosomal abnormalities) that can easily be compared to an invasive diagnostic procedure, cfDNA test requires a simple blood draw, thus being completely risk free for both mother and the baby. In case of a high-risk result, a confirmatory invasive diagnostic procedureneeds to be performed.

Despite rapid technology and medicine development, childbearing physiology hasn’t changed much and studies still tend to show us that the optimal age for having a first child is before the age 30.

However, increasing maternal age has its benefits. Observational study noted several outcomes - improved health and development for children up to 5 years of age, better language and social development and less unintentional injuries. Moreover, children of older parents have described several benefits including the patience, devotion and attention of their parents, as well as their emotional and financial stability.

In conclusion, childbearing and parenthood are important life decisions to be made. Knowing and weighing maternal age related risk and benefits might help making one of the most important decisions in life rather sooner than later./. 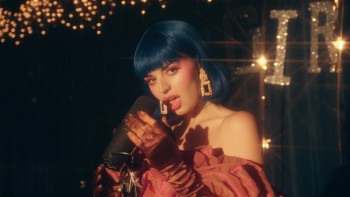 This December, Netflix offers an abundance of new original movies and TV shows that promise to bring you the best experience and a great month with holidays and entertainment.
November 27, 2021 | 07:58
Phiên bản di động