In this article, Jennings pointed out made-in-Vietnam phones make sense economically. The country dependent on factory work for the past 30 years is moving up the value chain into electronics. Smartphone developer Samsung Electronics has invested $17.3 billion in Vietnam-based factories, for example. Public schools emphasize science. University graduates who work for a foreign tech firm will know all the more about how to make a phone.

Vietnamese companies have come out with a list of their own phones, mostly cheaper Android models. The QPhone and BPhone were among the first. Now a subsidiary of the Ho Chi Minh City-based conglomerate Vingroup is selling a brand of handset called the Vsmart for about $100.

Trouble is, most Vietnamese don’t buy phones developed in their homeland because they can get more recognized foreign brands for around the same prices.

Foreign brands hold higher status than local equivalents, says Maxfield Brown, senior associate with the business consultancy Dezan Shira & Associates in Ho Chi Minh City. “The trajectory for consumer demand in Vietnam for electronics is currently trending toward an interest in international products and I would expect it to continue as consumer spending rises,” he says. Wages are rising in Vietnam though still as low as $171 a month.

The $314 Bphone 3, which was introduced last October, received an award for Best Vietnamese Phone at Tech Awards 2018 organised by online newspaper VnExpress in January.

It also won praise among experts for its processing speed and water resistance, the October news report says.

However, electronics stores in a busy section of downtown Ho Chi Minh City weren’t carrying any Bphones earlier in the month. Vendors said they didn’t know where a shopper would find one. Vietnamese firms Masstel and Mobiistar have launched phones, too. But phones by foreign brands such as Oppo, Samsung and Sony turn up more often today in the downtown electronics stores.

Home-grown smartphones made up no more than 1% of the total sold in Vietnam this past quarter, says Thanh Vo, senior market analyst with the tech research firm IDC. That figure had hit 5% over the previous 15 months. Samsung has a 42.8% share of Vietnam’s smartphone market, followed by Oppo at 23.2% and Xiaomi at 6.5%, the IDC analyst says.

The Vingroup subsidiary VinSmart aims to turn those stats around. Since 2017, it has sold about 300,000 Vsmart smartphones across 5,200 stores. Its existing factory can produce 25 million per year and it’s building another that can make up to 100 million, Vingroup’s investor relations office says for this report. Some could end up overseas.

Vsmart had signed a deal in July with BQ of Spain to start selling four smartphone models under the Vsmart brand in December, the Vietnam Investment Review reports. Quality will matter, Vingroup’s IR office says. “Vsmart is following the strategy of diversifying product lines in different market segments, focusing on the higher quality of the product than others in the same segment,” it says.

“Vingroup is an interesting company,” says Mike Lynch, managing director with SSI Institutional Brokerage in Ho Chi Minh City. “If they want to get into something, they’ll get into it. He describes Vsmart phones as based on a technically acceptable Chinese “reference design” for local manufacturing. “I wouldn’t be averse to buying one of their phones,” Lynch says.

According to Vietnam News Agency, Russia is VinSmart's third export market after the firm, a member of the VinGroup JSC, launched in Spain and Myanmar.

The introduction of Vietnamese smartphones to the European market shows Vingroup's desire to bring Vietnamese brands to the world.

Analysts in Vietnam liken the pro-foreign-brand smartphone trend in Vietnam to one that Chinese that consumers started two decades ago as their income rose. They went first for foreign food, wine and electronics, Brown says, but later swung back to domestic brands. Chinese consumers still buy foreign goods they consider to be of higher quality and not counterfeit, Practical Ecommerce magazine reports. But where quality is more certain, Chinese consumers may show patriotism by shopping local. Chinese smartphone developers Huawei, Oppo and Xiaomi sell largely to the domestic market.

“I can see something similar happening in Vietnam,” Brown says. “I would expect to see a trend back to domestic products as consumers begin to rally around national sentiment.”

The dominant foreign smartphone brands also sell at prices low enough to keep money-conscious Vietnamese consumers buying. Consumers “prefer the price rather than the origin of brands,” Thanh Vo says. “It means that if the brand can offer the cheapest price for a good quality, they will be purchased.” Shoppers are looking for quality in the battery, camera, screen and operating system, he adds./. 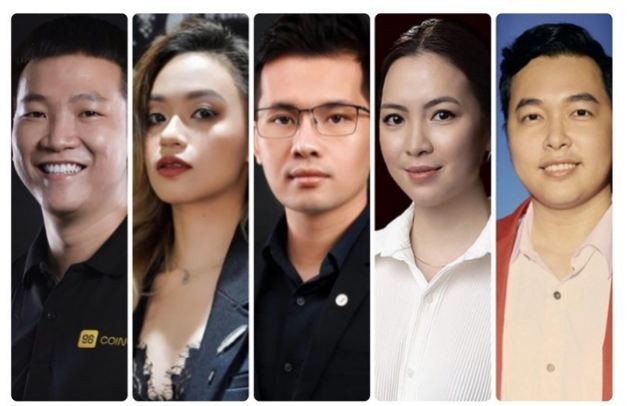