The first session of the 15th National Assembly will open in Hanoi on July 20 morning.

The event will take place at a time when the country is realising the Resolution adopted by the 13th National Party Congress and the elections of deputies to the 15th legislature and People’s Councils at all levels for the 2021-2025 tenure wrapped up successfully.

It holds special significance as it will lay a foundation for activities of the 15th legislature, including the election and approval of leadership positions in State agencies, discussions on socio-economic reports and the making of decisions on other important issues.

Later, the NA Chairman, State President, PM and Chief Justice of the Supreme People’s Court will take oaths before the legislature, which will be live broadcast nationwide.

The NA will also look into reports reviewing socio-economic performance and State budget in the first half and measures for the remaining months of this year, thrift practice and wastefulness prevention in 2020; approve the 2019 State budget balance, decide on the 2021-2025 socio-economic development plan and national financial plan, public capital borrowing and payment as well as the mid-term public investment plan for 2021-2025, and the national target programme on new-style rural building, and poverty reduction and sustainable social welfare for 2021-2025.

The National Election Council is due to deliver a report on the elections of deputies to the 15th legislature and People’s Councils at all levels for the 2021-2026 tenure and results confirming the eligibility of 15th NA deputies. The Vietnam Fatherland Front Central Committee will collect and submit voters’ feedback to the session.

Participants will also adopt resolutions on the programme on law and ordinance building in 2022, the NA’s 2022 supervision programme, and the establishment of a group in charge of thematic supervision.

As planned, the session will close on July 31.

As many as 435 out of 499 deputies have been vaccinated against COVID-19. Before arriving in Hanoi, they must test for COVID-19 thrice. 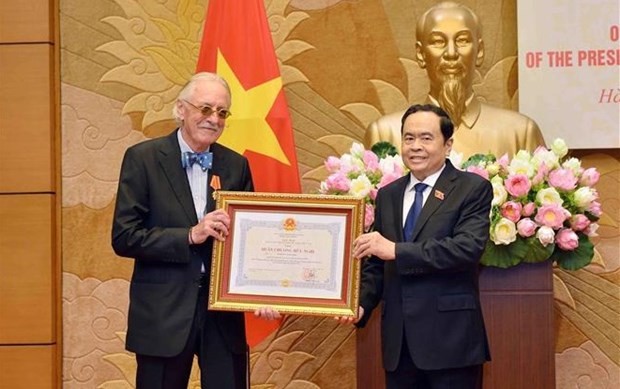 Former Secretary General of the Inter-Parliamentary Union (IPU) Anders Johnsson has been honoured with the State President’s Friendship Order for his substantive and effective contributions to intensifying relations between the Vietnamese National Assembly and the IPU.
July 26, 2022 | 06:19 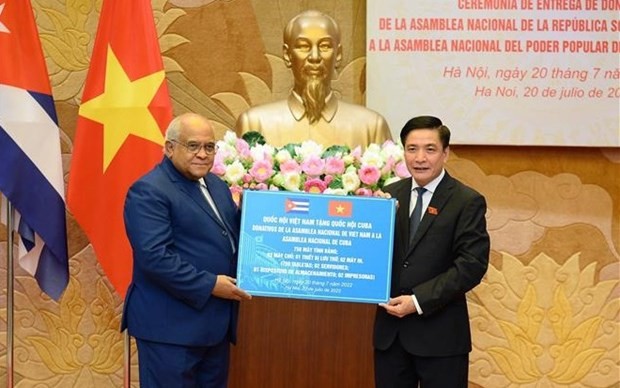