A new mother gave birth to her twins … 123 days after she was declared brain dead.

A new mother gave birth to her twins … 123 days after she was declared brain dead. 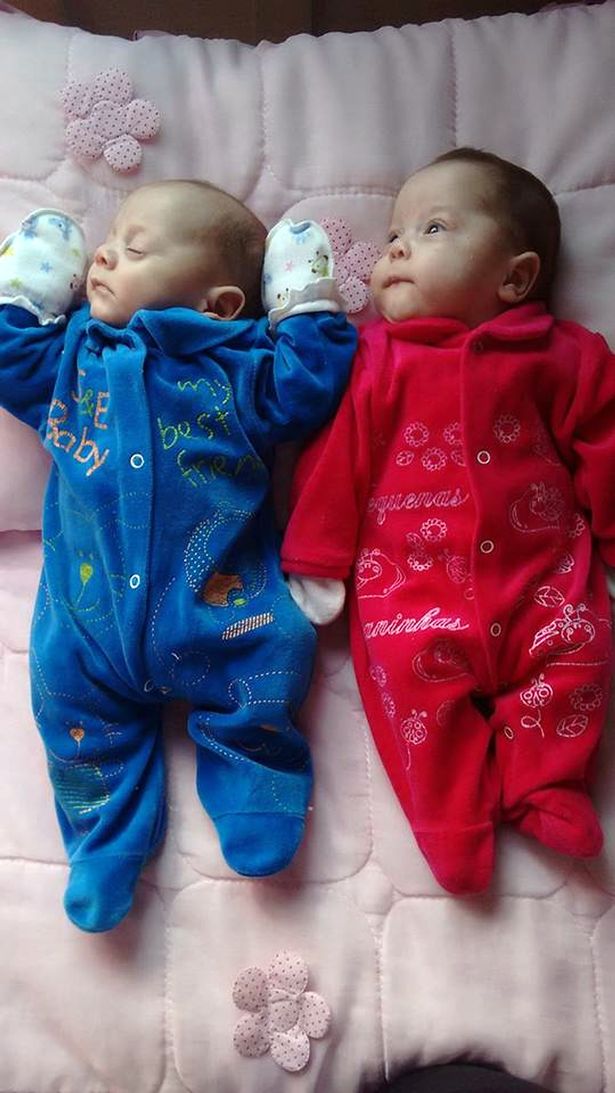 Zampoli Padilha, 21, of Contenda, Brazil, was kept alive on life support for more than four months – which some doctors believe is the longest period in medical history.

The decision was made when Padilha was declared brain dead while she was 9 weeks pregnant with twins.

Her husband Muriel Padilha, 24, recalled her complaining of a sharp pain in her neck and head in October. She lost consciousness before they reached the hospital, and the doctors later diagnosed her with severe bleeding in the brain.

"They told me they would give the babies three more days of life,” Muriel told Caters News. “They said as soon as their little hearts stopped beating, they would turn off the gadgets and I would be able to bury my wife.”

Even though doctors at Nosso Senhora do Rocio hospital in South Brazil expected the babies to die soon after, the fetuses’ organs continued functioning inside their mothers’ womb.

“They were clinging to life,” said Dr. Dalton Rivabem, who specializes in neurology at the hospital. “Frankielen’s organs were all intact and working as if she was still with us. We took the decision to keep her alive to save her unborn children. And every day, we watched them grow normally.”

The doctors, nurses and caretakers even took on the role to nurture Zampoli’s growing babies when she was not conscious to do it herself.

“We decorated the area around Frankielen's bed,” said Erika Chechan, the hospital’s chaplain. “The ICU was filled with love, affection and encouragement for the babies and their family to succeed. We said, 'we love you' every day they were here."

Twins Ana Vitoria and Asaph were born in February at about 3 pounds each in February, and were discharged in May after being watched closely in incubators for three months.

The Padilhas also have a 2-year-old daughter, Isa Beatriz.

"I'm so proud of my daughter,” Zampoli’s mom, Angela Silva said. “It's been hard losing her but she was a warrior right until the end, protecting her beautiful children and giving them life until the day she finally died."

Zampoli's working organs were donated after the birth of her twins to save two lives./.