The Mekong Delta city of Can Tho is planning to double the capacity of its wastewater collection and treatment plant, which was partly funded by the German Development Bank (KfW), and considers this one of the investment priorities in the coming time. 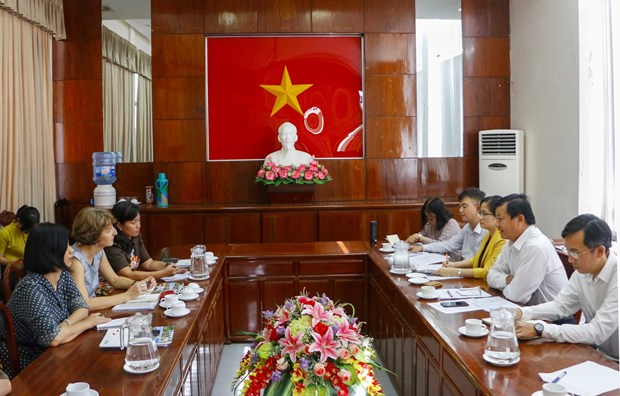 The working session between officials of Can Tho city and the German Development Bank (KfW) on January 8 (Photo: VNA)

Vice Chairman of the municipal People’s Committee Dao Anh Dung made the remark while meeting with KfW Country Director for Vietnam Simone Wunsch on January 8.

Dung said Can Tho has devised a plan on climate change response until 2030 with a vision to 2050. However, the work covers not only the settlement of flooding but also many other issues, including wastewater collection and treatment.

The city plans to raise the capacity of its wastewater collection and treatment plant from 30,000 cu.m. to 60,000 cu.m. per day to serve Cai Rang and Ninh Kieu districts and part of Binh Thuy district.

Besides, some districts of Can Tho are also in need of similar plants at present, he said, noting that the city is interested in this issue during its socio-economic development process. Therefore, it will prioritise inviting investment to such projects in the future.

The official added Can Tho also pays attention to the life of and jobs for the vulnerable groups amid climate change, along with transport infrastructure projects which will help boost local economic growth.

At the meeting, the KfW official said the German Government prioritises funding for projects in the fields of energy, vocational training, and environment – climate change response in Vietnam.

Through the working session, the KfW wished to learn about the investment programmes that Can Tho is planning to carry out so that both sides can explore cooperation directions for the time to come, he noted./.

'AGON by AOC': a New Gaming Brand Strategy to Inspire Gamers at Every Level

14 Indochinese Tigers Kept In The Basements Of Two Vietnamese Families

The Most Surreal Maze Bookstore In The World