On February 23, Ambassador Giorgio Aliberti, head of the European Union Delegation to Vietnam, affirmed that the EU will provide 210 million euros in non-refundable aid to Vietnam for the period 2021-2024.
Ruby Lee
lethanhha8991@gmail.com February 24, 2022 | 12:15

Ambassador Giorgio Aliberti, head of the European Union Delegation to Vietnam, on February 23 affirmed that the EU will provide 210 million euros in non-refundable aid to Vietnam for the period 2021-2024.

At a meeting with Auditor General Tran Sy Thanh in Hanoi, as Vietnam Plus reported, Aliberti said from 2021, the EU has agreed to support Vietnam through a multilateral cooperation program.

Under the program, during the 2021-2024 period, the EU will provide 210 EUR in non-refundable aid for Vietnam, he said, adding that with the package, the SAV will become an important partner of the EU in the time ahead.

Aliberti stressed the EU’s commitment to technical assistance to the SAV to enable the office to access and utilize international standards while helping Vietnam strengthen its governance system.

For his part, Thanh hailed the ambassador’s contribution in his capacity as head of the EU Delegation to Vietnam, especially his role in urging the EU to ratify the EU-Vietnam Free Trade Agreement (EVFTA) and the EU-Vietnam Investment Protection Agreement (EVIPA).

The Auditor-General briefed Aliberti on his office’s operations last year, notably its Chairmanship of the Asian Organisation of Supreme Audit Institutions (ASOSAI) for the 2018-2021 tenure.

The office has also issued a mid-term auditing plan for 2022-2024, and another plan for 2022, which are associated with the strategy on SAV development by 2030.

The SAV will continue to serve as an effective, essential tool of the Party and the State in inspecting and supervising the management and use of finance and public assets, Thanh said.

He thanked the EU for its great support to the SAV since the establishment of the office, highlighting the EU’s major projects for Vietnam with total funding of 3.9 million EUR.

Also, the country would diversify its energy sources, focusing on developing clean and renewable energy via wind power, solar power, biomass power, and waste to energy power, aiming to increase the share of clean energy to at least 20 percent by 2030 and 30 percent by 2045 in its total primary energy supply, as Prime Minister Pham Minh Chinh said.

At COP26, Vietnam was among a 190-strong coalition of countries and organizations pledging to phase out coal-fueled power generation and stop building new plants, VIR reported.

Recently, Executive Vice President of the European Commission (EC) Frans Timmermans has expressed his wish to step up cooperation with Vietnam in green energy development.

During his three-day visit to Vietnam from Feb. 17 to 19 to discuss Vietnam’s promises at the 2021 U.N. Climate Change Conference (COP26) in Scotland last November, Timmermans said "Vietnam has taken an ambitious step forward by setting a target of net zero emissions by 2050. This is an important goal that requires first and foremost a halt to new coal-fired power projects that have no technologies to keep carbon dioxin."

Despite the pandemic, Vietnam and the EU have maintained contact and exchanged delegations at all levels. President Nguyen Xuan Phuc met European Council President Charles Michel on the sidelines of the UN General Assembly last September.

The EU is a big provider of Covid-19 vaccines to Vietnam. EU members have pledged or donated 40 million vaccine doses through COVAX, TEAM EUROPE, and other mechanisms, as well as additional medical supplies. 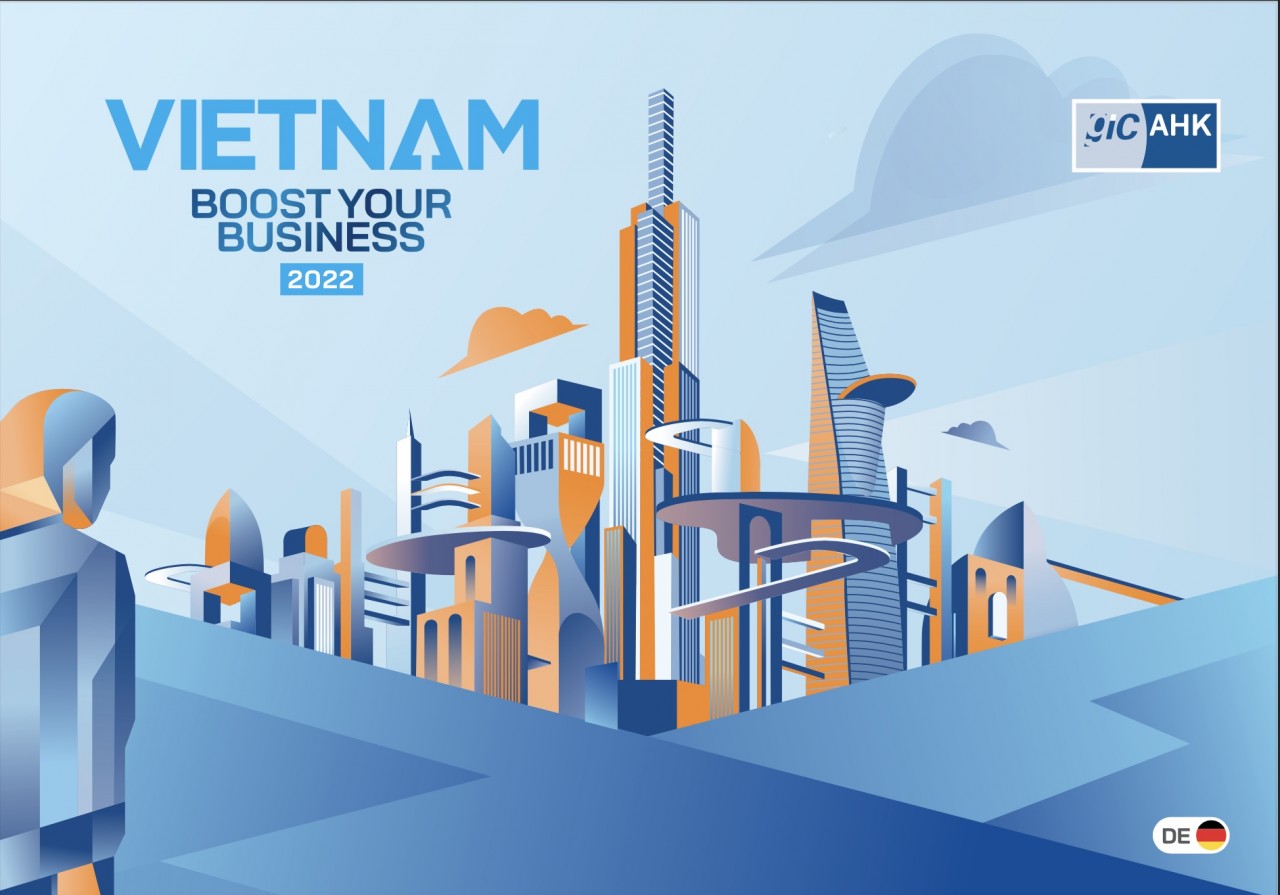 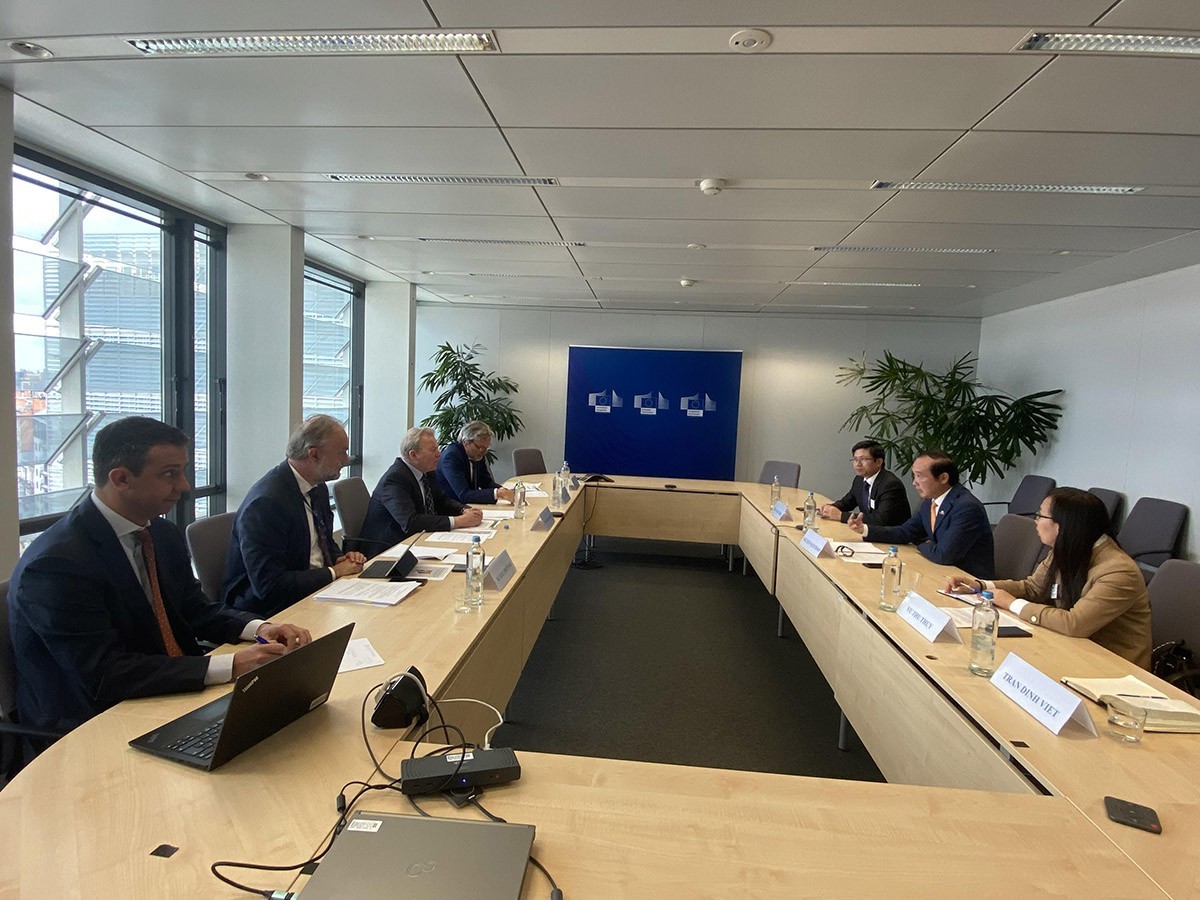 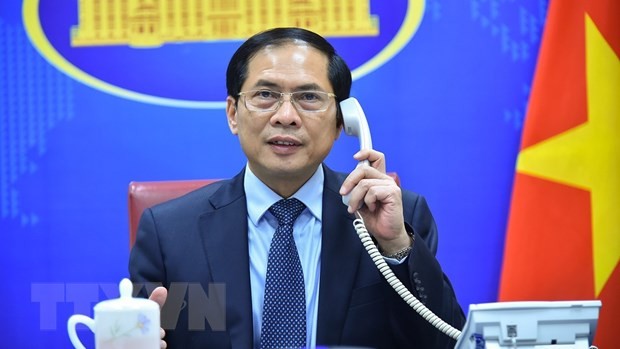