22-year-old Phi Hoang Dat and his friends at Team Fuho are not your typical online gamers. They are architects in the pixel world who wants to introduce stunning Vietnam to the world through Minecraft.

Phi Hoang Dat - Team Fuho's Leader and founder shares that he had been learning about architect while gaming since he was in 10th grade. Having met like-minded Minecraft players who like to make the Vietnam characteristics stand out in the game, he started to work on it while still in school.

With Happy Vietnam project, Dat wanted to revive real buildings by Minecraft's pixel cubes. The ideas to use historic landmarks he knows and loves is the reason why it is called Happy Vietnam.

Team Fuho was formed in 2019, and now there are about 10 main members who are responsible for different work and tasks, Tien Phong Online reported.

Taking full advantage of working remotely, the team often has virtual meetings and discusses their ideas online. It helps to save time and is much less costly. They represent a whole generation that works smarter, not harder.

From the beginning until now, the number of virtual buildings that the team have created has passed 40.

In order to create a building in Minecraft, you have to place and organize every single pixel cube. Thereby, we can clearly see how admirable the talent and the patience of the constructors are, Dat shared in an interview.

When being asked about the construction that they taken the most pride in, Team Fuho’s founder answered that it was the Ba Dinh Square with Ho Chi Minh Mausoleum, the Presidential Palace, Uncle Ho’s stilt house, and the One-Pillar Pagoda, which were also included in that area.

The most challenging and brain-wrecking construction for the Team is the Noi Bai International Airport in Hanoi. They struggles the most with detailed platforms, runways, and airplanes, cited from Game Hub.

Fame on the virtual world

Besides the Minecraft fan base, social media sites such as Facebook, YouTube, and Reddit helps Team Fuho popularize their project to the world. The team was surprised by how much support they have been receiving since the beginning.

The very first video about the Happy Vietnam project received more than 10,000 views when it was first uploaded on the Facebook page of Team Fuho. They also have a YouTube channel with more than 6,000 followers. The number of views is also going strong.

The online gamer community in Vietnam and foreign countries shows tremendous support for each of Team Fuho's updates. The Facebook page is the leader Phi Hoang Dat has more than 15,000 followers.

Team Fuho is currently one of the most active Vietnamese Minecraft teams thanks to their unique way to promote Vietnam’s image to international friends. Gamers enjoy exchanging Minecraft maps of Vietnamese landmarks provided by the team themselves.

Phi Hoang Dat and his team do not get any profit from the exchange but they think of it as a way to thank their supporters.

In the future, Team Fuho plans to continue growing the project and recreate even more landmarks and wonders from everywhere in Vietnam in a precise, lively, and detailed way, Dat shared on his Facebook account.

Important message of a generation

In order to convey more meaningful messages through the Happy Vietnam project, Team Fuho wants to bring to the community historical and cultural events associated with the works with selected, objective and biological images and knowledge. most active.

In September this year, the team announced the launch of the "LEARN HISTORY WITH TEAM FUHO" photo and articles series. With the Minecraft version of the landmarks, there will be fun facts and information tours for viewers to understand the history behind each one.

The message is to game is also to learn. They want to change a 'prejudice' about how pointless and non-educational video game is.

Above all, Team Fuho wants to contribute its best to the Vietnamese Minecraft community in particular and Vietnamese gamers in general to have fun with history lessons. 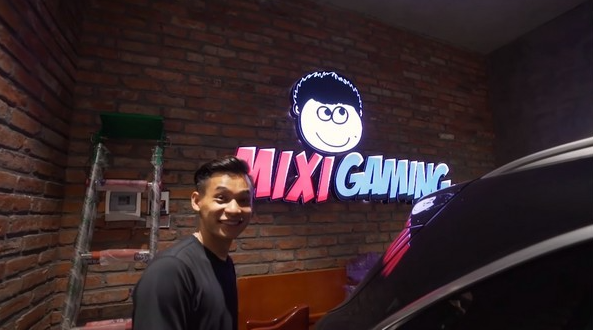