“Girls deserve to shine” concert to held in Hanoi

On the occasion of the National Action Month on Gender Equality and Prevention of Violence Against Women and Girls, the UNFPA in collaboration with the Ministry of Culture, Sports and Tourism (MOCST) and the Vietnam National Symphony Orchestra will organize a Symphony Concert “Girls Deserve to Shine” on November 27 from 8.00pm to 10.00pm at the Hanoi Opera House.

This concert is the initiative between the Government of Vietnam and UNFPA in joining hands to raise public awareness and increase the value of the girl child within the context of addressing domestic violence and gender-biased sex selection in Vietnam.

Gender equality in Vietnam has improved over the past decades, however, domestic violence and gender-biased sex selection as harmful practices for women and girls continue to remain in the country.

UNFPA-supported Data from the 2019 National Study shows that nearly 2 in 3 women (62.9 per cent) experienced one or more forms of physical, sexual, emotional, and economic violence and controlling behaviours by their husbands in their lifetime. But domestic violence is hidden in Viet Nam. Almost all women (90.4 per cent) who experienced physical and/or sexual violence from husbands did not seek any help from formal service providers, largely because of the fear of stigma, discrimination and further harassment.

In Vietnam, the home, which should be a place of love, comfort, and security, does not necessarily seem to be, for too many Vietnamese women – and for their children – a safe place to be.

The manifestation of gender biased sex selection can be directly measured through “sex ratio at birth (SRB),” and Vietnam’s sex ratio at birth is the third highest in the world, following China and India. The unbalanced sex ratio at birth was first identified in Vietnam in 2004, and since 2005, it has rapidly increased and reached 111.5 male births for every 100 female births in 2019 as indicated in the 2019 Population and Housing Census, against the biologically “natural” or “normal” sex ratios between 105 and 106.

Evidence shows that this demographic imbalance is a result of pre-natal sex selection, which is the termination of pregnancy when the fetus is determined to be female. UNFPA’s State of the World Population Report estimates that every year, 40,800 female births are missing in Vietnam. It means that 40,800 girls are not born every year in Vietnam because they were found to be a girl. This has to be changed immediately, and it is one of key messages of the concert.

“The 2030 Agenda for Sustainable Development provided us with 17 development goals, but SDG5 is particularly important to “Achieve gender equality and empower all women and girls” in all circumstances, including in crisis and humanitarian situations. The 2030 Agenda has pledged to leave no one behind.

This means that in our development efforts, girls must be a priority. The world, including Vietnam, should ensure that all the opportunities are granted to girls as they mature into adulthood. The culture of ‘boy preference’ has to be changed, where an equal valuing of girls is something that we must instill in all the contexts because “Girls deserve to shine”, said Naomi Kitahara, UNFPA Representative at the press conference./. 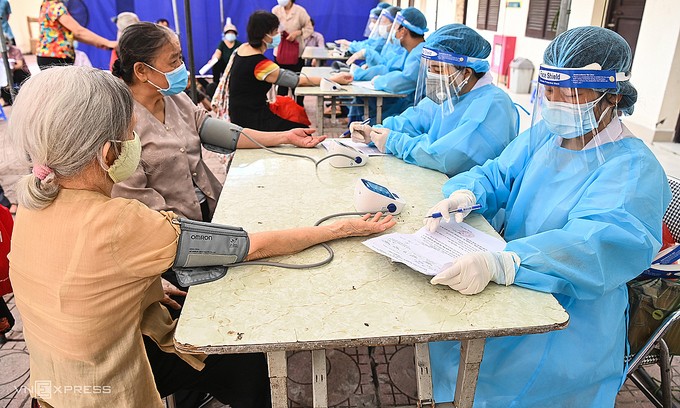 Network for Development of Business Services for Older Persons Debuted

Network for the Development of Business Services for Older Persons in Vietnam made its debut.
January 08, 2022 | 08:19