The Hai Van Pass in the central Vietnamese coastal city of Da Nang has been named among the 10 most beautiful drives in the world by renowned US magazine Travel + Leisure.
Malie Nguyen
Dieuhuong270198@gmail.com May 07, 2021 | 08:46

PMG analyzed more than 7 million Instagram hashtags to find the world’s most stunning routes and divided the number of images of selected routes by their length.

With a length of 20 kilometers and 2,686 pictures per km, the Hai Van Pass came fourth in the list, behind the Great Ocean Road (Australia), Big Sur (California), and Jebel Hafeet (United Arab Emirates).

Jonathan Lingham, marketing director at Pentagon Motor Group, told the magazine: "Despite the looming question over international travel, road trips are still on cards, thanks to the luxury and convenience of our wheels."

"As there are so many driving holiday destinations around the globe, we were curious to find out which route is officially the most beautiful. It's great to see so many bucket-list-worthy road trips cropping up from all around the world — from the UK to Australia, and Norway to the USA — it proves that everyone can jump in their car and embark on an epic adventure,” he added.

According to Travel + Leisure, the Hai Van Pass was once dubbed “one of the best coast roads in the world” by Jeremy Clarkson, former host of the UK motoring television program Top Gear.

The website also recommended those traveling along the route slow their speed when weather conditions become foggy.

PMG’s search noted that the pass has become one of the most popular destinations for visitors to snap photographs on, with more than 55,000 photos taken at the site uploaded to Instagram.

Not only is it a place associated with many important historical values. Hai Van Pass is also a place that attracts visitors who are passionate about exploring the beautiful scenery captivating people.

Hai Van Pass emerged on the blue sea of the East Sea, stretching about 20 km from Hue to Da Nang. It is a high mountain pass along the 1600km coastline of Vietnam. For centuries, this pass has formed a wall between the ancient Cham culture in the south and the inheritance of the Vietnamese tribe in the Red River delta, the dividing line between literary influences from the north and south of Asia.

How Hai Van Pass Is Unique?

Today, Hai Van Pass is a climate barrier between the North and South of Vietnam, There are 2 seasons in the South (Dry and rainy season) but 4 seasons in the North of Vietnam. Traveling to Da Nang along On Highway 1. You will feel the cool breeze while enjoying the wonderful scenery along the way to one of the most beautiful beaches in Vietnam.

From Da Nang City, Travel along National highway No1, We will cross Nam O Nam River. It’s very close to to a famous village very famous for making fish sauce. Starting from here, the road slopes upwards, like a white thread wrapped in green mountains, until it reaches the top. It’s Amazing Scenery. Because from here you will see the whole bay and the city below appear suddenly, stunningly stunning. In the distance, the white sand beach of Non Nuoc beach stretches to the horizon, beyond the boulders of Ngu Hanh Son, Originvietnam reported.

At an altitude of 496 meters, the pass of these oceanic clouds gives us breathtaking landscapes of the stretched coastline of Vietnam. This is a small temple worshiping a mountain god. Such as symbolized by a tiger statue – a lord of the forest. It’s located on the top of the mountain. Along the pass, you will see some small shrines to commemorate the victims.

It is worth a visit Hai Van Pass

The moss growing on the bunker – called the first. It was built by the French in 1826 to protect this strategic pass. It has been steadily on the side of the mountain for decades. It’s can be controlled from the sides of the mountain from both sides. Most witnessed the rise of the Vietnamese people during the struggle against the French. Then transferred to the US Army and the Vietnamese People’s Army once used this ramp for shelling in Da Nang.

- Being present at the top of the pass at sunrise or sunset can own beautiful photos and enjoy the best - atmosphere of the day.

- Along with friends climbing Hai Van Quan, sip coffee bought at the top of the Pass is also an interesting new experience.

The road starts down the slope for the Da Nang tour package to Hue city. Looking from above, the road looks like a thread winding with lots of turns that make the feeling of an endless road. But just when you start to lose hope, cars round the last turning point, and a very spectacular landscape appears before your eyes: Beach and Lang Co fishing village.

Whether it is midway or the last point of the Da Nang tour. Lang Co beach is a great destination of the Hai Van Pass. From here onwards, you can comfortably admire the rice fields and tranquil villages along the road going to Thua Thien Hue.

In the journey to conquer the Hai Van Pass, in addition to admiring the unique natural beauty here. Do not forget to record the beautiful “unique” moments. Hai Van Pass with challenging bends and a majestic beauty that captivates people will always be one of the places to be missed in Vietnam for any adventurer lover.

How To Go To Hai Van Pass?

Hai Van Pass is 20km from Da Nang city and 80km from Hue city. For convenience, you can move to Da Nang city by many means such as airplanes, trains, buses … then rent a car to Hai Van Pass.

By cars: Since most of the current cars choose to go through the Hai Van pass tunnel, the transportation by the car to pass the pass is quite limited.

By motorbike: This is the best means for you to fully experience the feeling of conquering Hai Van Pass. Moving by motorbike, you can flexibly stop at many places on the pass to enjoy the view, take photos, take a rest … If it comes from Da Nang, after about 1 hour, you will reach Hai Van Pass. 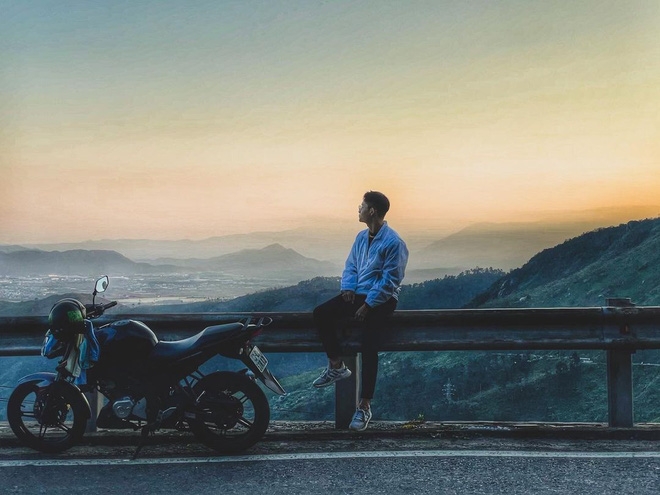 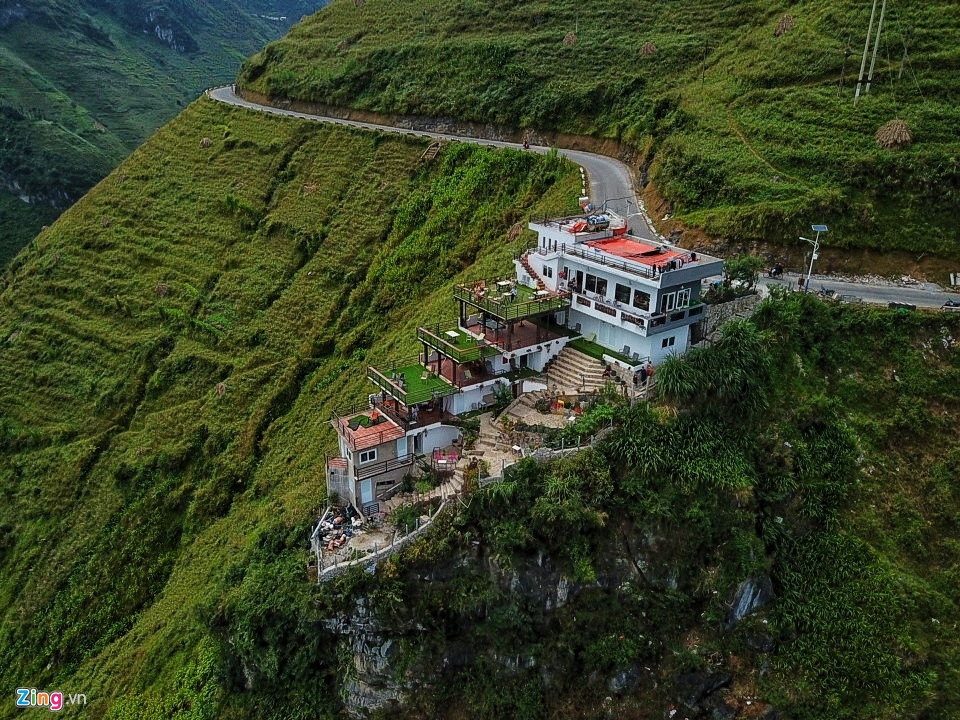 It is clear to admire the incredible bird-eye view of every mountain passes across Vietnam but there are also dangers hidden there. Here are 10 places that any travelers would long for conquering in the country.
March 12, 2021 | 16:05 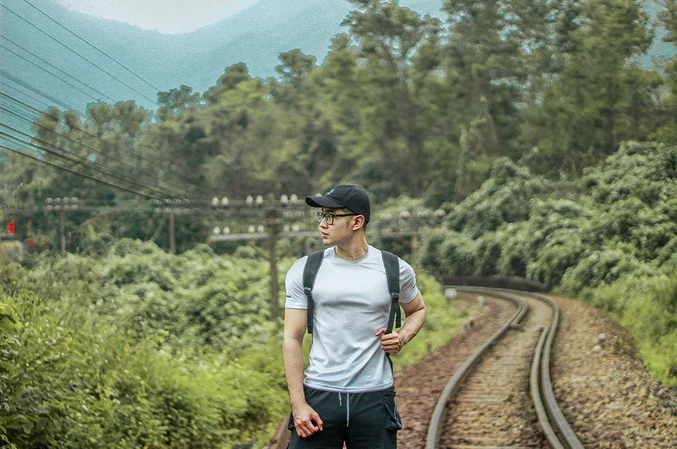 Under the lens of a young Hue photographer, Hai Van Bac station and Vom Don Ca bridge beautiful and dreamy as a movie scene.
March 05, 2021 | 23:39 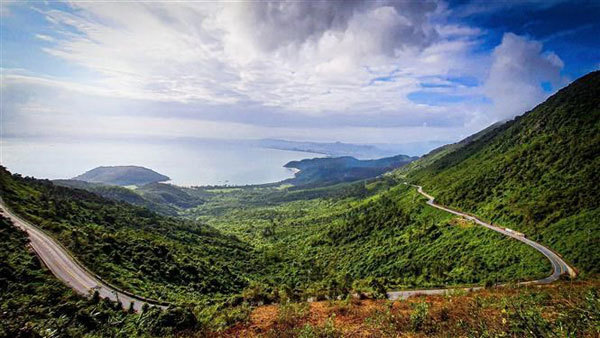 Hai Van pass is one of the best and most historic roads in Vietnam, and a perfect destination for the travelers who love a ride along the peaceful, quiet steep winding roads on a paved mountain pass.
March 04, 2021 | 15:23