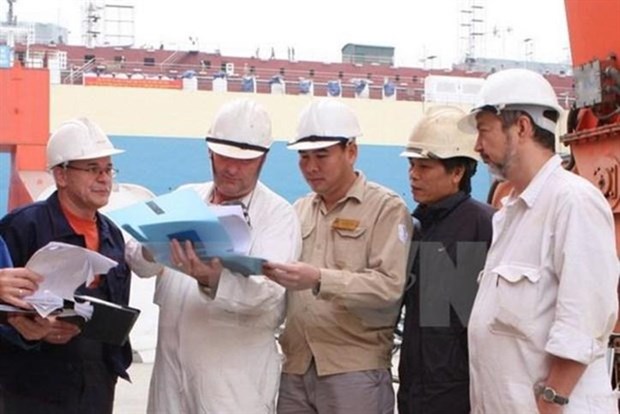 Foreigners applying for work permits must strictly undergo medical checks according to regulations and follow quarantine requirements given by the local authority if returning to the city from pandemic-hit areas, he said.

Those who apply to renew their work permits must have valid passports showing they have not left the city since February 1, and have health certificates issued as of February 11.

The department has asked the Department of Foreign Affairs to inform diplomatic representative agencies, consular offices and representative missions of international organisations, businesses and foreign workers in the city that they must strictly comply with the regulations.

Authorities in localities have been asked to continue reviewing and controlling the number of foreign workers.

More than 4,600 foreign workers at 2,030 businesses in the city have been granted work permits.

As of 6 pm on March 28, Vietnam recorded 174 infection cases. Until February 26, only 16 cases were reported and all the patients recovered and discharged from hospital. Since the detection of the 17th case on March 6 to present, five more patients have fully recovered.

As from March 28, the Government’s new directive on more drastic measures to curb the spread of COVID-19 took effect, including a ban of events with over 20 people and gatherings with over 10 people outside of offices, schools and hospitals. Public transport including bus and domestic flights, have been cut down, while shops offering non-essential goods and services are asked to close down./.