(VNF) - The HCM City’s District 1 People’s Committee has announced that the district will launch its first two street vendor spaces on August 28.

According to Vice chairman of the district’s People’s Committee Doan Ngoc Hai, the plan was delayed due to many different opinions on how the plan should be implemented.

“Our district wants to open the food streets as soon as possible so that poor families will have an official place to conduct their businesses on the sidewalk,” he said.

According to a plan which was approved by the city’s administration in March, the two “food streets” will be located on the sidewalks of Nguyen Van Chiem Street and Bach Tung Diep Park.

The areas have spacious pavements with room for vendors’ businesses and vehicle parking. 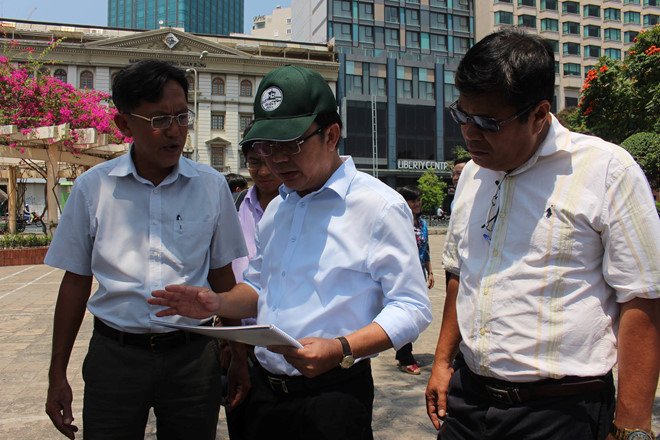 In the pilot period of the programme, which will be about six months, District 1 will set up 20 booths on Nguyen Van Chiem Street and 15 booths along Bach Tung Diep Park.

All stools, tables used in the food street will be provided by one sponsor to avoid obstructing pedestrians, ensure aesthetic and make best use of the pavements as the street vendors can share them with one another./.