The municipal Transport Department has proposed a new bike sharing scheme for downtown HCMC with 43 stations and 400 bikes to encourage public transportation.

The stations would be located near bus stations in District 1 and District 3. The city is already studying the possibility of setting a bus priority lane in District 3, the department has said in its proposal to the city People’s Committee.

Each station would have a 20-30 square meter area and host 10-20 bikes. Users would unlock the bike by downloading the Mobike app on their smartphone, on which they can also locate the nearest station, according to the vnexpress.

The department said that the bike sharing scheme will help commuters connect with other types of public transport such as buses and make it more convenient to use public transportation.

The department had made a similar proposal in 2017 for District 1 but it was never implemented.

In 2018, a company tested a bike sharing scheme at the Vietnam National University – HCMC in Thu Duc District, but that project was not tested anywhere else in the city. 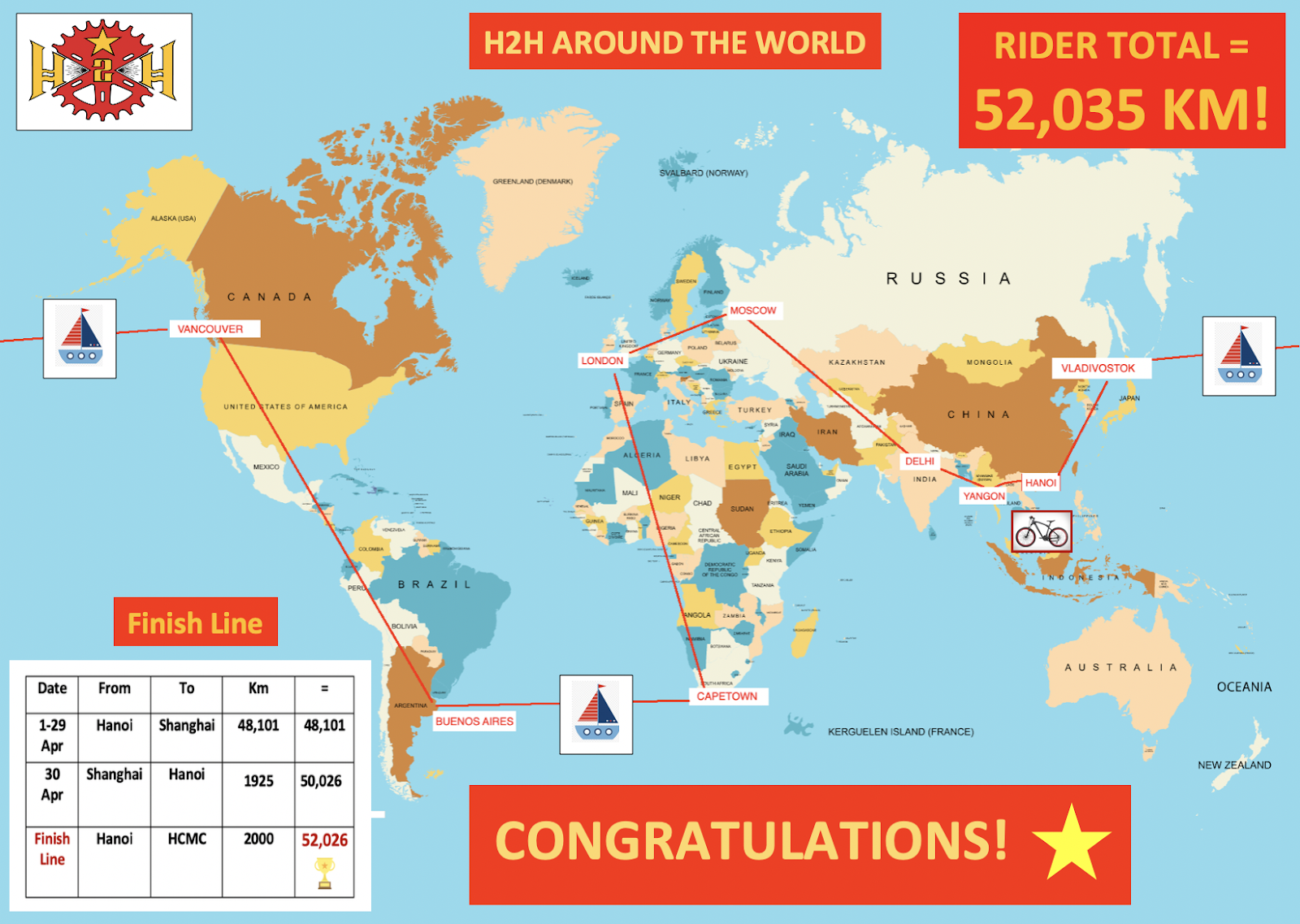 H2H Around the World is raising vital funds for four charity partners providing education, fights human trafficking and responds to COVID-19 through Saigon Children, Blue Dragon, Live & Give and ILACN.
May 02, 2020 | 07:36