Khoa is a very popular name among backpackers. He has been dreaming about embarking on this journey for 20 years and had spent two years preparing for it before setting off on June 1, 2017. He told VNE that the book “In Vespa. Da Roma a Saigon" by the late Italian writer Giorgio Bettinelli inspired him to make the decision.

The unforgettable 1110-day-long motorbike journey allowing him to set foot on 6 continents, 62 countries, and explore every natural and cultural beauty around the world.

Khoa had conquered six dangerous routes, namely North Yngas in Bolivia, Balochistan in Pakistan, roads through Iran, Eyre highway in Australia, roads in Africa, Andes. He spent 7 months in the US to experience its every nook and cranny.

Being escorted for 2,000 kilometers (1,242 miles) through a dangerous area by police in Pakistan was one of his mesmerizing experience. His stop at Bulgaria also allowed Khoa to realize his childhood dream of becoming a pilot: he had the chance to enjoy a 30-minute flying a real aircraft himself with a flight instructor with just BGN50 ($30).

He celebrated the 100th day of his journey in Georgia, where he took the best pictures and enjoyed the tasty local food.

“Throughout the journey, I met and made a lot of new friends, you know, both Vietnamese and local people, who offered me helps and welcomed me with warm treats”, Khoa smiled.

Notwithstanding of the wonderful new experience, of course, the backpacker met certain difficulties along the road. “When I rode through the scorching hot desert on roads that seemed endless, I was so scared and depressed”, he recalled.

His motorbike, which he named Memo for Mekong Delta Motorboat, has broken down multiple times Khoa has always managed to put it back together. Khoa’s only “companion” across the journey had taken him through a total of 80.000 km. Over 200.000 photos and videos were recorded along the journey.

The travel enthusiast terminated his long drive in Mozambique and returned Vietnam on June 16 on a repatriation flight of South Africa Aviation in cooperation with the Vietnamese authorities.

His initial plan was to extend his trip to September 2, however, he ended the trip earlier than expected as “the coronavirus is playing havoc across the world”.

“My motorbike journey had to end abruptly due to the epidemic. I was shocked. Plus, I didn’t see I would return Vietnam this way”, Khoa told To Quoc. “See you all fellow countrymen in Hanoi or somewhere nearby after the coming 14-day quarantine”.

Upon returning home, Khoa intends to write a book about his trips to raise funds for poor children. His incredible journey has inspired many people to pack their back and go travel. A lot of Vietnamese people show their admiration toward the brave go-getter. 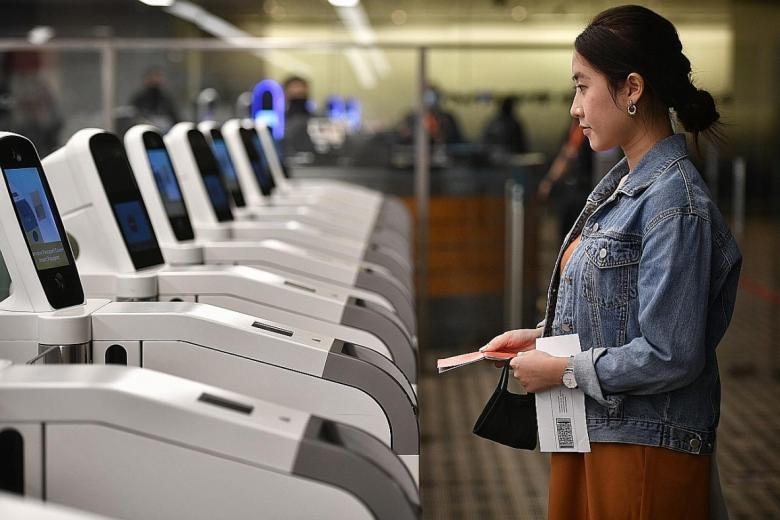 Facial and iris recognition, instead of fingerprint scanning, will be the primary biometric identifier for travellers at Changi Airport's immigration clearance.
July 03, 2020 | 07:21