Tan, who is leading a high-ranking VPA delegation to visit Russia, encouraged members of the Vietnamese team and expressed his hope that they will show the best performance while ensuring safety against Covid-19.

On the occasion, Major General Anatoly Georgievich Kontsevoi, Deputy Commander of the airborne forces of Russia and main referee of the Sniper Frontier contest, paid a courtesy call to the Vietnamese delegation.

The Russian officer spoke highly of Vietnamese gunmen’s good skills and high sense of discipline. He held that the Vietnamese sniper team boasts the high potential to enter the semi-final scheduled for August 31.

Senior Lieutenant Colonel Dinh Tat Thang, head of the Vietnamese sniper team, said that the team had gained encouraging scores with two snipers ranking third out of 17 competitors in individual events and another ranking fourth in another individual event.

Sniper Frontier has been held for the first time at the Int’l Army Games 2021. The competition takes place in four stages, which the first is an individual skill assessment, the second is a pair assessment, the third is a team assessment, and the fourth is a speed assessment.

Each stage has different contests, with one contest taking the priority in the case of two teams sharing the same total score. The performance of the first stage determines the groups of teams as well as the contests in the later stages. The three weapons used for the competition are the Makarov K59 pistol, the AK74 automatic rifle, and the 7.62 mm SVD sniper rifle. 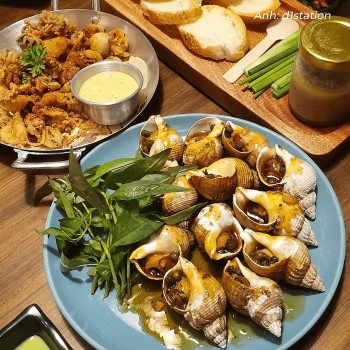 The Vietnam General Confederation of Labour (VGCL) and the All-China Federation of Trade Unions (ACFTU) on May 24 shared their operational experience and agreed to step up their exchanges.
May 25, 2022 | 15:26
Phiên bản di động