The destroyer with 247 crew members and Captain Hamasaki Shingo at the helm will be seeking logistics and technical services in the city, besides having some friendly meetings with the Vietnam Naval Academy, which will be held online as a Covid-19 safety precaution. The visit is part of efforts to boost defense and security cooperation between Vietnam and Japan and maintain the countries’ strategic partnership, according to VN Express.

Commissioned on 19 March 2002, JS Akebono (DD-108) is the eighth ship of Murasame-class destroyers, according to Japan Maritime Self-Defense Force.

As a part of the visit, on April 20 morning in Hai Phong, Rear Admiral Tran Thanh Nghiem held a talk to the Japanese Ambassador to Vietnam Yamada Takio, in which the Ambassador stressed Japan's consideration toward Vietnam as an important strategic partner, especially in recent years when the two countries' relationship has been deployed in many fields and high-level visits have been held regularly.

The Ambassador affirmed that navy cooperation between the two countries has been going on well over the past time. The Vietnam Navy has created favorable conditions to welcome ships and delegations from Japan to visit Vietnam. He hoped that the two countries' cooperation would be further expanded in the coming time.

In response, Rear Admiral Tran Thanh Nghiem expressed his pleasure to welcome Ambassador Yamada Takio and the Japanese delegation to the Vietnam Naval Command. Nghiem reviewed the milestones in the friendship and cooperation between the governments, armies, and navies of the two countries over the past time, which were important contents to build a wide-ranging strategic partnership. In the field of defense cooperation, the two navies have regularly held exchanges at all levels, as well as together organized many training courses at sea. 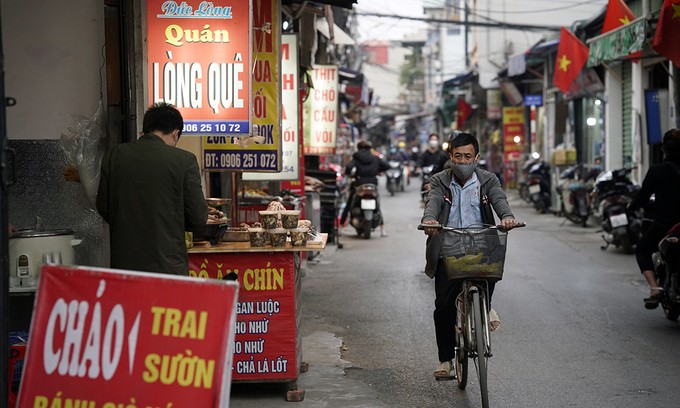