VOA news informed on 26 March that “Made in Vietnam” goods now is becoming more and more popular and familiar with American than ever before, such as cell phones, lounge chairs and clothing... U.S. imports from the Southeast Asian nation have increased to record levels, showing the two sides increasingly interlinked, despite U.S. President Donald Trump’s taking a tougher line on commerce with Vietnam.


The United States increased its imports from Vietnam by 36% last year for a total value of $67 billion, which is the highest increase in a single year since 2003, according to statistics from the U.S. Census Bureau.

The increase shows Vietnam is making a “massive reorientation” in trade toward the U.S., according to Michael Ryan, the economics director at IHS Markit Economics, an investment research firm.

Businesses have moved to Vietnam in order to depend less on neighboring China, where it has become more expensive or harder to do business because of multiple reasons: the trade war with the U.S., the coronavirus pandemic, and the higher costs.

“The United States has become far and away the most important driver of Vietnam’s export engine, accounting for two-thirds of Vietnam’s total export growth in 2019,” Ryan said.

Vietnam is a key source of electronics, furniture, clothing, footwear, and fish for Americans. It also is a key global exporter of coffee, rice, and other food.

After the U.S. government asked it to buy more American goods, Vietnam announced this month it would buy $3 billion worth of farm goods, from soy animal feed to barley, in addition to previous announcements of buying U.S. airplanes.

Trump has threatened tariffs, saying in June that Vietnam abuses the trade system but not explaining how. He said he wants to decrease the gap in what the U.S. exports to Vietnam, versus the larger number of what it imports from Vietnam.

Instead, that gap has increased every year from 2008 to 2019, according to the U.S. Census Bureau. While economists say the trade balance is not a key way to measure trade success, Vietnam is exporting more because of the China-U.S. trade war.

Assistant professor Jing Wu says President Trump’s trade war did not get companies to move to the U.S., but instead shifted them to other nations like Vietnam.

“Contrary to the hypothesis that firms move production back home as it is more safe, we find [that] an increase in U.S. trade policy uncertainty tilts the production process of American firms overseas,” Wu said.

He and colleagues at the Chinese University of Hong Kong (CUHK) Business School studied the relationship between trade uncertainty and the movement of firms, finding that firms tended to persify source countries amid the trade war. They cited as examples Apple, Chevron, and Victoria's Secret owner L Brands, which all have moved more business to Vietnam.

Their study predates COVID-19, which has upended supply chains and exports around the world. Businesses still expect to be active in Vietnam after the crisis, though, and continue to invest. For instance, the U.S.-ASEAN Business Council went through with plans to send a business delegation to Vietnam this month amid the crisis.

“The record number of companies on our health delegation this year, especially during this critical time, speaks volumes to the value the business community places on working with the Vietnamese government to make health care more accessible,” Son Pham, chief executive officer of GE Vietnam, which includes GE Healthcare, said. 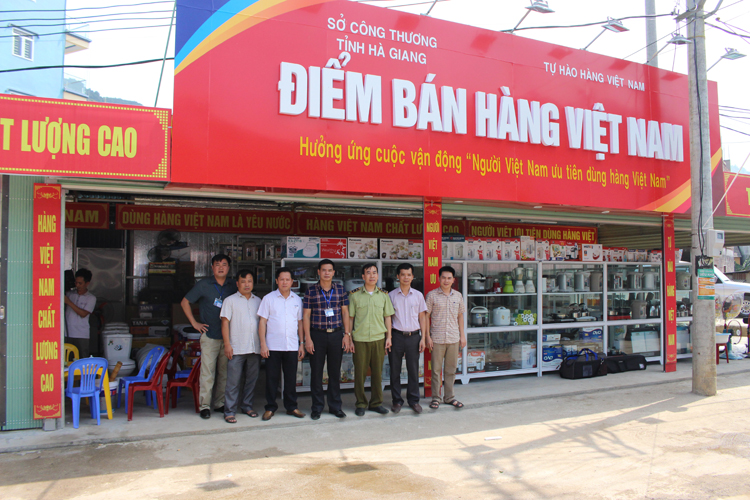 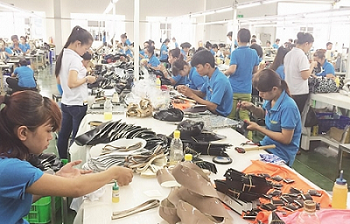 Vietnam's footwear exports to U.S. market increase by 10% in Q1

Vietnam’s footwear and bag export value is forecast to reach 24 billion USD this year, maintaining a 2-digit increase. Footwear is one of the key export products of Viet Nam to the U.S. with export turnover in the first quarter of this year reaching US$1.56 billion, an increase of 10% compared to the same period last year.
May 26, 2020 | 14:30 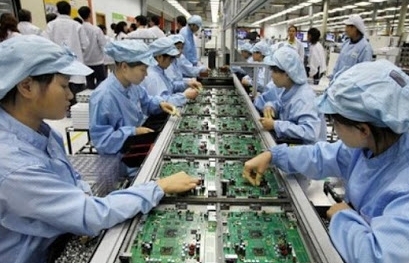 With the novel coronavirus pandemic and trade tensions driving the shift of production lines from China to Southeast Asia, Vietnam, in particular, seems to have emerged as an attractive destination for investors and manufacturers alike.
April 29, 2020 | 13:26