In the proposal sent to the Government at the Prime Minister's meeting with state-owned enterprises at the end of March 2022, the Vietnam National Coal and Mineral Industries Group (TKV) proposed a bauxite mineral development plan for the national development goals in the long term.
Zoey Nguyễn
nhungnguyenle.1209@gmail.com May 29, 2022 | 12:04

Dang Thanh Hai, General Director of TKV, said that the group has completed the exploration and approval of the reserves of 12 bauxite mines in the two provinces of Dak Nong and Lam Dong, with a total reserve and natural resources of 3.2 billion tons of raw ore. However, TKV has only been licensed to exploit part of the reserves of two mines Tan Rai and Nhan Co with a total exploited reserve of 260 million tons.

After more than 15 years of investing, two bauxite projects in the Central Highlands, including the Lam Dong bauxite-aluminum project complex and Nhan Co alumina factory project (Dak Nong) with a capacity of 650 thousand tons of alumina/year/project, have both achieved high economic efficiency.

In Resolution 119/NQ-CP issued on September 27, 2021, the Government agreed to the policy of adjusting and prolonging the time limit of planning that has expired, and assigned ministries and localities to make practical adjustments to the plan.

However, up to now, these (adjusted) plans have not been approved. Therefore, Vinacomin has proposed to the Prime Minister to direct ministries and branches to soon appraise and approve the planning for exploration, exploitation, processing, and use of minerals in the period 2021-2030, with a vision of 2050, as a basis for the Group to deploy projects on exploiting and processing bauxite ore in the Central Highlands.

Previously, at the beginning of February 2022, Resolution No. 10-NQ/TW of the Politburo on the strategy of the mining industry until 2045, clearly stated the orientation: Applying the mineral resource management model transparency, efficiency of the world; strengthen the inspection and supervision role of localities and people where minerals are exploited; quantify and fully account the value of mineral resources into the economy.

“The orientation must: Strengthen inspection, examination, supervision, and consideration of the responsibility of organizations and individuals for the occurrence of violations in the management and use of minerals and activities related to mineral geology and mining industry. It must revoke mining licenses, strictly handle organizations and individuals who violate in mineral mining activities, especially those who speculate, hoard, raise prices, causing damage to the interests of the State and the people," the resolution stated.

Regarding the legal corridor for the auction of minerals, on February 14, 2022, the General Department of Geology and Minerals of Vietnam (Ministry of Natural Resources and Environment) had a meeting to finalize the draft Decree, replacing Decree No. 22/2012/ND-CP of the Government regulating the auction of mining rights.

At the meeting, Deputy Minister of Natural Resources and Environment Tran Quy Kien asked the General Department of Geology and Minerals of Vietnam to review the contents of the starting price for the auction area under the authority of the ministry and the jurisdiction of the Government. Provincial People's Committee; the calculation and payment of winnings at auctions for mining rights.

At the same time, the Deputy Minister also requested the General Department to accept and explain comments from ministries, branches, and localities, complete the draft Decree, and report it to the competent authorities for consideration and decision.

Dao Chi Bien, Executive Deputy Director of the Department of Geoeconomics and Mineral Resources, said that following the direction of Deputy Prime Minister Le Van Thanh on completing the draft Decree regulating the auction of mining rights. For minerals, the General Department of Geology and Minerals of Vietnam has reviewed the provisions of the Law on Property Auction and the Law on Promulgation of Legal Documents to make appropriate and timely adjustments. 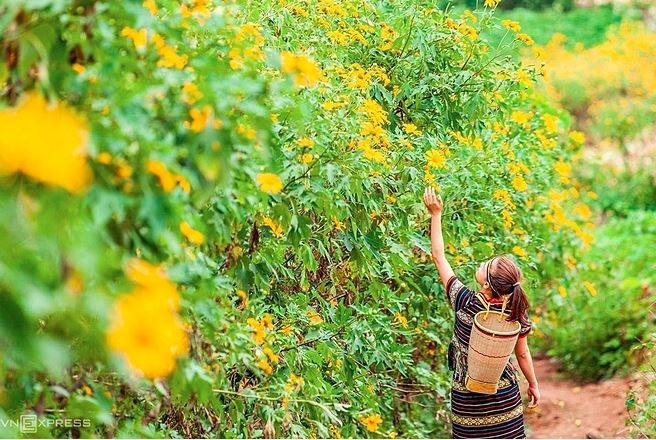 The stunning yellow carpet of wild sunflowers in the Central Highlands

If you come to the Central Highlands from October to November, you will be immersed in the yellow carpet of wild sunflowers. Wild sunflowers bloom everywhere, covering the roadsides, along slopes and mountain passes.
September 09, 2020 | 06:58 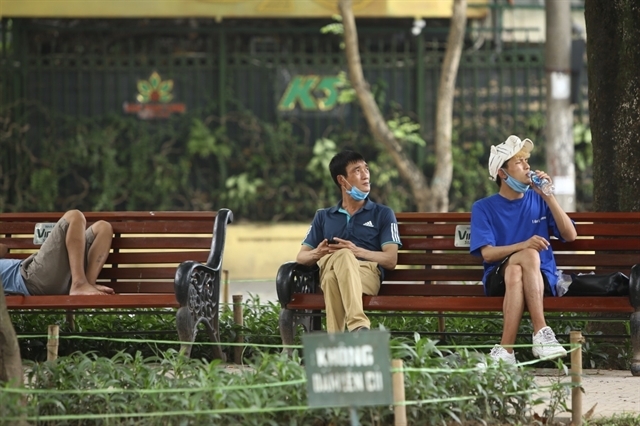 Proposal to extend 'social distancing' in Hanoi for another week

Due to potential risks of Covid-19 contagion in Hanoi, The National Steering Committee for COVID-19 Prevention and Control has suggested that the government’s Directive 16 on social distancing should be continued for another week in Hanoi, until the end of this month.
April 22, 2020 | 15:09