Nguyen Xuan Phuc was sworn in as the new State President of Vietnam on July 26 morning, immediately after lawmakers cast secret ballots to elect him to the new position for the 2021-2026 term during the ongoing first session of the 15th legislature.
Tarah Nguyen
thuyhang.vietnamtimes@gmail.com July 26, 2021 | 15:03

While taking the oath of office, State President Nguyen Xuan Phuc pledged his absolute loyalty to the Fatherland, the people and the Constitution, saying he will do his utmost to fulfill the tasks assigned by the Party, State and people.

Earlier the 14th National Assembly (NA) elected Nguyen Xuan Phuc, Politburo member of the 13th tenure and a deputy of the 14th legislature, as State President for the 2021-2026 term.

The president is the head of state and commander-in-chief of the armed forces.

In April Phuc had received more than 97 percent of the votes to become the 11th president of Vietnam after his predecessor and Party chief Nguyen Phu Trong stepped down.

President Phuc cited the oath at the swearing-in ceremony that was broadcast live on national television channels.

He said: “Under the nation’s sacred red flag and yellow star, in front of the National Assembly and people across the country, I, State President of Socialist Republic of Vietnam, swear to be absolutely faithful to the country, to the people, to the Constitution, and strive to fulfil the mission assigned by the Party, State and people.”

On behalf of the National Assembly, Chairman Vuong Dinh Hue acknowledged the oath and offered his congratulations and presented flowers to the new President.

In the speech addressed to the nation, the new President affirmed his commitment to work with parliament and the Government to realise the vision of comprehensive development, in which no one is left behind, especially in remote and economic challenged areas.

The President said he would listen to the opinions and aspirations of all classes of people, including intellectuals at home and abroad, and pledged to continue to reform the judiciary sector, build a Socialist rule of law state, strengthen national defence and security capacity, pay attention to the building of a modern and professional People’s Army and People’s Public Security forces that maintains peaceful life for the people and stand ready to resolutely defend the peace, independence, sovereignty and territorial integrity of the Fatherland.

Regarding the ongoing serious fourth wave of COVID-19 infections marked by the highly contagious Delta variant, he believes in the strength of the nation and the people’s unity and has confidence in the Government and the commitment of “all of us” to help defeat the outbreak.

On Sunday afternoon, the Standing Committee of the National Assembly submitted the nomination for the new President in the new term, in which Nguyen Xuan Phuc, member of the 13th-tenure Politburo and State President of Vietnam during 2016-21 tenure (officially holding office since 2021 April) and deputy of 15th-tenure National Assembly, was the sole entry. 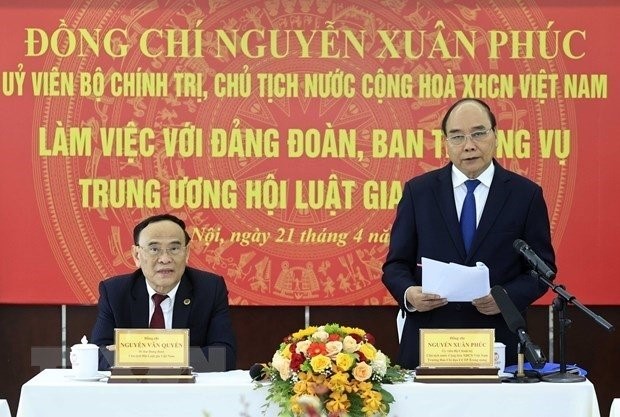 President Nguyen Xuan Phuc on April 21 stressed that the Vietnam Lawyers Association (VLA) should play a more active role in policy and lawmaking, scientific research in the legal sector, and especially the building and perfection of a rule-of-law socialist state.
April 22, 2022 | 11:58 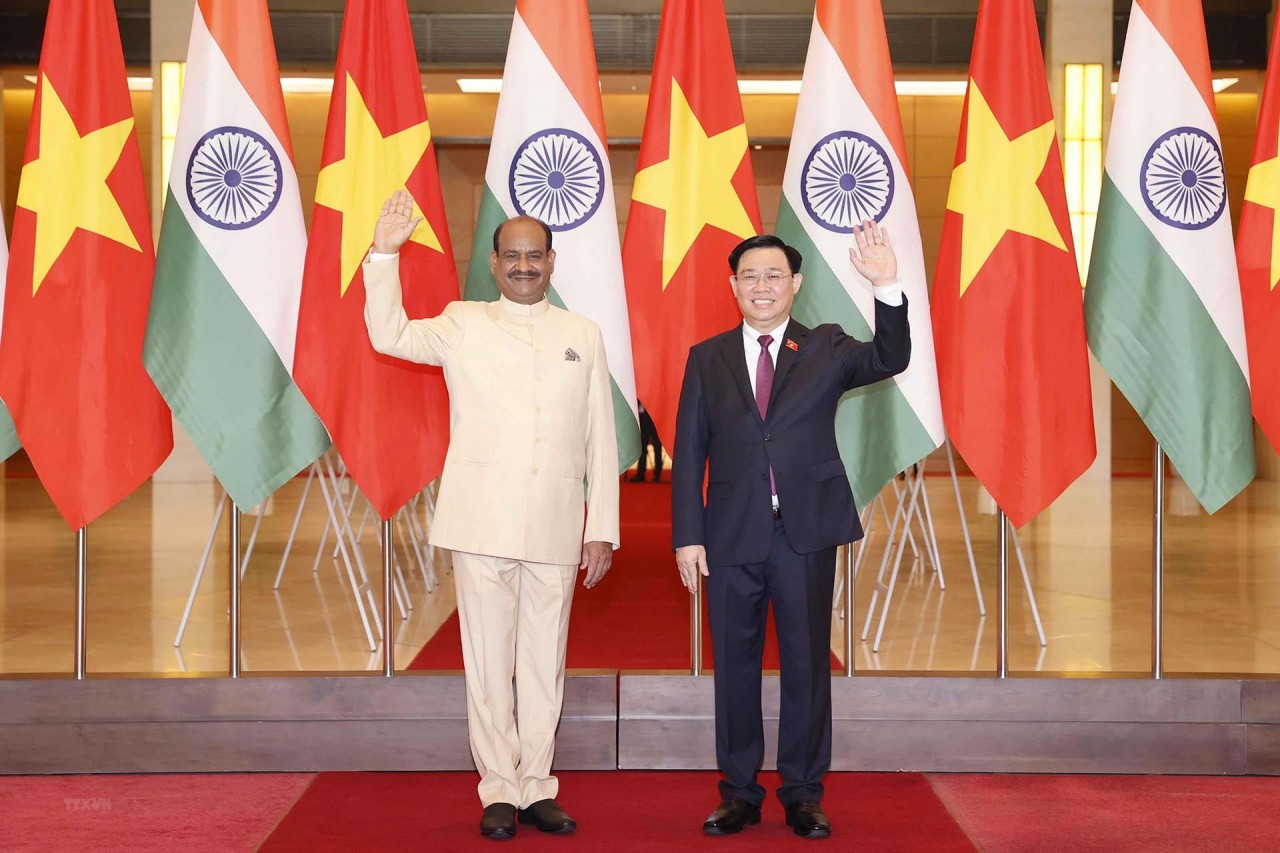 Despite the adverse impacts from Covid-19, Vietnam and India have maintained and reinforced important cooperation mechanisms, while working together to implement the Action Plan for the 2021-2023 period to make bilateral ties more practical and effective.
April 20, 2022 | 09:44