Vo Thi Anh Xuan, member of the Party Central Committee, Secretary of the Party Committee of An Giang province, and head of the National Assembly (NA) deputies’ delegation of the province, has been elected Vice President of Vietnam for the 2016 – 2021 tenure.

Legislators on April 6 afternoon cast secret ballots to elect the new Vice President, part of the ongoing 11th session of the 14th NA. After that, a resolution on his election was adopted with the support of 447 out of the 449 deputies present at the sitting, equivalent to 93.13% of the total number of parliamentarians. The resolution took effect immediately upon approval.

Vo Thi Anh Xuan, born in 1970 in the Mekong Delta province of An Giang, was confirmed as vice-state president following the vote in Hanoi. Vo Thi Anh Xuan was an alternate member of the Party Central Committee for the 11th tenure. She is a member of the Party Central Committee in the 12th and 13th tenures and a deputy of the 14th NA, according to VNA.

She has a university degree in chemistry teaching. She was a high school chemistry teacher before starting her career in politics. She used to be the deputy chair of the An Giang People’s Committee.

Vietnam's new legislature chairman, Vuong Dinh Hue, who was then secretary of the Hanoi Party Committee, was sworn into office on March 31. Minister of Finance Dinh Tien Dung was appointed as Hue's replacement the same day. 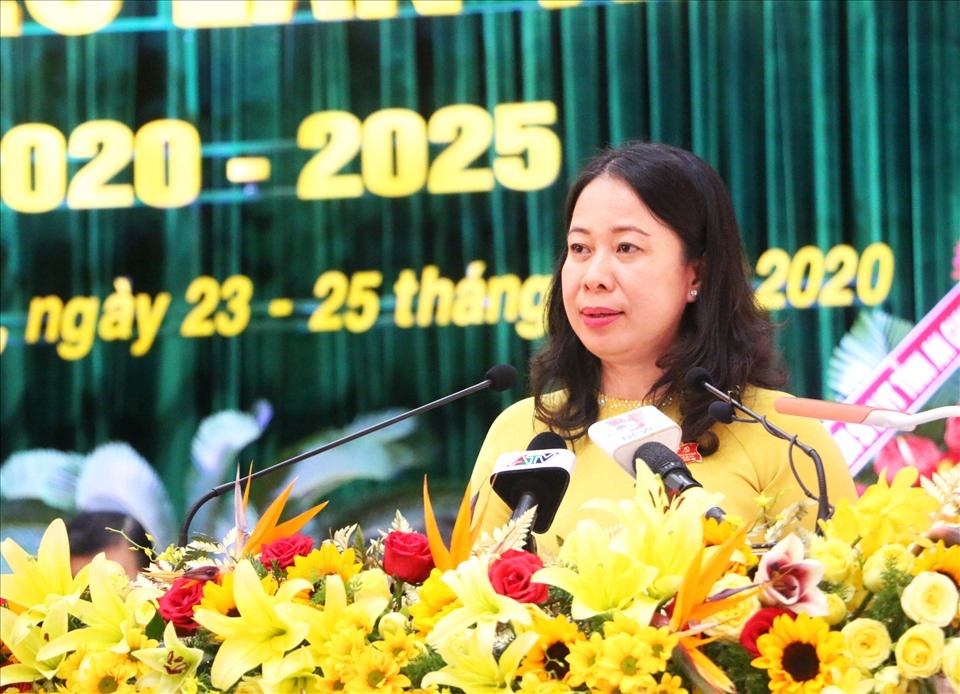 Vo Thi Anh Xuan was elected Vice President of Vietnam for the 2016 – 2021 tenure on April 6. Before the election, Xuan was a loving, caring Secretary of the Party Committee of An Giang province who dedicated herself to union activities and the working class.
April 08, 2021 | 17:41