Mr. Pham Minh Chinh, Politburo member, head of the Party Central Committee's Organisation Commission and deputy to the 14th legislature, was elected as Vietnam's Prime Minister at the 11th session of the 14th National Assembly this afternoon.

Mr. Chinh, who is currently head of the Communist Party of Vietnam’s Organisation Commission, received support of 462 out of 466 lawmakers present at the ongoing session of the National Assembly.

“Under the sacred golden star red flag of the Fatherland, in front of the National Assembly and fellow voters nationwide, I, the Prime Minister of the Socialist Republic of Vietnam, will be loyal to the Fatherland, people, and the Constitution, and will work hard to fulfill tasks assigned by the Party, State, and people,” the new PM stated during his oath.

Mr. Chinh was born in 1958 hailing from Thanh Hoa province. He had held key posts such as Secretary of the Quang Ninh provincial Party Committee and Deputy Minister of Public Security before being elected Prime Minister of Vietnam.

The 14th National Assembly is holding its last session in Hanoi to complete personnel work in the State apparatus before voters will go to the polls next month to elect a new legislature for the 2021-2026 tenure. 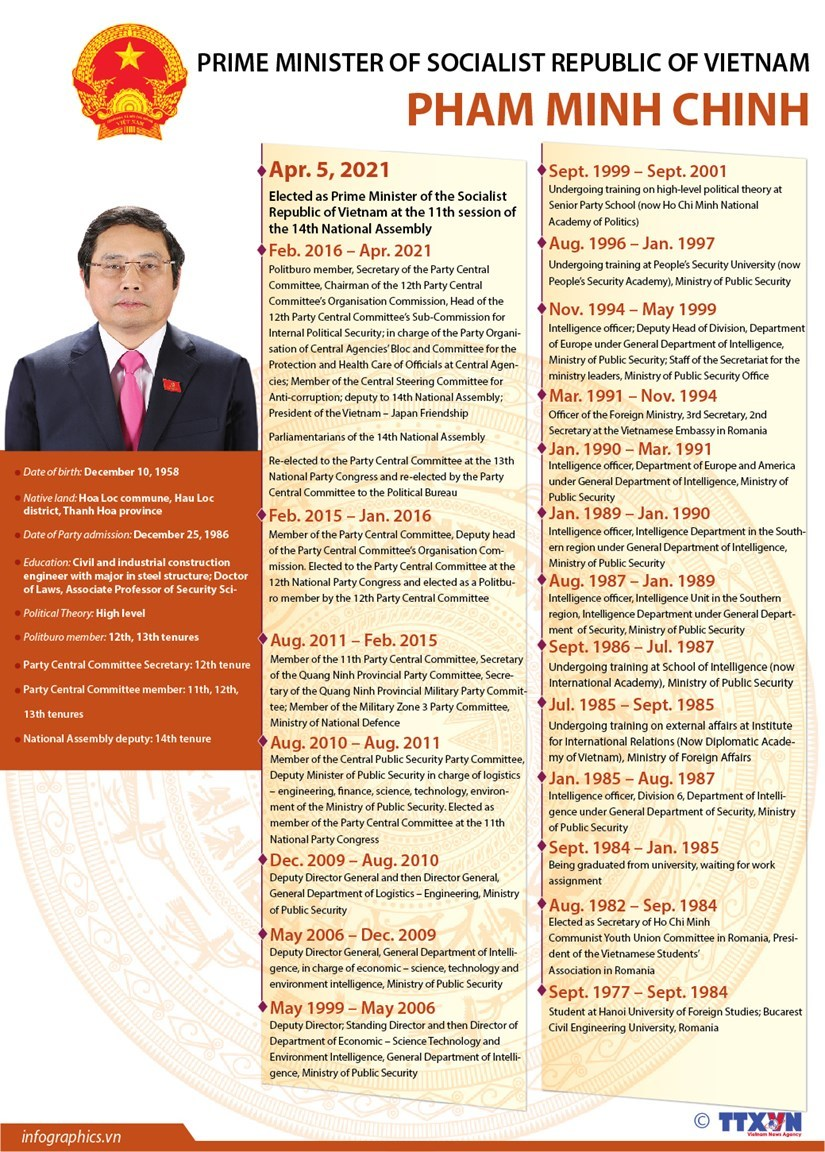 A Look into Sputnik V Processing Line in Vietnam

What is 'Dry Drowning' and Why is it Dangerous?

How to Prevent Death by Drowning