Vietnam's Prime Minister Nguyen Xuan Phuc has requested that relevant agencies take a range of urgent and drastic measures aimed at ensuring the supply of novel coronavirus (COVID-19) vaccines for citizens during the first quarter of the year.
Tarah Nguyen
[email protected] February 02, 2021 | 14:45

In a speech given at a regular cabinet meeting held on February 2 in Hanoi, PM Phuc hailed the success of the 13th National Party Congress, adding that the Government has made several contributions to the completion of the documents submitted to the Congress. This includes a Political Report, a 10-year socio-economic development strategy, in addition to orientations and tasks for a five-year socio-economic development plan.

Prime Minister Nguyen Xuan Phuc has instructed the Ministry of Health to buy Covid-19 vaccines in the first quarter amid the resurgence of the pandemic.

The new Covid-19 wave began on Thursday after a gap of 55 days, and has spread to at least five localities, including Hanoi, with 180 people confirmed infected as of Saturday morning.

The health ministry Saturday said it has approved Covid-19 vaccine from AstraZeneca PLC for domestic inoculation.

Minister Nguyen Thanh Long said the vaccine has been approved under emergent circumstances to help fight Covid-19. AstraZeneca has pledged to provide Vietnam with around 30 million doses this year, with the first coming in the first quarter, according to the vnexpress.

The Government chief therefore called for continued contributions from both elected and non-elected Party members to aid in the cause of national development, with the Party and the people striving to carry out all assigned tasks.

With regard to the COVID-19 pandemic, PM Phuc stated that since January 27, there have been more than 270 locally-transmitted cases across 10 provinces and cities nationwide. Amid the complicated developments of the pandemic, the Government, the National Steering Committee for COVID-19 Prevention and Control, especially the Ministry of Health, and localities, have actively become involved in the fight against the pandemic. These preventative measures are being carried in a timely manner, such as shutting down emerging hotspots, enhancing contact tracing and testing on a large scale, and temporarily suspending non-essential activities.

In relation to the country’s socio-economic situation during January, the cabinet leader gave positive news, with strong growth recorded in industrial production, with the processing and manufacturing industry seeing a 22% increase, coupled with macro-economic stability amid global fluctuations. Indeed, the reviewed period also witnessed imports and exports grow by over 45%, a record growth in terms of trade surplus. Elsewhere, the disbursement of public investment capital and the number of newly established enterprises also recorded strong results.

Amid the latest COVID-19 outbreak, PM Phuc asked for appropriate measures to be taken to keep up with socio-economic tasks, while also underlining the need to take advantage of opportunities. This includes creating an investment environment that can attract additional capital flows whilst expanding the investment scale of foreign technology groups based in the country, including Intel and Samsung.

The PM suggested adopting more incentive policies in an effort to further facilitate domestic and foreign investment, while also ensuring stable macroeconomic management as a means of creating stronger public confidence in both the economy and health care, reported VOV.

He emphasized the promotion of three goals for the national economy, with a specific focus on the domestic economy of roughly 100 million people, the international economy with free trade agreements (FTAs), and the digital economy.

Vietnam has also been speeding up domestic production of vaccines.

Trials for Nanocovax, the first to be tested on humans, began on December 17. The vaccine has been deemed safe, but its efficacy in preventing Covid-19 has yet to be assessed.

Covivac, produced by the ministry’s Institute of Vaccines and Medical Biologicals, has been approved to be tested on humans and the trials are scheduled after the Lunar New Year in mid-February.

The latest outbreak comes just a couple of weeks before Vietnam's biggest and most important festival, an occasion for family reunions that will see millions travel home, said vnexpress.

Deputy Prime Minister Vu Duc Dam, head of the National Steering Committee on Covid-19 Fight and Prevention, said at a meeting on Thursday the government has set a target of "zoning and stamping out the new Covid-19 outbreaks in the next eight days." 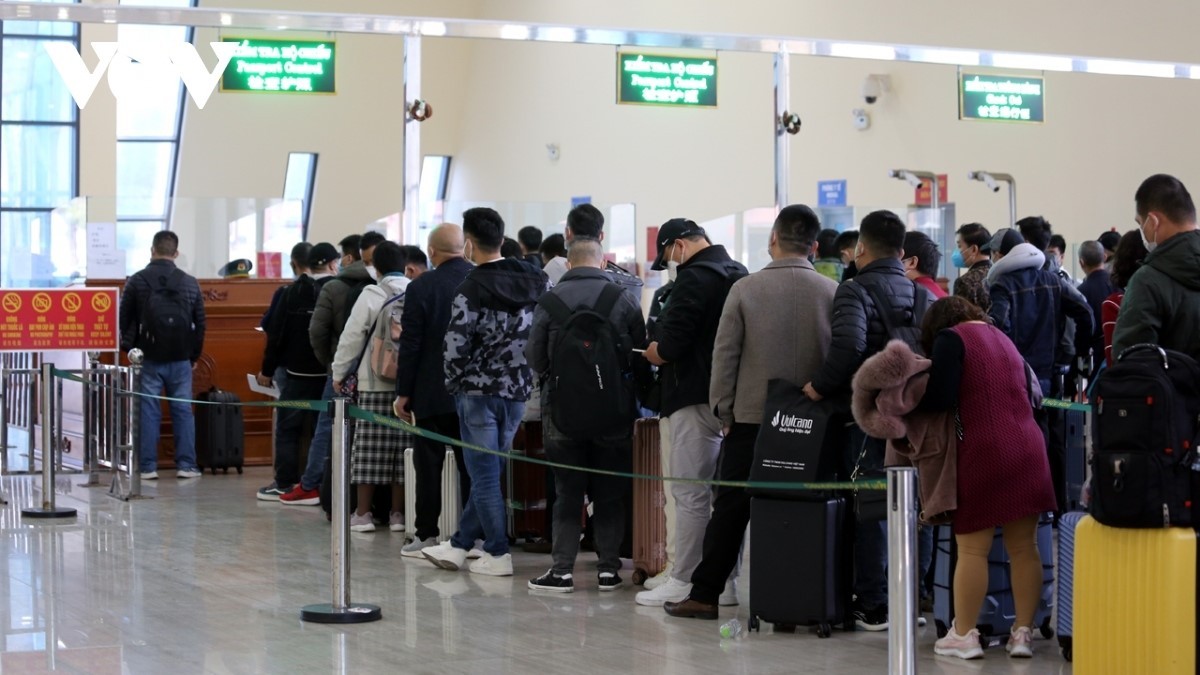