Thai Beverage Public Co. Ltd. (ThaiBev) has rejected rumors that it was seeking a buyer for Sabeco, the largest brewage company in Vietnam.

“THBEV wishes to clarify that these claims are entirely without merit and that the Company has no intention of selling its businesses in Vietnam in any way,” the Thai beverage giant said in a filing to the Singapore Stock Exchange on May 29.

On the contrary, the company said it remains fully committed to realizing the full potential of its core businesses in Vietnam, in particular Sabeco, and “aims to solidify its position as the largest beverage company in Southeast Asia and a leader in beer.”

This is not the first time ThaiBev, which fully owns Vietnam Beverage Co. – the largest shareholder of Sabeo with a 53.6% stake, has denied such rumors.

At end-2019, Financial Times reported that ThaiBev planned to split its beer business to go IPO in Singapore for expected proceeds of US$2.5 billion. In a filing after that, ThaiBev said Vietnam “continues to be one of ThaiBev’s core markets and is integral to its goal of becoming a stable and sustainable leader in Southeast Asia’s beverage industry.”

ThaiBev repeated the same wording in its May 29 announcement. “The Company is confident that its businesses in Vietnam will continue to support its dedication to its vision of growth and persity, and it remains steadfast in its commitment to making Sabeco the pride of Vietnam.”

Vietnam is the largest beer market in Southeast Asia and the third in Asia after Japan and China. 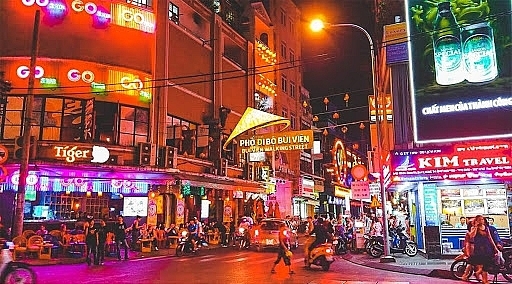 The UK- based leading travel magazine Culture Trip has recently outlied 11 reasons that make the "terrific nightlife and dizzying energy" Ho Chi Minh City an unmissable destination for travelers.
May 23, 2020 | 01:00