The Vietnam – Russia comprehensive strategic partnership has been effective with the two sides supporting each other at UN forums, said Vasilyi Gladyshin, president of the inter-regional organization of Russia veteran association in St. Petersburg. 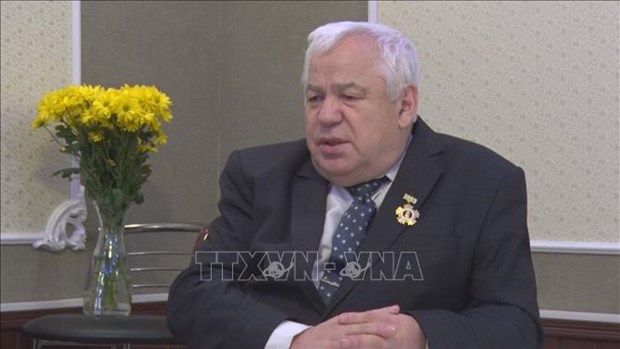 Vasilyi Gladyshin, as one of the three Russian veterans who used to serve in Vietnam during the war, was speaking to a Vietnam News Agency correspondent in Russia’s second biggest city ahead of the 70th anniversary of the two countries’ diplomatic ties (January 30, 1950 – 2020).

He urged Vietnam and Russia to strengthen joint efforts to position themselves in the globalization, adding the enhancement of bilateral economic cooperation will help foster people-to-people and government-to-government relations.

Meanwhile, Colonel Aleksey Skrebliukov, president of the association of Vietnam war veterans in St. Petersburg, said he had witnessed Vietnam’s difficult time during the war between 1965 and 1966 and at the same time, he saw Vietnamese’s patriotism when facing their enemies.

He said he is happy to see Vietnam’s impressive changes today. What Vietnam has achieved over the past five decades is a huge step forward that he could hardly imagine until he had a chance to visit the country and see new buildings and roads and happy people here in 2003.

Friendly exchanges between the two nations have been stepped up, said Colonel Skrebliukov, adding the most notable events were the visits of Prime Minister Nguyen Xuan Phuc and a Vietnamese youth delegation to St. Petersburg in 2019.

He expressed his hope that the close friendship and cooperation between the two nations will last forever./.