According to the US Agency for International Development (USAID), the decision is expected to “build the capacity of a Vietnamese construction contractor to lead implementation of state-of-the-art environmental remediation work, furthering the country on its journey to self-reliance.”
Hannah Nguyen
ngminhphuong26@gmail.com March 15, 2021 | 15:26

According to VNA, the USAID has for the first time awarded a prime construction contract to a local Vietnamese contractor for its Dioxin Remediation at Bien Hoa Airbase Area project.

Though Vietnamese companies have been involved in USAID dioxin remediation work in both the Da Nang Airport remediation and Bien Hoa Airbase remediation projects, until now they have been subcontractors of US firms.

Through this contract, several on and off-base areas with high levels of dioxin contamination will be environmentally remediated, including areas of high traffic posing greater exposure risks. The contractor will also construct a long-term storage facility for excavated soil, as well as an access road and fencing.

After more than one year of cooperation between Vietnam and the US, the USD3 90-million dioxin remediation project at Bien Hoa airbase, the largest remaining hotspot of dioxin contamination in Vietnam, has produced fruitful results. The ten-year project was launched by USAID and ADAFC in December 2019.

Over the past year, 1,134 cubic meters of dioxin contaminated sediment have been removed from a lake in a Bien Hoa City public park. In the coming weeks, after restoration of grass and trees in the park, USAID and ADAFC will hand back the land to Bien Hoa City.

USAID and ADAFC also signed an additional land handover agreement which will focus on the removal of contaminated sediment over the next two years on the airbase.

The US Government, through USAID and Government of Vietnam partners, including the National Action Center for Chemical and Environmental Treatment (NACCET), also launched a project to provide support for persons with disabilities in eight priority provinces./. 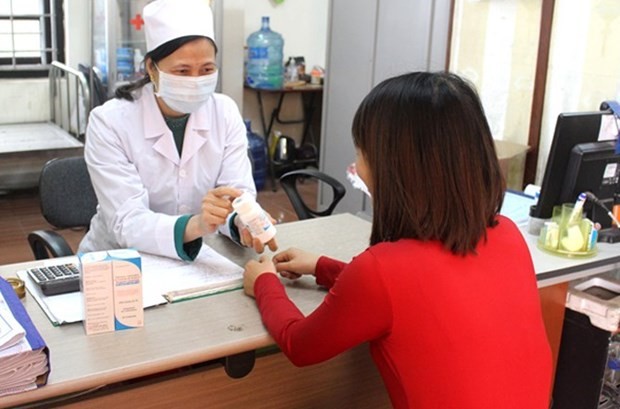 USAID, PATH Work Together to End AIDS in Vietnam

USAID and global health nonprofit organization PATH partnered to boost understanding, awareness, and demand for HIV services and products among those most at risk in order to empower young people to prevent and manage HIV.
June 15, 2022 | 12:20