Armenian Ambassador to Vietnam Vahram Kazhoyan, prior to his mission to Vietnam, searched in Armenian archives and found these valuable and rare pictures of President Ho Chi Minh while visiting Armenia.
Tarah Nguyen
thuyhang.vietnamtimes@gmail.com December 08, 2020 | 08:40

Armenian Ambassador to Vietnam Vahram Kazhoyan said President Ho Chi Minh visited Armenia in July 1959 when the country was a republic country member in the Union of Soviet Socialist Republics (hereinafter referred to as the Soviet Union).

Ambassador Kazhoyan said this historic visit laid the foundation for thefriendship between Armenia and Vietnam in the future.

These photographs found valuable and rare because of their unavailable publication before. There is very little information about President Ho Chi Minh's visit to Armenia.

Below are 6 photos that Ambassador Kazhoyan (starting his term in Vietnam in 2019) has copied and presented to Vietnamese readers on VOV:

Although many cooperation plans between Armenia and Vietnam have been postponed due to the impact of the epidemic, the Ambassador firmly believes that cooperation activities will soon be implemented in the near future, especially the development of a tourist route connecting Vietnam with Armenia to help two countries' peoples gain mutual understanding about the culture, country and the people. 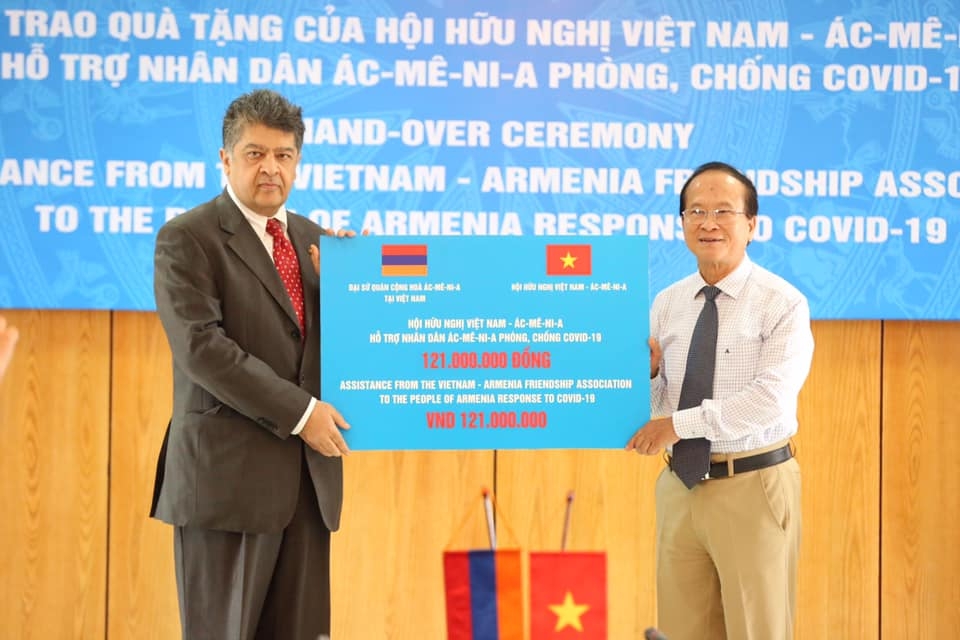 Aware of mutual-help necessity to tackle the fast-spreading coronavirus pandemic, the Vietnam-Armenia Friendship Association under the Vietnam Union of Friendship Organisations (VUFO) have raised funds and presented the donations to Armenian Ambassador to Vietnam Vahram Kazhoyan on June 17.
June 18, 2020 | 06:36