Vietnam urges all parties to cooperate and dialogue to address differences regarding FSO Safer, the long-abandoned oil tanker moored off the coast of Yemen, and advocates non-proliferation of mass destruction weapons.

During a UN Security Council meeting on June 3, Nguyen Phuong Tra, Deputy Permanent Representative of Vietnam to the UN urges all parties to cooperate and dialogue to address differences regarding FSO Safer, the long-abandoned oil tanker moored off the coast of Yemen, according to VOV.

The meeting was attended by Inger Andersen, Under-Secretary-General and Executive Director of the UN Environment Programme (UNEP), and Reena Ghelani, Director for Operations and Advocacy at the UN Office for the Coordination of Humanitarian Affairs.

Having served as floating storage and offloading (FSO) facility for oil, the ship has been abandoned near the Yemeni city of Houdaydah, which is under the control of Ansar Hallah militias, since 2015 and has not received maintenance for at least six years. The aging vessel is believed to be holding approximately 1.1 million barrels of crude oil.

In their briefing, the two UN officials warned about the likelihood of a devastating environmental disaster in the Red Sea and surrounding areas as well as a humanitarian crisis for tens of millions of people in the African country if an oil spill or explosion occurs. In addition to economic loss, the incident may cause the ports in Houdaydah and Taiz to close, triggering price escalation which in turn can severely affect the locals’ livelihood, they said.

They also reported on the recent negotiation efforts, calling on Ansar Allah to soon allow the UN technical expert group to access FSO Safer and make emergency assessments and repairs.

Tra, for her part, also voiced concern over the issue, saying the UN expert group must have access to the ship without delay and with no time restrictions. She also stressed the need to secure financial support for the group to perform its mission and called on all parties to stop hostile military activities and accept the UN proposal for a ceasefire in Yemen. They must work together to seek a sustainable solution to end conflicts in Yemen, she said.

Also at a meeting held on June 3 by UNSC, Ambassador Pham Hai Anh, deputy head of Vietnam’s Mission to the UN, shared the UNSC’s concerns regarding reports on the alleged use of chemical weapons in the Middle Eastern country.

The event heard updates on the issue by the Director-General of the Organisation for the Prohibition of Chemical Weapons (OPCW) Fernando Arias and UN High Representative for Disarmament Affairs Izumi Nakamitsu.

Participants focused their discussions on the investigation into the alleged use of chemical weapons in Syria; as well as technical cooperation between the OPCW Secretariat and Syria in resolving differences related to Syria's initial declaration in accordance with the Chemical Weapons Convention (CWC), according to Vietnam News.

Ambassador Pham Hai Anh shared the UNSC’s common concerns regarding reports on the alleged use of chemical weapons in Syria. He emphasized the need to maintain close and continuous cooperation between the OPCW Secretariat and Syria in promoting the implementation of the CWC and resolving any disagreements and backlog issues. The ambassador also called on the international community to strengthen cooperation and constructive dialogue to assist in finding a lasting solution to the Syria issue. 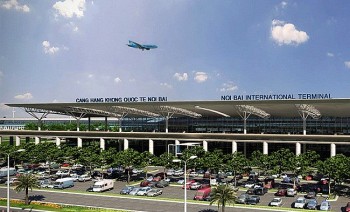