The Vietnamese Ministry of Foreign Affairs just voiced strong opposition to China’s military exercises around Vietnam’s Hoang Sa (Paracel) Islands, and requested that the northern neighbouring country halt similar actions in the future during a regular press briefing in Hanoi.

Vietnam has communicated, handed over a note of opposition, and requested that the northern neighbour does not undertake similar actions in the future, Hang said.

According to Asian Nikkei, China has being conducting military exercises in the northern part of the Paracel Islands that it has illegally occupied with live-fire drills beginning on July 1 and due to last until July 5.

China's Maritime Safety Administration announced the plan on June 28, which stated that all vessels are prohibited from sailing in the area during that period.

China has carried out military training near the Paracels nearly every year in a bid to strengthen control of the area and make it irreversible, Asian Nikkei added.

Also at the press briefing, the spokesperson objected to China moving its Haiyang Dizhi 4 exploration ship into Vietnam’s Exclusive Economic Zone (EZZ), affirming that any exploration, survey, and scientific research activities in Vietnamese waters defined under the 1982 United Nations Convention on the Law of the Sea (UNCLOS) are subject to local consent in accordance with the Convention.

Respect for national sovereignty, sovereign rights, jurisdiction, and UNCLOS provisions are of paramount importance to maintaining peace, stability, security, and co-operation in the East Sea, the region and the world, she said.

During the 36th ASEAN Summit in Hanoi on June 26 regional leaders expressed concern over recent East Sea developments and called on all parties to build trust.

Answering reporters' query about the pandemic’s impacts on Vietnam’s agenda on the negotiations on the East Sea issues, Prime Minister Nguyen Xuan Phuc on June 26 affirmed that peace, security and stability in the region and the East Sea in particular are the common interest and aspiration of the community, especially the ASEAN.

The summit has reaffirmed the ASEAN’s determination to build the East Sea into a sea of cooperation, development, security and safety, he stressed.

As COVID-19 has disrupted discussions on the building of a COC between the ASEAN and China, which have been ongoing since 2002 for developing legally binding rules, he said.

ASEAN and China have reaffirmed their commitments to fully and seriously implementing the Declaration on the Conduct of Parties in the East Sea (DOC) and soon resuming negotiations on COC.

They also agreed to promote dialogue, cooperation and trust building in order to ensure peace and stability in the region, including contentious issues in the East Sea.

The agreement was reached during the 26th ASEAN-China Senior Officials' Consultation (ACSOC) held in the form of video conference on July 1, reported VNA.

Attending the event in the capacity of ASEAN Chair, Vietnamese Deputy Minister of Foreign Affairs Nguyen Quoc Dung noted ASEAN will continue working closely with China to fully and effectively implement DOC and build COC in line with international laws, including the 1982 UNCLOS.

In recently months, there have also been multiple aggressive moves by China which raised the international community’s concern.

Even though, speaking in advance of the China-ASEAN Senior Officials' Consultation, Chinese Foreign Ministry spokesperson Zhao Lijian stressed the importance of cooperation among countries in the region.

"China looks forward to in-depth exchange with other participants during this consultation to discuss how to coordinate anti-virus cooperation and socio-economic development as prevention and control efforts remain part of our daily routine. We also hope to work for new progress in China-ASEAN cooperation and contribute more to stability and development in the region," he said on the regular press conference on June 29.

He said: "China’s navy is expanding the size of the Royal Navy every year, in the last 10 years, the growth of their military capabilities has been absolutely phenomenal – to the point now that the United States would struggle to win a straight-on conflict.

“That’s what China wants, it wants to get so large that people think twice about attacking, therefore it can just take over the islands in the South China Sea, nobody can contest that.” 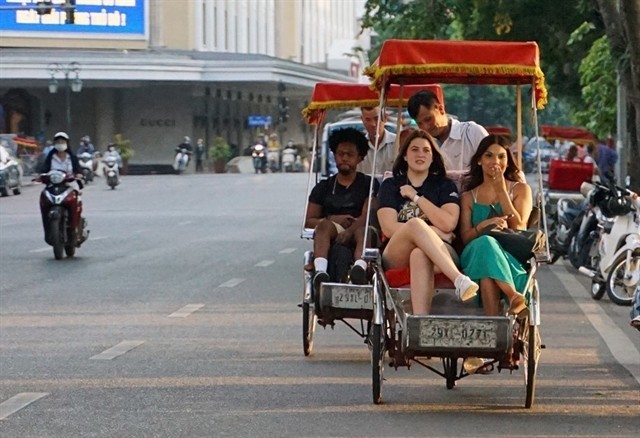