The People’s Public Security Forces is entitled to the mission of collecting information, analyzing and evaluating the situation and predicting its developments, and recommending the Party and the State to issue appropriate policies, laws and strategies on the protection of national security and maintenance of social order and safety, fighting against crime and law violation as well as directing the implementation of these documents.

Apart from that, the Forces shall manage activities of national security protection and State secrets protection; take the lead in managing the entry, exit, transit and residence of Vietnamese citizens; perform tasks of protecting national security; and ensure social order and safety in border areas in line with the Vietnamese laws.

The Forces can use weapons, explosives, support tools and other legal means to attack and chase criminals, to stop people from committing crimes and other offences of the laws, and to exercise the right of self-defense under the laws. Finally, the Forces shall implement international commitments and obligations; to expand international cooperation in prevention and fight against crimes and law violations, as well as for the building of the People's Public Security Forces; to implement criminal and justice assistance.

The Government has decided to post full-time police officers to commune-level police posts. The Minister of Public Security is authorized to establish police stations and independent units in certain areas. 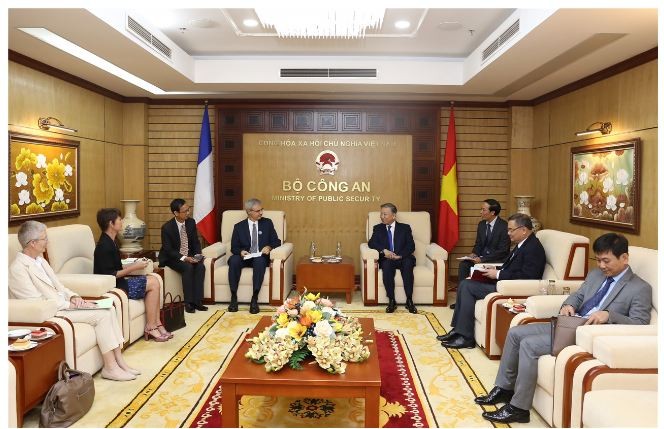