Vietnam and the Philippines hold regular exchanges on personnel, expertise, arts and sports at military bases in the Spratly (Truong Sa) archipelago, which can only be conducted by strategic, trusting and responsible partners.

While Vietnam claims sovereignty over the Paracels (Hoang Sa) and Spratlys (Truong Sa), the Philippines claims part of the Spratlys (Kalayaan islands in Filipino). Under international law, sovereignty over each feature leads to sovereign rights and jurisdiction over the surrounding waters.

From that perspective, Vietnam and the Philippines have sovereignty and sovereign rights disputes over a number of features in the Spratly Islands and surrounding waters. The ability to manage these disputes contribute to protecting both countries' sovereignty and security, and peace and stability in the region.

Despite disputes over claims, the relationship between Vietnam and the Philippines has been well maintained over the years, demonstrating the trust of the two friends, two strategic partners, and two responsible members of the ASEAN Community.

This result primarily stems from the two countries' respect for peace and stability in the South China Sea, upholding the role of international law, especially the 1982 United Nations Convention on the Law of the Sea (UNCLOS) in the settlement of disputes and disagreements at sea. This consistent approach is articulated in the joint statement between the two countries' heads of state during Philippine President Rodrigo Duterte's visit to Vietnam in September 2016.

Both Vietnam and the Philippines are skillful in dealing with differences and overlapping claims. Both are willing to fight to protect their interests but by peaceful means and in accordance with international law. The two countries have seriously exercised self-restraint in accordance with the Declaration on the Conduct of Parties in the South China Sea (DOC) signed between ASEAN and China in 2002. The DOC is not legally binding but reflects each signatory's reputation and responsibility to the international community.

Although Vietnam and the Philippines have not yet resolved the overlapping claims, since the signing of the DOC, they have always respected each side's differences, and refrain from carrying out activities that escalate tension.

The process of building trust at sea between Vietnam and the Philippines is constantly being fostered through many different mechanisms and levels. After signing a bilateral defense cooperation agreement in 2010, the two countries continued to sign an agreement to share information between the two navies and set up a hotline between the two coast guard forces in 2011.

The two countries always uphold the spirit of humanity and cooperate with each other to solve arising situations at sea, including the fisheries sector. In August 2019, Vietnamese fishermen saved 22 Filipino crew members after their fishing boat was rammed. Right after the event, the Philippine Government and Department of Foreign Affairs issued a statement saying that it "always and constantly thank" the noble deed.

Towards a practical future

Sovereignty disputes are among the top difficult issues to resolve in international relations. Multilateral maritime disputes on like the South China Sea are much more complicated, requiring time, effort, and persistent negotiation. The unilateral strength-based activities in the South China Sea and the acceleration of US-China strategic competition add to the complex and unpredictable future in the region.

While the prospects for the outcome of the Code of Conduct in the South China Sea (COC) negotiations between ASEAN countries and China are still unclear, the strategic and constructive partnership between Vietnam and the Philippines contributes to security, stability, and peace in the sea.

The basis for Vietnam-Philippines cooperation in the South China Sea in the coming time is the combination of legal provisions under UNCLOS and bilateral political commitments and under the COC. UNCLOS and the Arbitral Tribunal's Award in the Philippines' case against China in the South China Sea in 2016 have shed light on many issues that were once considered "gray areas" in the dispute in the Spratlys.

The key to cooperation in the coming time is to maintain interactions between the two countries' senior leaders, even when the Philippines has a new administration, to ensure political motivation for bilateral cooperation at sea. As the Covid-19 pandemic has limited high-level exchanges, the two countries can take opportunities to hold meetings on the sidelines of multilateral forums and online conversations.

The two countries need to continue to deepen cooperation mechanisms between navies. The mutual visits by warships since 2014 should be continued, given that both countries' naval capacity has significantly increased during the past time.

The two countries also need to develop more forms of bilateral cooperation in multilateral mechanisms on fisheries, ensure security and safety for fishermen at sea, and contribute to the protection of the marine environment.

Finally, the countries need to strengthen maritime exchange channels between relevant research institutions to discuss complex and sensitive between the two countries according to the provisions of international law or negotiate to build a code of conduct in the South China Sea among Southeast Asian claimants.

These activities contribute to clarifying each party's perception, building trust, and generating new ideas for the official reference channel. 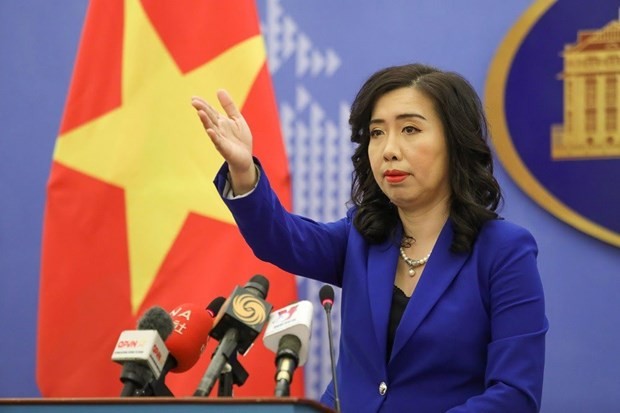