Over the past 40 years, Vietnam has affirmed itself as a responsible member of the 1982 United Nations Convention on the Law of the Sea (UNCLOS), and has always respected and observed international law.
Rosy Huong
[email protected] December 09, 2022 | 08:22

An international conference was held in Hanoi on December 8 to mark 40 years since the adoption of the 1982 UNCLOS, Nhan dan (People) newspaper reported.

The hybrid event, held by the Ministry of Foreign Affairs, was attended by 150 delegates from ministries, sectors, coastal localities, and representative bodies of ASEAN countries in Vietnam.

In his remarks, Deputy Foreign Minister Nguyen Minh Vu said having been ratified by 168 parties, UNCLOS has truly become a legal document of leading importance, only after the UN Charter, and a “constitution of the seas and oceans”.

The convention formed a comprehensive and full international legal framework that regulates the rights and obligations of all states, no matter whether it is coastal or landlocked, in the use of the seas and the management, exploitation, and conservation of marine resources, he noted.

UNCLOS is a comprehensive international legal cornerstone for identifying sea areas, sovereignty, sovereign right, and jurisdiction over sea areas, and for conducting activities at sea. It also stipulates compulsory dispute settlement mechanisms to peacefully resolve differences relevant to the interpretation and application of UNCLOS among countries, according to the official.

The conference held a panel session to highlight the special values of UNCLOS and another on Vietnam’s implementation of the convention.

In their remarks sent to the workshop, Tommy Koh, former President of the third UN Conference on the Law of the Sea, and Vladimir Jares, Director of the UN Division for Ocean Affairs and the Law of the Sea, stressed the importance of UNCLOS and Vietnam’s contributions to the UNCLOS drafting and implementation process.

Participants shared the view that over the past 40 years, UNCLOS has not only properly served as a constitution of the oceans but also contributed to the formation and protection of the international legal order of the seas and oceans, as well as to the maintenance of peace, security, stability, and international cooperation at sea.

They said that bordering the South China Sea (Bien Dong Sea) and being a member of UNCLOS, Vietnam has always been well aware of the role and importance of the seas to national peace, security, and development.

They also affirmed the importance of respecting and fully and responsibly implementing regulations in UNCLOS, protecting the legal order of the seas and oceans, and promoting cooperation amid complex developments in the South China Sea.

In an interview with the Vietnam News Agency, Prof. Carl Thayer, University of New South Wales, Australia, said Vietnam has an extensive coastline running 3,444 km (excluding offshore features). UNCLOS provides the legal basis for Vietnam to promulgate the coordinates for its territorial sea, contiguous zone, EEZ and continental shelf and to peacefully resolve disputes with its neighbors.

UNCLOS provides a comprehensive legal framework for ocean governance and includes customary international law as well as new legal concepts. UNCLOS is referred to as the “Constitution for the Oceans.” It replaces a patchwork of legal claims and practices by coastal states by clearly setting out the limits on the territorial sea, contiguous zone, Exclusive Economic Zone (EEZ) and continental shelf.

The Convention was adopted by the Third United Nations Conference on the Law of the Sea and opened for signature, together with the Final Act of the Conference, at Montego Bay, Jamaica, on 10 December 1982. The Conference was convened pursuant to resolution 3067 adopted by the General Assembly on 16 November 1973, according to the UN Treaty Collection. 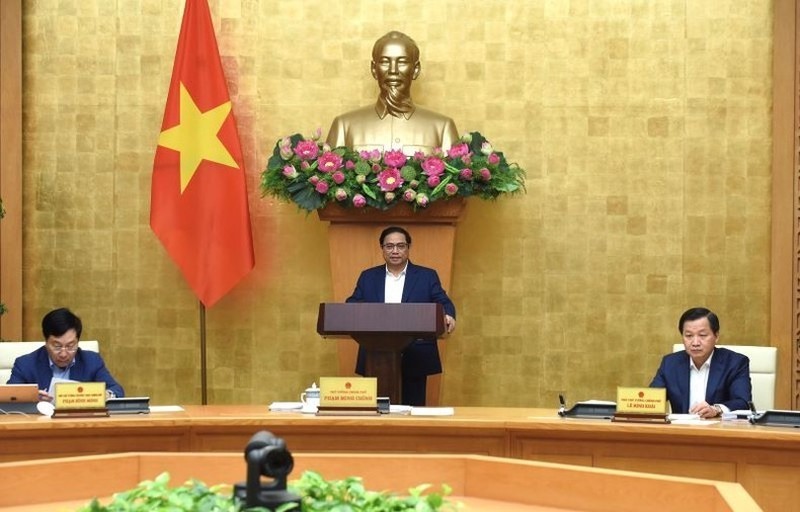