The 2018 America’s Classics award was given to five restaurants by the James Beard Foundation. The award is given to restaurants “that have timeless appeal and are cherished for quality food that reflects the character of their community.”

If you’re wondering just where you can go to sample some of America’s best local food with some international flair, here are the winners:

De Tran and Huong Tran immigrated to Louisiana from Vietnam and later opened one of the New Orleans East’s first Vietnamese bakeries in 1982. They quickly became known for their banh mi – which are sandwiches filled with ingredients like pâté, Chinese sausage, and barbecue chicken and topped with pickled vegetables and fresh herbs. The bakery also supplies cafes and shops with their delicious bread.

Sun Wah draws in people from around Chicago to try the three-course Beijing Duck Feast. In fact, the meal is so well-known that it’s not even on the menu. The restaurant was started by Eric and Lynda Cheng in 1986, and locals still know to head in and try the famous feast.

This restaurant offers up Italian favourites like arancini and calzones, but is famous for its square of Sicilian pizza. In fact, when the pizza runs out each day, the shop closes its doors. Umberto Deuterio founded Galleria Umberto in 1974 and it’s still an incredible deal, as a slice of the local favourite costs on USD 1.85.

The only thing on the menu at this local favourite is the handmade tamales of Felipe Hernandez and his family. He immigrated to Washington from Mexico in the 1950s opened the restaurant in 1990, using a recipe adapted from his sister’s tamales. Chicken and pork tamales are available year round, but from mid-April to June, you can sample a pepper jack and asparagus combination that uses the best of the local crop.

You won’t be served up any ordinary hotdog at El Guero Canelo. Instead, you’ll get a Sonoran hot dog, combing US and Mexican cuisines to create a bacon-wrapped frank, stuffed into bollilos, and topped with beans, onions, mustard, jalapeño sauce, and mayonnaise. The restaurant is run by Daniel Contreras, who opened the original stand back in 1993. While there are more branches to visit, travellers still head to the original to walk-up to the window and order the local delicacy./. 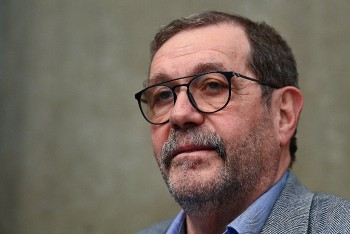