The Vietnamese Goods Week was launched on June 25 at all AEON supermarkets in Japan, attracting the attention of many Japanese customers.

Vietnamese goods displayed at this year’s event are more diverse in types than the last year, ranging from fresh fruits such as lychees and bananas, instant noodles, Pho to textile products, footwear, household appliances and handicrafts, according to Vietnamplus

However, an important highlight of the Vietnamese Goods Week is fresh Vietnamese lychees which are preferred by many Japanese customers.

To serve the event, AEON imported around 30 tons of lychees from Bac Giang and Hai Duong provinces to promote and introduce to Japanese consumers.

Vietnamese Ambassador to Japan Vu Hong Nam said “This year is the second year that Vietnamese lychees are sold in Japan. Last year, when lychees hit shelves at supermarkets in Japan for the first time, they were warmly welcomed. Therefore, this year, Japan has ramped up to import lychees from Vietnam.”

Vietnamese Trade Counselor in Japan Ta Duc Minh said that after two consecutive years of successfully penetrating the Japanese market, Vietnamese lychees have met strict regulations on food quarantine and safety set by Japan. Thus, the fruit has been consumed well in the market despite the complex Covid-19 development.

Apart from lychees, AEON has focused on promoting Vietnamese bananas. Soichi Okazaki, Executive Officer, ASEAN Business of AEON, said it was eyeing importing bananas from Vietnam, adding that Vietnamese bananas had a better taste than that of Ecuador, the Philippines, and Taiwan (China).

The Vietnamese Goods Week is an annual event organized by AEON Co., Ltd, in coordination with the Ministry of Industry and Trade and the Vietnamese Embassy in Japan. It aims to raise AEON’s sales of Vietnamese products in Japan to US$ 1 billion by 2025.

More than 100 enterprises from 21 Vietnamese provinces and cities have so far introduced their products to Japanese consumers at the event.

During a reception for Vietnamese Ambassador to Japan Vu Hong Nam ahead of the opening ceremony of the Vietnamese Goods Week at AEON Lake Town in Saitama prefecture, Okazaki said that AEON had made efforts to promote Vietnamese products not only in Vietnam but also in Japan and other Southeast Asian countries.

Ambassador Nam added that other Vietnamese fruits like longans are also expected to be shipped to Japan. 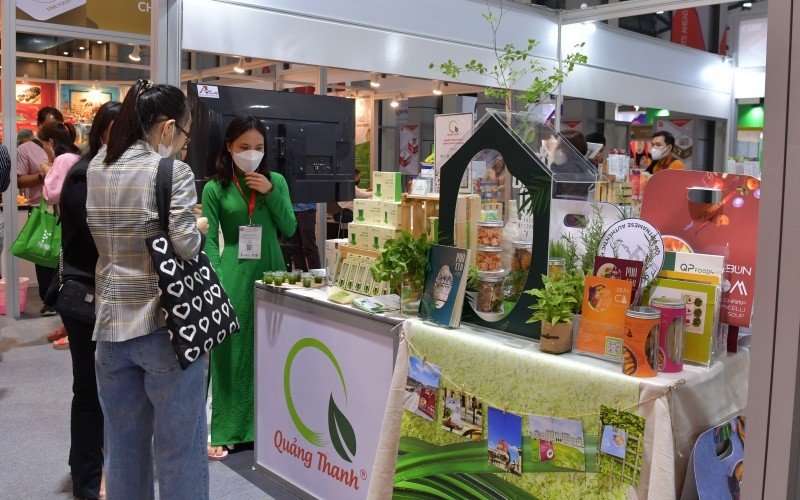