On Tuesday, the long-awaited World Health Organization investigation released has been drawn critism from governments around the world, accusing China of "withholding access to complete, original data and samples”.
Chau Polly
April 01, 2021 | 15:53

The statement, also signed by 12 other countries including Australia and Canada, came hard on the heels of an admission on Tuesday by the head of the WHO, Tedros Adhanom Ghebreyesus, that the investigation was “not extensive enough” and experts had struggled to access raw information during their four-week visit to Wuhan in January, according to The Guardian.

Tedros also said there should be continued examination of the theory that the virus had escaped from a Wuhan institute of virology laboratory, even though the report deemed it “extremely unlikely” as a source of the pandemic – a theory promoted by some in the Trump administration.

The WHO investigation, conducted more than a year after the initial outbreak, came under intense scrutiny from the outset. Some scientists and the US government have questioned the independence and credibility of the study, raising concerns over Chinese government influence. Beijing, meanwhile, has accused Washington and others of "politicizing" the origin of the virus.

After repeated delays, the WHO report, compiled by a team of international experts and their Chinese counterparts, was finally released on Tuesday. It provides a detailed examination of the data collected by Chinese scientists and authorities from the early days of the pandemic, but offers little new insight or concrete findings on where and how the virus spread to humans.

China has vehemently rejected any criticism or blame related to its handling of the pandemic.

The Chinese Foreign Ministry said in a statement Tuesday that China has always been "a supporter for global scientific research on the source of the virus and its transmission routes."

"The Chinese side offered necessary facilitation for the team's work, fully demonstrating its openness, transparency and responsible attitude," the statement said, adding the study of origins should also be conducted in other countries, CNN reported.

Tuesday's joint statement, signed by the US and its allies, recognized the WHO experts' "tireless work" to understand how the pandemic started, but also raised questions over the timing and independence of the report.

"It is equally essential that we voice our shared concerns that the international expert study on the source of the SARS-CoV-2 virus was significantly delayed and lacked access to complete, original data and samples."

The public rebuke from the US and others further highlights the difficulty of conducting transparent and independent scientific research into the origins of the virus, which has infected more than 128 million people and killed over 2.8 million worldwide, according to Johns Hopkins University data.

The statement by the 14 countries, which criticised delays in the investigation, called for timely access for independent experts early in future pandemics, and once again underlined the highly contentious politics around the investigation during which WHO experts gained access to China after months of fraught negotiations.

Weighing in separately, the White House urged the WHO to take additional steps to determine the origins of Covid-19. “There’s a second stage in this process that we believe should be led by international and independent experts,” the White House press secretary, Jen Psaki, told reporters.

“They should have unfettered access to data. They should be able to ask questions of people who are on the ground at this point in time, and that’s a step the WHO could take,” she added.

Speaking in the briefing Tuesday, WHO chief Tedros conceded the international experts faced problems with data access in Wuhan.

"In my discussions with the team, they expressed the difficulties they encountered in accessing raw data. I expect future collaborative studies to include more timely and comprehensive data sharing," said Tedros, who had previously faced criticism that his agency was too close to China.

Dominic Dwyer, an Australian infectious diseases expert and member of the WHO team, told Reuters last month the team had requested raw patient data on the 174 early cases in Wuhan in December 2019, but was refused and provided only with a summary instead.

In its own statement, the EU said the report was a "helpful first step," but it regretted "the late start of the study, the delayed deployment of the experts and the limited availability of early samples and related data."

"Only through a thorough review of the origins of the virus and its transmission into the human population, will we be able to better understand and control this pandemic, and to better prevent and prepare for future health emergencies," the statement said.

In comparison, the response from the US government was much more direct and strongly-worded.

She said Chinese authorities "have not been transparent, have not provided underlying data -- that certainly does not qualify as cooperation."

"[The report] doesn't lead us to any closer of an understanding or greater knowledge than we had six to nine months ago about the origin," she said.

A top Chinese medical expert said on Wednesday there was no factual basis to accusations that China did not share data with international researchers appointed by the World Health Organization to look into the origins of COVID-19.

Following the publication of the joint study into the origins of COVID-19 by China and the WHO on Tuesday, WHO Director-General Tedros Adhanom Ghebreyesus said China had withheld data from the international investigators.

But Liang Wannian, who was co-leader of the joint study, told reporters that researchers from both sides had access to the same data throughout the investigation and that the assertions about lack of access were not accurate, according to Associated Press.

“Of course, according to Chinese law, some data cannot be taken away or photographed, but when we were analyzing it together in Wuhan, everyone could see the database, the materials – it was all done together,” he said.

Responding to allegations that the expert panel did not have access to complete data sets and samples, Mr. Liang said no scientist ever had perfect information.

He also rejected complaints that the publication of the report had been repeatedly delayed, noting that “every sentence, every conclusion, every piece of data” needed to be verified by both sides before it could be released.

“Throughout we always upheld the principle of ‘quality comes first,’” said Mr. Liang, who is the head of a committee of experts on COVID-19 set up by China’s National Health Commission.

The joint study concluded that the most likely origin of COVID-19 was in animals, and probably passed through an intermediary species before it entered humans.

It also said more efforts were needed to see if COVID-19 could be traced back to wildlife farms in both China and southeast Asia.

Mr. Liang said China would continue to try to trace the origins of COVID-19, but the Chinese part of the joint research had been completed, and attention should now turn to other countries. 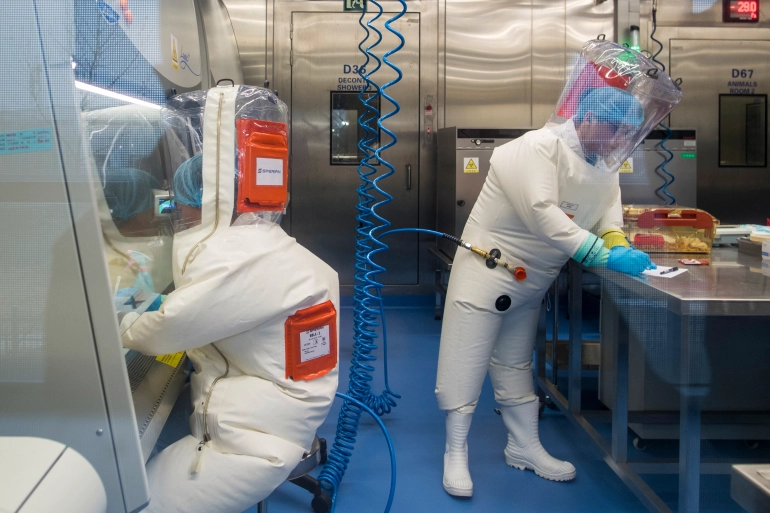 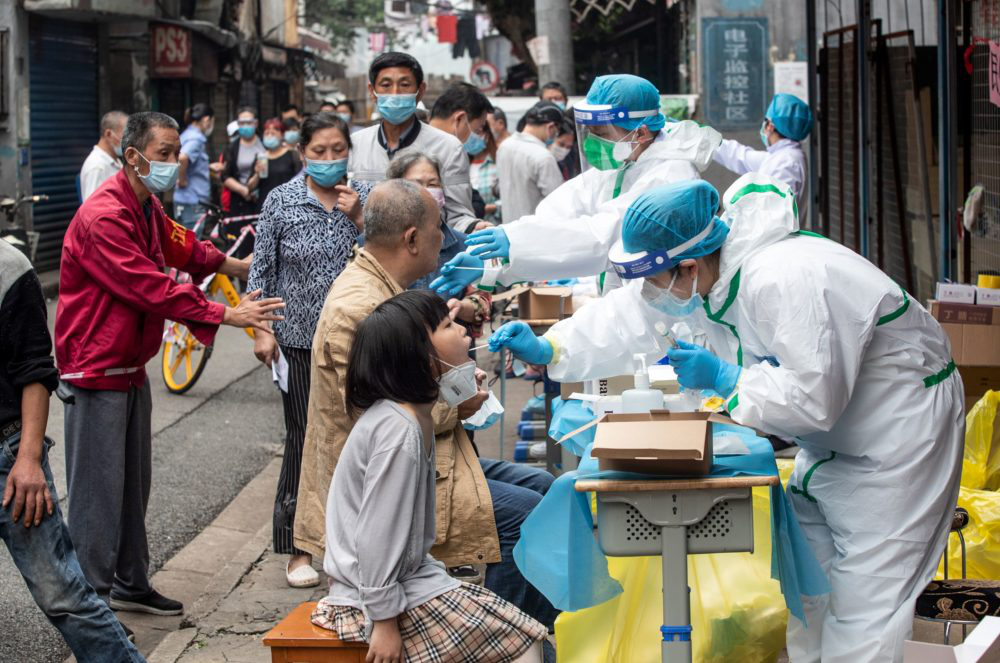