President-elect Joe Biden received a Covid-19 vaccine on live television Monday afternoon in a demonstration intended to encourage Americans to receive shots of their own when they can.

“There’s nothing to worry about. I am looking forward to the second shot,” Biden said from a hospital in Delaware.

Jill Biden, the incoming first lady, received a dose of the vaccine earlier in the day. Vice President-elect Sen. Kamala Harris of California and her husband, Doug Emhoff, will be vaccinated next week.

Biden’s vaccination, administered by Tabe Masa, the head of employee health services at ChristianaCare Hospital, comes as officials race to inoculate Americans around the country in the hopes of getting the rapidly spreading virus under control.

After receiving the vaccine, Biden credited the Trump administration for its work, saying it “deserves some credit getting this off the ground with Operation Warp Speed.”

“We owe these folks an awful lot, the scientists and the people who put this together, the front line workers, the ones who actually did the clinical work. It’s just amazing,” Biden said.

Biden received the first dose of the vaccine made by Pfizer, the first to be approved by U.S. regulators. A second vaccine, made by Moderna, began being shipped around the country over the weekend. Both require two doses to be administered several weeks apart, according to CNBC.

Secretary of State Mike Pompeo has blamed Russia for a massive cyberattack, saying "it's the case that now we can say pretty clearly that it was the Russians that engaged in this activity."

As reported by CBS News, Secretary of State Mike Pompeo has blamed Russia for a massive cyberattack, saying "it's the case that now we can say pretty clearly that it was the Russians that engaged in this activity."

He said "there was a significant effort to use a piece of third-party software to essentially embed code inside of U.S. government systems and it now appears systems of private companies and companies and governments across the world as well."

Pompeo made the remarks Friday on the conservative talk show "The Mark Levin Show." He said "we're still unpacking precisely what it is, and I'm sure some of it will remain classified."

However, President Trump contradicted Pompeo, writing on Twitter that China "may" have been responsible for the attack.

On the other hand, Senator Marco Rubio, the acting chair of the Senate Intelligence Committee, wrote on Twitter that he agreed with Pompeo.

It may take months before the U.S. and other nations and some businesses can determine the extent of the damage done by the brazen attack, which went undetected for months. Sources told CBS News it is believed to be the largest cyber espionage campaign in U.S. history, and it's not over.

Smith said the attack spans at least eight countries, with 80% of the targets in the U.S., including many of the company's clients. Targets included the State, Energy, Treasury and Homeland Security departments.

Among the concerns: that the breach at the Treasury Department may have exposed taxpayer information.

Officials say the tactics are similar to other large-scale attacks blamed on Russia. But investigators can't rule out other foreign adversaries.

Smith said, "We should assume that the number of victims is going to increase."

President-elect Joe Biden, who takes office in just over a month, said in a statement this week the intrusions were "a matter of great concern" and pledged to impose "substantial costs on those responsible for such malicious attacks."

The European Union geared up to start mass vaccinations against COVID-19 just after Christmas after the shot developed by Pfizer and its German partner BioNTech cleared regulatory hurdles on Monday, Reuters reported.

European Union countries including Germany, France, Austria and Italy have said they plan to start vaccinations from Dec. 27 as Europe tries to catch up with the United States and Britain, where inoculations began earlier this month.

Having secured a green light from the European Medicines Agency (EMA), the European Commission gave final approval on Monday evening to the EU’s first COVID-19 vaccine.

Commission President Ursula von der Leyen said doses would be available for all EU countries, at the same time and on the same conditions.

Pfizer and BioNTech said here they are ready to immediately ship initial doses of the vaccine, branded in the EU as Comirnaty, to the 27 EU member states.

Italian Health Minister Roberto Speranza hailed the approval as “the news we have been waiting for”.

“(It) opened up a new phase and gives us more strength and confidence” EMA officials said it was highly likely the vaccine would work against the new variant of the coronavirus.

EMA executive director Emer Cooke said it would take a long time to inoculate the 450 million people of the 27 EU countries.

“Vaccines alone will not be the silver bullet that will allow us to return to normal lives, but the authorisation of this first vaccine is definitely a major step in the right direction and an indication that 2021 can be brighter than 2020,” she told a news briefing.

A police officer in the Philippines has been arrested and charged with the double murder of a mother and her son following a dispute.

Jonel Nuezca turned himself in on Sunday after he was accused of shooting his neighbour Sonya Gregario, 52, and her 25-year-old son Frank.

A video, shared on social media, shows him firing another bullet at Ms Gregario as she lies on the ground.

The killings have prompted an outcry and renewed calls for police reform.

According to BBC, Mr Nuezca, who was accompanied by his young daughter at the time, has not publicly commented on the incident. But local police chief Noriel Rombaoa told local broadcaster DZMM that he admitted to the killings.

The shooting took place in the city of Tarlac as Mr Nuezca, who was off duty, tried to arrest Mr Gregario.

Debold Sinas, chief of the Philippine National Police, told local media that Mr Nuezca had already faced five administrative charges, including two for murder, though both were dismissed due to a lack of evidence. Mr Nuezca was still allowed to carry a gun while off-duty.

Since the video emerged online, various hashtags have been trending on social media calling for justice.

Eduardo Año, the Philippines' interior minister, condemned the killings and stressed that the incident was isolated.

Gold price prediction – prices whipsaw as risk off is mixed

Gold prices consolidate whipsawing and settling nearly unchanged as concerns about a new strain of the coronavirus spread through the Uk. The Greenback initially rose and then declined after hitting a 33-month low on last week. US yields moved higher despite a decrease in riskier assets. It appears that the U.S. Congress has agreed to a final stimulus package and a vote is likely to come on Monday or Tuesday with the President getting the bill by mid-week.

Gold prices whipsawed, moving higher and then lower before settling nearly unchanged. Support is near the 50-day moving average near 1,870, and the then 10-day moving average at 1,857. Target resistance is now seen near the November highs at 1,960. Short-term momentum has turned negative as the fast stochastic generated a crossover sell signal. Prices are overbought. The current reading on the fast stochastic is 83, above the overbought trigger level of 80, which could foreshadow a correction. Medium-term momentum is positive as the MACD (moving average convergence divergence) histogram prints in the black with an upward sloping trajectory which points to higher prices, according to FX Empire. 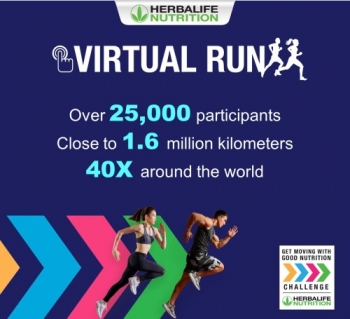