Coronavirus has spread and deeply effected so many countries all over the world, there are 11 countries that have remained pandemic free since it began 10 months ago, according to World Health Organization.
Chau Polly
January 18, 2021 | 20:35

Around the globe, countries are seeing record numbers of coronavirus cases, from Italy to the United States, where second or third waves reveal worse conditions than when the pandemic initially hit. But some countries have staved off the coronavirus pandemic since it began 10 months ago, reporting zero cases as of Nov. 12, according to the World Health Organization.

In December 2019, the coronavirus was seemingly confined to China. But, a few weeks later, the virus, which causes the illness known as COVID-19, became a global pandemic.

The virus, which leads to a respiratory illness that can be transmitted from droplets of bodily fluids – such as mucus and saliva, has now been reported in at least 188 countries.

Scientists, health officials and governments across the world have encouraged citizens to practise physical distancing and to avoid going out unless for necessary purposes.

According to data compiled by Johns Hopkins University, more than 29 million people have been infected, and the global death toll is at least 924,000. More than 19.6 million patients have recovered.

Nine of the 11 countries reporting no cases are island nations in the Pacific Ocean, and are likely experiencing the benefit of bordering only the ocean. But their strict travel policies may also be responsible for the islands’ success, as other island nations and territories have not fared as well.

Although these countries are reporting zero cases, that does not rule out that some may fly under the radar. As The Associated Press notes, two countries in particular, North Korea and Turkmenistan, have drawn skepticism from the international community about the accuracy of their health data.

The Government of Turkmenistan claims not to have detected any COVID-19 cases at all.

This is despite the fact neighbouring Iran has recorded more than 715,000 coronavirus cases to date and around 40,000 deaths.

What's more, the Global Health Security Index, released by John Hopkins University in 2019, ranked Turkmenistan's health system 147th out of 156 countries in terms of preparedness to mitigate the spread of an epidemic. Turkmenistan's COVID-free status is therefore more likely a symptom of the country's repressive policies than the truth.

Access to the country is limited, but World Health Organization (WHO) officials were permitted to travel there in July.

"WHO is aware of several sources reporting alleged COVID-19 transmission in the country, and is concerned about reports of increasing acute respiratory infections and pneumonia," its report said.

North Korea was one of the first countries to shut its borders, barring foreign tourists in January and halting all flights in and out. The Government in February indicated borders would not reopen until a cure was found. It has also mandated masks and restricted public gatherings.

In July, it looked as though the North's first case had emerged after somebody crossed the border from South Korea and authorities have repeatedly shut down the border city of Kaesong.

But a WHO situation report from North Korea from October 29 said there had been zero cases reported from 10,462 tests conducted — a very low number for a country of more than 25 million.

However, some 5,368 people were suspected COVID patients, the WHO said.

The archipelago that makes up Tonga, with about 170 islands of which 36 are inhabited, is neighbored by Fiji to the northwest, Samoa to the north and Niue to the northeast. The nation has reportedly kept the coronavirus off of its shores by restricting cruise ships in the early stages of the pandemic, closing airports and even instituting a national lockdown, according to The Associated Press, though the country has still seen no cases.

Made up of four inhabited islands and several uninhabited islands, Samoa is one of the westernmost countries in Polynesia, and is an independent nation and member of the Commonwealth. The country’s government prohibited nearly all travel to its islands, except for in exceptional circumstances, in which a mandatory quarantine period was instituted to avoid bringing COVID-19 to the country.

Palau, an archipelago of more than 300 islands, is located about 800 miles southwest of Guam and over 500 miles east of the Philippines. It is an independent country in free association with the United States. The island nation initially suspended all commercial air travel to stave off the coronavirus pandemic from its borders, later moving to a mandatory quarantining model.

Located about 1,500 miles northeast of New Zealand where it is politically associated, the island nation of Niue is one of the world’s largest coral islands, and the westernmost island of the Cook Islands, although it operates independently. The country has received support from New Zealand to help combat COVID-19.

Neighboring Kiribati, Nauru is the third-smallest country in the world by size; the single island, just over 8 square miles, is home to the second smallest population in the world at around 10,000. The country has reportedly kept the coronavirus at bay through similar travel restrictions to their neighboring island nations.

Thirty-two atolls, circular coral reefs, and one raised limestone island, make up Kiribati, located about 2,000 miles southwest of Hawaii. The country, one of the only nations located in all four hemispheres, instituted travel restrictions to combat COVID-19 early on, made easier given that only a handful of airlines make the trip to the remote nation.

While the Federated States of Micronesia, made up of over 600 islands, take up fewer than 300 combined square miles of land between four states, it occupies around 1 million square miles of ocean. Although the country has reported zero cases of COVID-19 according to the World Health Organization, it has received support from the U.S., China and Japan throughout the coronavirus pandemic.

Made up of 15 small islands, the Cook Islands is an island nation located in the South Pacific, more than 2,000 miles northeast of New Zealand, where it is politically linked. The country has reportedly kept the virus out with mandatory quarantining upon entry, and temporarily banning recreational boats from its ports, including cruise ships.

Located about halfway between Hawaii and Australia, Tuvalu is made up of three reef islands and six atolls, with a combined area of approximately 10 square miles and a population of over 10,000. The independent nation, a member of the Commonwealth, has seen success in closing its borders to travel, with a mandatory quarantine in some cases. 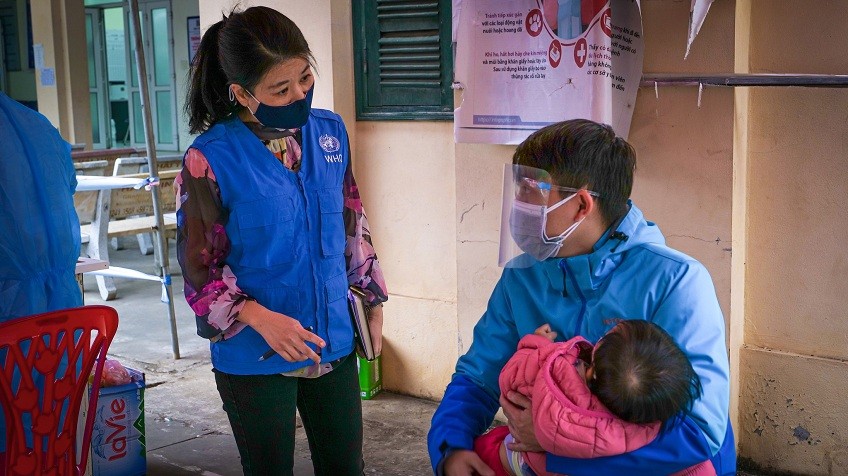