After being delayed for a year because of the pandemic, UNESCO finally released the list of new UNESCO World Heritage Sites from 2020 to 2021.
Charlotte Pho
August 01, 2021 | 22:26

From Saudi Arabia's Hima Cultural Area to Jordan's ancient agricultural town of As-Salt and forests in Thailand, a temple in India and the historic city of Nice, there were a total of 37 sites – 31 cultural and six natural – added to Unesco's World Heritage List at the 44th session of the World Heritage Committee in July.

Held online and chaired from Fuzhou, China, the session also considered sites that were proposed from last year, when the annual meeting was postponed because of the Covid-19 pandemic.

Liverpool's waterfront in the UK was removed from the World Heritage List after concerns about overdevelopment, including plans for a new football stadium. The move prompted the city's mayor Joanne Anderson to say she found it "incomprehensible" and that she would try to appeal.

"We will always value our heritage in Liverpool and will continue to support and develop it as we have done," she said in a video posted on Twitter. "We will try to appeal this decision."

UNESCO designated its first World Heritage Sites back in 1978, with Yellowstone National Park in the United States and the Galapagos Islands of Ecuador among the destinations on the inaugural round-up.

Four decades later, getting crowned a UNESCO World Heritage Site is still a highly coveted honor for many destinations.

UNESCO says that to be included on the World Heritage List, sites must be of "outstanding universal value."

The nomination process can span years, and if a landmark fails to make the cut one year, it could be examined again when the next UNESCO convention rolls around.

Destinations have to meet one of several criteria to make the list. Perhaps they're "a unique or at least exceptional testimony to a cultural tradition or to a civilization which is living or which has disappeared." Or maybe they contain "superlative natural phenomena or areas of exceptional natural beauty and aesthetic importance."

If a landmark gets UNESCO World Heritage status, the country can get financial assistance and expert advice from UNESCO to help preserve the site.

UNESCO status also puts the destination on the map, and is sometimes credited with upping tourist numbers.

On the flip side, some of the most famous UNESCO sites are also the destinations that have become most synonymous with the overtourism phenomenon in recent years -- take the canalside city of Venice, which has been under threat of losing its UNESCO status due to the impact of tourists and the Peruvian archaeological marvel of Machu Picchu, which struggled with overwhelming footfall pre-pandemic.

Spain: Paseo del Prado and Buen Retiro, a landscape of Arts and Sciences

China: Quanzhou: Emporium of the World in Song-Yuan China

Uruguay: The work of engineer Eladio Dieste: Church of Atlántida

Jordan: As-Salt - The Place of Tolerance and Urban Hospitality

Chile: Settlement and Artificial Mummification of the Chinchorro Culture in the Arica and Parinacota Region

Italy: The Porticoes of Bologna

Russia: Petroglyphs of Lake Onega and the White Sea

The Trans-Iranian Railway of Iran

The Trans-Iranian Railway connects the Caspian Sea in the northeast with the Persian Gulf in the southwest crossing two mountain ranges as well as rivers, highlands, forests and plains, and four different climatic areas. Started in 1927 and completed in 1938, the 1,394-kilometre-long railway was designed and executed in a successful collaboration between the Iranian government and 43 construction contractors from many countries. The railway is notable for its scale and the engineering works it required to overcome steep routes and other difficulties. Its construction involved extensive mountain cutting in some areas, while the rugged terrain in others dictated the construction of 174 large bridges, 186 small bridges and 224 tunnels, including 11 spiral tunnels. Unlike most early railway projects, construction of the Trans-Iranian Railway was funded by national taxes to avoid foreign investment and control.

The Chankillo Archaeoastronomical Complex is a prehistoric site (250-200 BC), located on the north-central coast of Peru, in the Casma Valley, comprising a set of constructions in a desert landscape that, together with natural features, functioned as a calendrical instrument, using the sun to define dates throughout the year. The site includes a triple-walled hilltop complex, known as the Fortified Temple, two building complexes called Observatory and Administrative Centre, a line of 13 cuboidal towers stretching along the ridge of a hill, and the Cerro Mucho Malo that complements the Thirteen Towers as a natural marker. The ceremonial centre was probably dedicated to a solar cult, and the presence of an observation point on either side of the north-south line of the Thirteen Towers allows the observation both of the solar rising and setting points throughout the whole year. The site shows great innovation by using the solar cycle and an artificial horizon to mark the solstices, the equinoxes, and every other date within the year with a precision of 1-2 days. It is thus a testimony of the culmination of a long historical evolution of astronomical practices in the Casma Valley.

The Lighthouse of Cordouan rises up on a shallow rocky plateau in the Atlantic Ocean at the mouth of the Gironde estuary, in a highly exposed and hostile environment. Built in white limestone dressed blocks at the turn of the 16th and 17th centuries, it was designed by engineer Louis de Foix and remodelled by engineer Joseph Teulère in the late 18th century. A masterpiece of maritime signalling, Cordouan’s monumental tower is decorated with pilasters, columns modillions and gargoyles. It embodies the great stages of the architectural and technological history of lighthouses and was built with the ambition of continuing the tradition of famous beacons of antiquity, illustrating the art of building lighthouses in a period of renewed navigation, when beacons played an important role as territorial markers and as instruments of safety.

Rudreshwara, popularly known as Ramappa Temple, is located in the village of Palampet approximately 200km north-east of Hyderabad, in the State of Telangana. It is the main Shiva temple in a walled complex built during the Kakatiyan period (1123–1323 CE) under rulers Rudradeva and Recharla Rudra. Construction of the sandstone temple began in 1213 CE and is believed to have continued over some 40 years. The building features decorated beams and pillars of carved granite and dolerite with a distinctive and pyramidal Vimana (horizontally stepped tower) made of lightweight porous bricks, so-called ‘floating bricks’, which reduced the weight of the roof structures.

Located at the urban heart of Madrid, the 200-hectare cultural landscape evolved since the creation of the tree-lined Paseo del Prado avenue, a prototype of the Hispanic alameda, in the 16th century. The avenue features major fountains, notably the Fuente de Cibeles and the Fuente de Neptuno, and the Plaza de Cibeles, an iconic symbol of the city, surrounded by prestigious buildings. The site embodies a new idea of urban space and development from the enlightened absolutist period of the 18th century. Buildings dedicated to the arts and sciences join others in the site that are devoted to industry, healthcare and research. Collectively, they illustrate the aspiration for a utopian society during the height of the Spanish Empire. The 120-hectare Jardines del Buen Retiro (Garden of Pleasant Retreat), a remnant of the 17th-century Buen Retiro Palace, constitutes the largest part of the property displaying different gardening styles from the 19th century to the present.

Saudi Arabia's Hima Cultural Area was on Saturday officially recognized by the UNESCO as a World Heritage Site during its 44th session held online and chaired from Fuzhou, China.

Located in an arid and mountainous area of southwest Saudi Arabia, on one of the Arabian Peninsula's ancient caravan routes, the Hima Cultural Area contains a substantial collection of rock art images depicting hunting, fauna, flora and lifestyles in a cultural continuity of 7,000 years, according to the UNESCO official website.

Travellers and armies camping on the site left a wealth of rock inscriptions and petroglyphs through the ages and until the late 20th century, most of which are preserved in pristine condition, it said.

"The area has outstanding universal value, providing us with many lessons about the evolution of human culture and life in ancient times," said Jasir Alherbish, head of the Heritage Commission.

"We are working to preserve the area and conduct further research on these rock art images. We welcome more local and international travellers to visit this historic cultural site," Alherbish added. 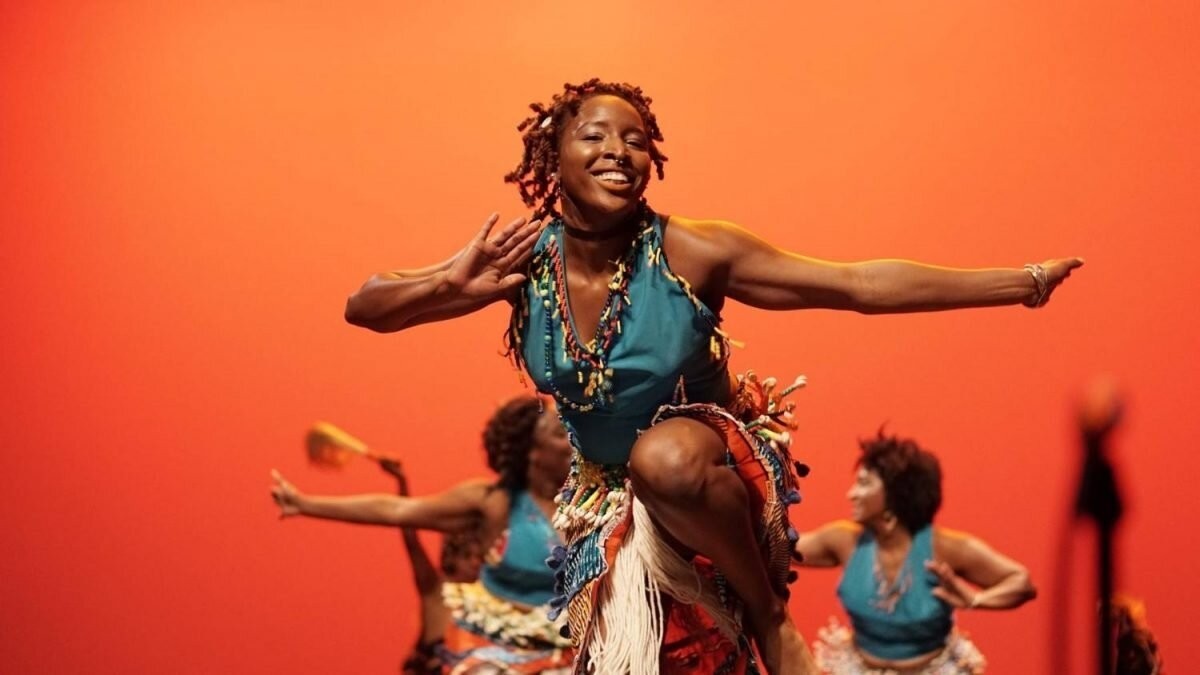 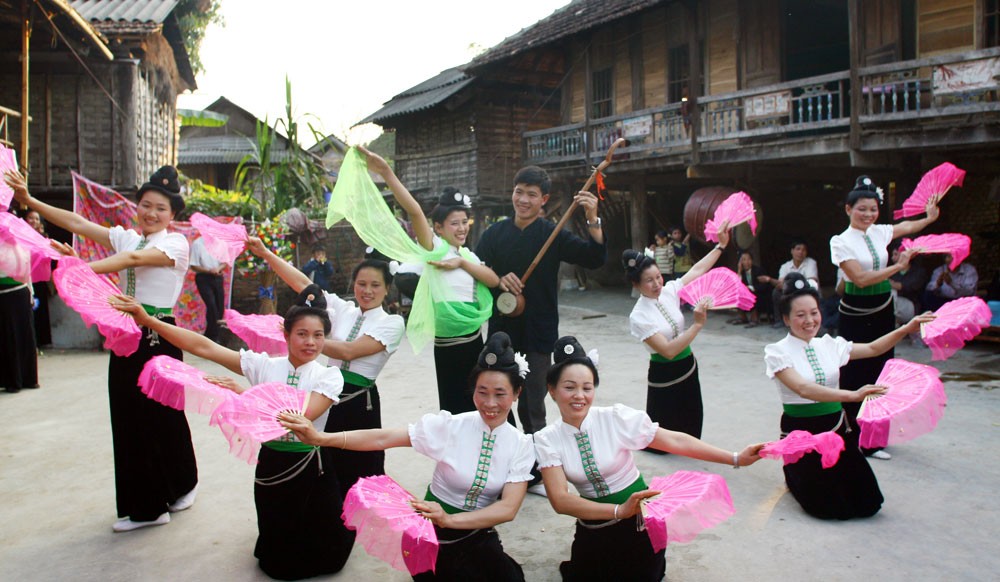 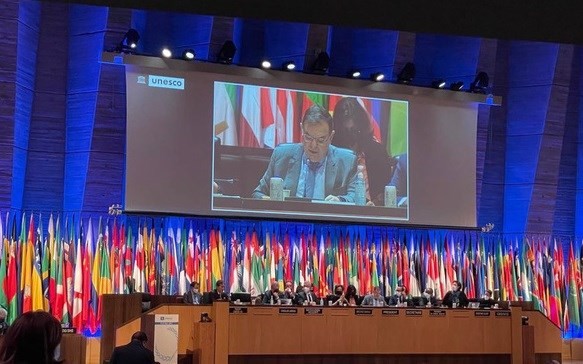