The 9th Ocean Dialogue with the theme "Marine Scientific Research: Confidence Building and Environment Sustainability" was held in Nha Trang on October 5. The dialogue aims to clarify the value of marine scientific research in the South China Sea.
Rosie Nguyen
[email protected] October 08, 2022 | 06:27

The 9th Ocean Dialogue was jointly held by the Diplomatic Academy of Vietnam (DAV), the British Embassy in Vietnam, and the Konrad-Adenauer-Stiftung (KAS) – a German political foundation.

The 9th Ocean Dialogue was attended by 200 international and domestic delegates, including nearly 100 delegates in Nha Trang.

There were 17 speakers who are prestigious experts and scholars from such countries as the US, the UK, Germany, China, India, Singapore, the Philippines, and Indonesia, and representatives of foreign diplomatic agencies in Vietnam.

Speaking at the dialogue, DAV Deputy Director Dr. Nguyen Hung Son said marine scientific research plays an important role in the conservation, restoration of biodiversity, and sustainable development of the ocean. Therefore, the dialogue seeks opportunities to enhance cooperation between coastal nations and international partners in the work.

In the context of rising tensions in disputed areas, marine scientific research is a topic for all parties to discuss, and have mutual interests in cooperation, thereby building trust, and strengthening peace, stability, and common development.

Prof. Pham Huy Giao (PetroVietnam University) said that marine research is an interdisciplinary study. However, in Vietnam, there is no university that specializes in marine, marine research, and marine geology.

The United Nations has identified the year 2021 to 2030 as the ocean decade. This time is not only for the exploitation of ocean resources for economic development but also for sustainability.

For example, renewable energy is a new industry but our training is not yet available. According to Pham Huy Giao, to study marine science, it is necessary to train people, by combining domestic and international training.

In the current period, it is necessary to pay attention to two factors; digital transformation and energy shift.

The 9th Ocean Dialogue is divided into four main sessions.

The first session discussed legal aspects including UNCLOS provisions relating to marine scientific research activities in the South China Sea; challenges to UNCLOS from human activity and new technologies; ways to ensure and maintain the ocean governance role of UNCLOS.

The second and third sessions discussed international and regional practices in marine scientific research. This is to suggest proposals and ideas for cooperation in scientific research in the South China Sea, with presentations by speakers: Professor John McManus of the University of Miami (USA); Professor, Dr. Suzette Suarez from Hochschule Bremen University (Germany); Professor Yen Chiang Chang - China.

In session 4, the delegates contributed ideas and policy recommendations to enhance trust between the parties on the basis of promoting marine scientific research activities in the region.

Speakers and participants of the dialogue assessed that in disputed areas, the distrust among coastal states stemming from the conflict of interests has hindered extensive cooperation in marine scientific research activities.

Therefore, marine scientific activities need to strictly comply with the provisions of UNCLOS. At the same time, it is necessary to have policies to reduce mistrust and strengthen scientific cooperation in the region.

According to Dr. Nguyen Hung Son, the purpose of the 9th Ocean Dialogue is to clarify the value of marine scientific research activities in the South China Sea area.

This is an area of high biodiversity. However, it is being negatively affected by climate change, marine pollution, and the depletion of resources.

This area also faces challenges from the issue of territorial sovereignty disputes. Therefore, the dialogue aims to seek opportunities to strengthen cooperation between coastal states and international partners in marine scientific research activities in the South China Sea.

The 9th Ocean Dialogue was held in Nha Trang, which represents the richest and most diverse marine ecosystem in Vietnam. 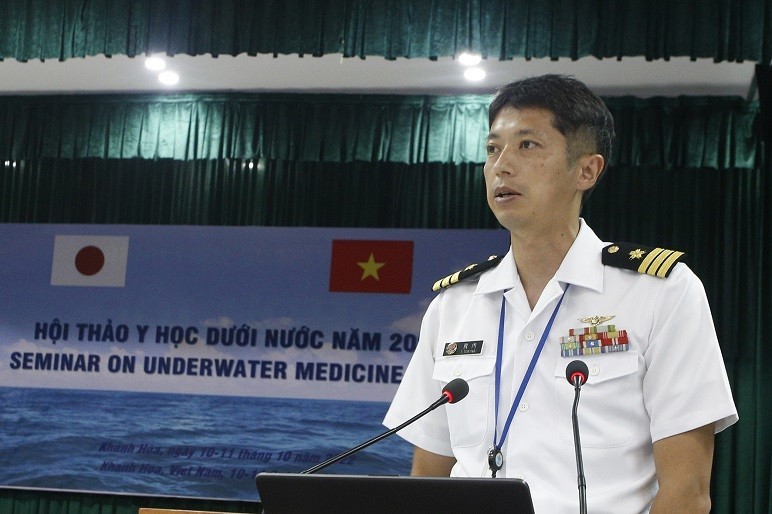