Angelina Jolie made a rare public appearance in West Hollywood on Thursday, with Pax and Zahara. Along with his mature apperance, the adoptive Vietnamese child, Pax, chose a plaid button down shirt and gray baseball hat along with a black-and-white patterned mask.
Ruby Lee
lethanhha8991@gmail.com April 26, 2021 | 05:24

According to Page Six, Angelina Jolie made a rare public appearance in West Hollywood on Thursday, treating two of her children, Pax and Zahara, to sushi.

Jolie, 45, wore nothing but black from her bag to her sandals, along with a mask that read, “100% human.” Zahara, 16, twinned with her mom in a similarly monochromatic outfit, while Pax, 17, was the most colorful of the trio in a red and blue plaid shirt and a gray flat-brim baseball hat.

The Lara Croft star headed to sushi with son Pax, 17, and daughter Zahara, 16, who both looked so grown up as they stepped out with their Oscar winning mom. The trio skipped their usual Nobu and were seen dining at the inconspicuous Sushi Park on Sunset Boulevard, which has earned accolades from media like Gwyneth Paltrow‘s goop and website The Infatuation. The eatery is known for its omaske dining option which costs about $200 per guest.

The sighting comes after Angelina, who is the daughter of actor John Voight, made a public reference to her ongoing split from ex Brad Pitt, 57. The pair tied the knot in 2014 after 8 years together, sadly announcing their break-up in Sept. 2016. As the two A-Listers navigate their divorce, Ang suggested that she’s been unable to direct films — which is her true passion. “I love directing, but I had a change in my family situation that’s not made it possible for me to direct for a few years,” she said to Entertainment Weekly.

“I needed to just do shorter jobs and be home more, so I kind of went back to doing a few acting jobs. That’s really the truth of it,” she also said. Angelina directed four films between 2011 – 2021 according to her iMDB page: In The Land of Blood and Honey, Unbroken, By The Sea, First They Killed My Father. In addition, she’s acted in seven films and several of which have been voice roles like Kung Fu Panda 2 and 3.

The actress has been out occasionally through the COVID-19 with her kids, including Shiloh, 14, and twins Vivienne and Knox, 12. In particular, the actress and her kids — particularly Vivienne — have frequented the zany Soap Plant / Wacko gift shop near their Los Feliz, CA area home. Son Maddox, 19, has been attending college in South Korea

According to Daily Mail, the actor's outing comes amid her ongoing custody battle with her estranged husband. The couple tied the knot in 2014 after several years of dating, before separating in 2016.

The couple's split kicked off a still-ongoing custody battle concerning the welfare of their adopted and biological children.

Earlier this year, Jolie filed legal paperwork alleging that the Once Upon A Time In Hollywood subjected her and the couple's kids to acts of domestic abuse during the span of their relationship.

The actress agreed to provide testimony to back up her claims, and noted that several of her children would do the same.

In March, the couple's eldest child, Maddox, appeared in court to give his opinion on the matter and did not paint his estranged father in a positive light.

One of the most multicultural families in showbiz history

In 2007, Jolie added yet another to her brood, adopting Pax from Vietnam. His biological mother abandoned him at the Tam Binh Orphanage, and he spent three years there before the famous couple met him and fell in love, SCMP reported.

The high school student is considered the most private of the Jolie-Pitt clan, and is rarely seen out in public with his famous family.

He is currently learning Vietnamese, which he used to speak before he was adopted. As Entertainment Daily reported, he is reportedly working on becoming fluent in Vietnamese and may have an acting career in his future. As he had a small voice role in Kung Fu Panda 3, for which his mum is one of the main voice stars.

When she picked up Pax in 2007, Jolie told Ho Chi Minh City Law newspaper, according to a translation in the Associated Press: 'I will stay at home to help Pax adjust to his new life. I have four children and caring for them is the most important thing for me at the moment. I am very proud and happy to be their mother.'

'Everyone would agree that children need to have a family. I have the ability to help children fulfill that desire. Why should I say no?'

Pax was three years old when he was adopted by Jolie after she applied to be his main carer through an agency in the US, Daily Mail reported.

Abandoned at birth by a drug addict mother, he was called Pham Quang Sang before being renamed by Jolie. Pax is Latin for peace and Thien is Vietnamese for heaven.

Jolie has helped her adopted children connect with their roots, telling Harper’s Bazaar in June 2020, “When they are from another race and foreign land, that mystery, that gift, is so full. For them, they must never lose touch with where they came from … Honour them. Learn from them. It’s the most amazing journey to share.”

Actress Angelina Jolie has six children who as of 2021 are aged between 12 and 19 years. As Hollywood Life reported, the actress has been out occasionally through the COVID-19 with her kids, including Shiloh, 14, and twins Vivienne and Knox, 12. In particular, the actress and her kids — particularly Vivienne — have frequented the zany Soap Plant / Wacko gift shop near their Los Feliz, CA area home. Son Maddox, 19, has been attending college in South Korea since 2020 but was seen out with his siblings and mom for a dinner at Nobu Malibu in Aug. 2020. 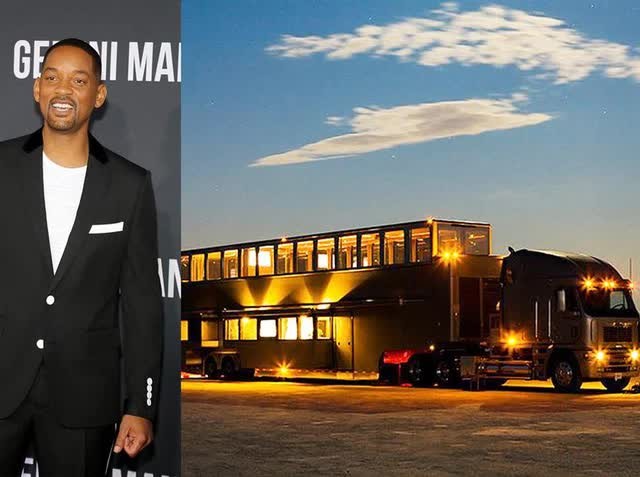