The 2022 FIFA World Cup culminates in an exciting final this weekend as Argentina take on Didier Deschamps' France side at the Lusail Stadium on Sunday.
Charlotte Pho
December 18, 2022 | 20:21

The headline act of a sparkling World Cup 2022 programme commences on Sunday afternoon at the Lusail Iconic Stadium, as Argentina and reigning champions France strive for international supremacy in a mouthwatering final.

Les Bleus will step out onto the Lusail turf as the first holders in 24 years to participate in the final, which they booked their tickets for courtesy of a 2-0 win over African trailblazers Morocco in the semi-finals.

Meanwhile, Lionel Scaloni's men denied Croatia a second successive appearance in the showpiece event with a 3-0 victory in the final four, and the pre-match build-up has unsurprisingly been focused on one man.

France remain the favorites to win the FIFA World Cup this year and have made the most of their stellar squad throughout the competition. Les Bleus were fairly comfortable in their 2-0 victory against Morocco in the semifinals and will be intent on achieving a similar result in the final.

Argentina, on the other hand, have been on an inspired run at the World Cup with Lionel Messi leading the charge. The Albiceleste are within touching distance of ending their 36-year drought at the World Cup and will look to their talisman yet again this weekend.

• Argentina have a good record against France and have won six out of the 12 matches played between the two teams, as opposed to France's three victories.

• Lionel Messi is Argentina's most prolific goalscorer at the FIFA World Cup with 11 goals and could surpass Diego Maradona's tally of eight World Cup assists this weekend.

• France have reached the World Cup final four times since they won the trophy in 1998 - twice as many as any other nation has managed during this period.

• Argentina have won two of their last three matches against France but did lose their previous meeting against Les Bleus in 2018 by a 4-3 scoreline.

• France are unbeaten in their last 10 matches against nations from South America in the FIFA World Cup.

Two Argentinians were forced to watch the semi-final from the suspension step after picking up their second bookings of the tournament against the Netherlands, but Marcos Acuna and Gonzalo Montiel are at Scaloni's disposal once again.

Montiel is fighting a losing battle to come in for Nahuel Molina on the right, but Acuna can feel confident of taking Nicolas Tagliafico's place in what will most likely be a four-man backline, as Lisandro Martinez is restricted to substitute minutes again - much to the chagrin of Manchester United fans.

La Albiceleste should only be working with one injury doubt in the form of Alejandro Gomez, who is not fully over an ankle sprain and may only make the bench at best, and hearts were in mouths when Messi was pictured giving his hamstring a once-over in the semi-finals.

There is nothing to suggest that the veteran attacker will not be able to take his place in the starting lineup, where he ought to become the outright record-holder for World Cup appearances with 26, and a formation tweak could see him joined by another in the twilight of his international career in Angel Di Maria.

The hot-headed Leandro Paredes would be the unfortunate name to make way if Di Maria can prove his fitness in time, as Paulo Dybala and Lautaro Martinez aim to improve their output as impact substitutes once more.

Over in the France camp, the constant air conditioning in Qatar claimed its next victims in Dayot Upamecano and Adrien Rabiot, while Kingsley Coman was also feeling under the weather before the semi-finals and has now reportedly been joined in the sick bay by Raphael Varane and Ibrahima Konate. All five players are said to have reported back for training over the weekend, but with their immune systems working overtime, Bleus doctors will still need to give a last-minute green light.

Rabiot and Upamecano are understood to be feeling better and should apply for places in the first XI. The former can expect to slot straight back in for Youssouf Fofana in the middle, but Deschamps is facing more of a quandary at the back.

Konate deservedly earned high praise for his performance against Morocco but is reported to be feeling worse than Varane, so Deschamps will still be expected to bring Upamecano back into his tried-and-tested formula, while Coman was never likely to push for a starting role anyway.

Left-back Theo Hernandez took a couple of blows to the knee against Morocco, but that is not expected to jeopardise his place in the starting lineup for the final, while Kylian Mbappe will resume his individual battle with fellow five-goal star Messi for the Golden Boot.

The 23-year-old would become the youngest ever player to net in more than one World Cup final should his attacking endeavours prove successful, and he will be supported by creator-in-chief Antoine Griezmann, who has fashioned a tournament-high 21 chances for his teammates so far.

Lionel Messi has grown into his role with Argentina and has stepped up as their leader at the 2022 World Cup. The South American champions have rallied around their talisman and have become a particularly difficult opponent to defeat.

France have lethal pace on both flanks and are virtually unstoppable on the counterattack. Argentina have been tactically astute at the tournament so far and could potentially keep the French attack at bay on Sunday.

We expect Messi's Argentina to secure a narrow victory against the French in this weekend's highly-anticipated World Cup final. 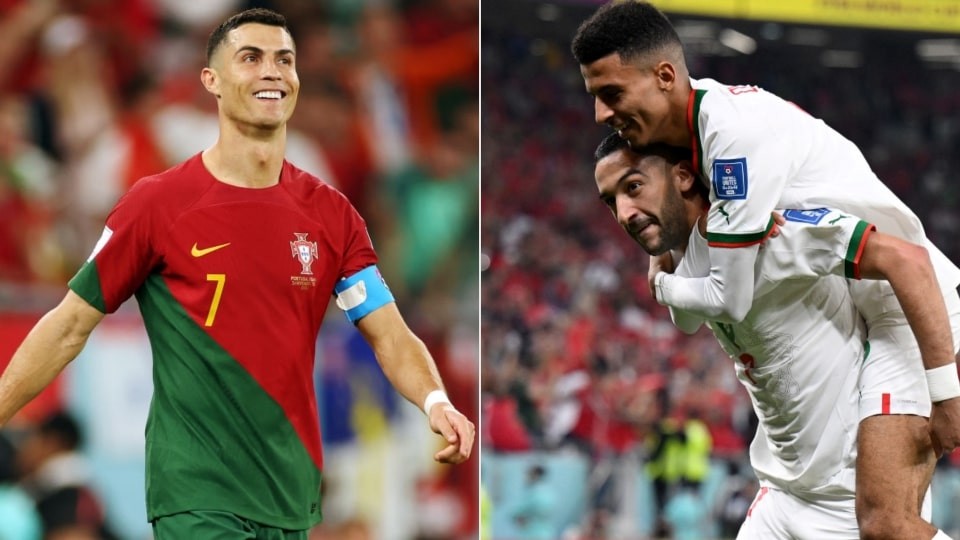